The Real Cause of Osteoporosis or Weak Bones

Cause and Cure of Osteoporosis

Since science is constantly discovering new things, it is good to know that this article was written in April 2011. I see from questions on Hubpages that there is a lot of confusion about this subject of osteoporosis and bone density. Lack of bone density does not have to be your destiny.

Make sure to read to the end, since that is where I have the great quotes by medical doctors about this and other causes of osteoporosis. The links are in blue. To go back to other sites, you can right click on the back button, to see a list of them. You can always click on File and New Window to open a link in a new window, if you have the memory to handle that.

RESULTS: We found no evidence that higher intakes of milk or calcium from food sources reduce fracture incidence.

CONCLUSIONS: These data do not support the hypothesis that higher consumption of milk or other food sources of calcium by adult women protects against hip or forearm fractures.

See this article Do You Get Enough Calcium & Protein with June 2016 information. The Calcium Dietary Supplement Fact Sheet (see above article for link) from U.S. Institutes of Health, Office of Dietary Supplements says:

Serum calcium is very tightly regulated and does not fluctuate with changes in dietary intakes; the body uses bone tissue as a reservoir for, and source of calcium, to maintain constant concentrations of calcium in blood, muscle, and intercellular fluids. The remaining 99% of the body's calcium supply is stored in the bones and teeth where it supports their structure and function.

The first thing that people think of is that there is not enough calcium in the diet and that causes osteoporosis or weak bones. Dairy has a lot of calcium in it. If you look at Wikipedia under Protein, it says that drinking milk causes weak bones. That is if it has not been removed by someone working for the Dairy Industry.

Animal foods are very high in protein, like dairy foods. Cheese has more calcium than milk and Americans eat a lot of cheese. Yet Americans have high rates of osteoporosis or weak bones. As far as the average American eating too much protein, the American Dietetic Association (ADA) says that the average vegan eats twice the protein that they need.

For a vegan this would be eating a lot of tofu or seitan with a little bit of vegetables, instead of eating a lot of vegetables with a little bit of seitan or tofu. Seitan is a wheat product with twice the protein of meat. So by eating the excess amount of protein, that seems normal to Americans but would be very abnormal to people in many other countries, the body becomes too acid.

So the body tries to neutralize this acid by taking the calcium out of the bones. But why can't it recycle that calcium? The calcium is bonded to the acid to neutralize it and then the body gets rid of it through the urine.

Below you will see more about what Dr Joel Fuhrman says about other foods affecting bone density. But as far as foods that are alkaline and acid, you find that the unprocessed healthy foods are usually alkaline and the man-made unhealthy foods are usually acid. Please note that acid fruits are alkaline since this refers to what is left after it is digested.

Also the Chinese say that it is better to go 3 days without food than to go one day without tea! The Chinese started drinking tea 5,000 years ago, not because it tasted good but because it was the healthiest herb around! The green tea and white tea are healthier than the black tea that is more fermented than the other two.

Green tea is the most alkaline food that exists! I bet you all the tea in China, that osteoporosis can be beat! The book Anticancer has a whole page about green tea (page 102).

Green tea also acts as a detoxifier for the body. It activates mechanisms in the liver that can that can then eliminate cancerous toxins from the body more rapidly.

Instead of getting calcium from dairy products you can get it from orange juice, leafy greens and many plant foods. Leafy greens also have vitamin K1 that is also needed for bone health. According to Joel Fuhrman M.D., all this excess protein in the American diet contributes to high blood pressure and cardiovascular problems like strokes and heart attacks. Forty percent of Americans over the age of 40, have high blood pressure (hypertension).

Joel Fuhrman created the term 'nutritarian' diet where people eat nutrient dense foods. He created the ANDI scale of foods that is is used by Whole Foods Market. Hundreds of doctors follow his nutritarian diet. He says that Americans eat about 5 times the protein that they need. Also ex-President Bill Clinton has become a vegan except for fish every once in a while.

My college textbook on nutrition says that protein deficiency is rare in the world and does not exist in this part of the world. Kwashiorkor, which is commonly considered to be a protein deficiency, is actually a symptom of malnutrition in general. If you give kwashiorkor sufferers a diet containing sufficient calories, their “protein deficiency” symptoms clear up automatically – even if they’re eating just bread or rice. I think it was used to by the meat industry to make you think you need to worry about protein.

Also needed for good bone density and to avoid osteoporosis, you need many other nutrients including vitamin D, vitamin K1, K2, magnesium, boron and others . You also need to be doing weight bearing exercises that stress your bones. "Use it or lose it!" The best for this is resistance training or weightlifting. Also carrying your baby or groceries also helps. Our ancestors have been doing this for hundreds of thousands of years.

Please note that it is very important to get enough vitamin D, far beyond what you need for bone health to prevent cancer, cardiovascular problems and many other things. So see the Vitamin D article here. Also Vitamin K-2 in the MK-7 form helps to take calcium out of the arteries and put it into the bones according to many studies. See the article on Vitamin K-2 here for why this is the most effective and a food source of it. Note that you can right-click on the BACK button to list the websites you were at so you can jump back to them.

The PCRM is the Physicians Committee for Responsible Medicine. Their article The Protein Myth says:

Increased calcium excretion increases risk for kidney stones. Researchers in England found that when people added about 5 ounces of fish (about 34 grams of protein) to a normal diet, the risk of forming urinary tract stones increased by as much as 250 percent.

To consume a diet that contains enough, but not too much, protein, simply replace animal products with grains, vegetables, legumes (peas, beans, and lentils), and fruits. As long as one is eating a variety of plant foods in sufficient quantity to maintain one’s weight, the body gets plenty of protein.

Keep in mind [page 22] that eating plant protein leads to less calcium loss than animal protein, a benefit to those who are vulnerable to osteoporosis. In general, as you increase your protein intake, you increase the amount of calcium lost from your bones. The acidity that occurs with eating meat increases the calcium loss compared with plant protein.

For one thing, the more protein you take in, the more calcium you excrete in your urine, thus raising your risk for osteoporosis.

A high-protein diet is also associated with some risk for kidney damage among susceptible people.

Here is more information from Fasting and Eating for Health (by Joel Fuhrman M.D.). This book has a 3 page chapter called High-Protein Diets Cause Osteporosis . Page 39 says:

Multiple studies have linked osteoporosis not to low calcium intakes, but to diets high in protein, salt, refined sugar, caffeine, and phosphorus contained in soft drinks, all of which cause an excessive loss of calcium in the urine.

My uncle, Dr. Bernard Bluestein (Uncle Bernie) (PhD in chemistry with wife Claire who was also a PhD in chemistry) got me interested in chemistry when I was very young. For more on the chemistry, calcium (and other minerals) can combine with acids to form a salt. That is how calcium neutralizes an acid. For example calcium citrate [Ca3(C6H5O7)2] is the calcium salt of citric acid [C6H8O7].

One of the things mentioned above by Dr. Fuhrman is salt. He promotes a diet with no salt ideally. New Zealander researchers put elderly woman on a low-salt diet (1,600 mg daily). Then they switched them to a high-salt diet (3,900 mg of salt daily). They ate the same amount of calcium on both diets. On the high-salt diet, 30% more calcium was flushed out of the body! Also read about how Salt Can Make You Overweight and how it is the Main Cause of High Blood Pressure. In the above, you learn that consuming foods that are high in potassium helps your body to get rid of excess sodium from salt. 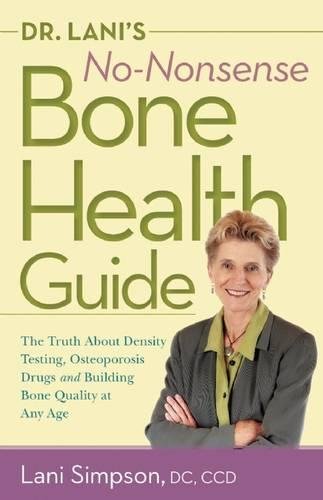