The Wonders of Vitamin E

The Wonders of Vitamin E

Which among the vitamins are the most versatile in terms of its uses ?

I used to think that vitamin C is the best vitamin in combating aging and deterioration of body cells. But just recently, I came across this user's guide to antioxidant supplements and found out that there is another vitamin that can match the versatility of vitamin C, if not surpass vitamin E can match Vitamin C. In this article I enumerated several benefits of taking vitamin E.

* Vitamin E As a Heart Protector

During the middle part of the twentieth century, Canadian physicians Wilfrid and Evan Shute discovered that supplements containing natural vitamin E could reverse heart ailment. Decades after the deaths of the Shute brothers, vitamin E has come to be recognized as highly effective in preventing heart ailment.

Dr. Nigel G. Stephens and his colleagues at Cambridge University conducted a study on the effectivity of vitamin E in preventing heart ailment. In this study, he gave 400 or 800 IU of natural vitamin E or placebo to 2,000 patients who were previously diagnosed with heart ailment. Those who took vitamin E reduced their incidence of heart attack by 77 percent as compared to the placebo group.

Just recently, there is a new test that has been developed to measure heart disease risk.

This test measures C-reactive protein (CRP) levels in the bloodstream. Studies revealed that high levels of CRP in the blood reflects high probability of the occurrence of a heart attack by four and a half times. Other research work revealed that high doses of vitamin E lowers CRP levels. A certain research study done at the University of Otago, New Zealand, demonstrated that CRP levels were lowered by half in participants who took 800 IU of vitamin E for four weeks.

Antioxidants such as vitamin E protect our body against the destructive effects of free radicals, which may contribute to the development of cancer. Vitamin E also may block the formation of nitrosamines which are carcinogens formed in the stomach.

In 1998, Finnish researchers gave either vitamin E or placebo to 29, 100 male smokers. The vitamin E users had 32 percent fewer cases of prostate cancer during the course of the study.

* Vitamin E As a Protector of Polyunsaturated Fatty Acids (PUFAS)

Vitamin E is the most important antioxidant situated in the cell membrane.

PUFAS make cell membrane flexible. They facilitate the passage of nutrients into the cell and wastes out the cell. Vitamin E protects these delicate fatty acids against oxidation. The more PUFAS are found in a cell membrane, the more vitamin E this cell requires to prevent free-radical damage. Cells with high PUFA levels include red blood cells, neurons , the lining of the lungs. Vitamin E forms part of the fatty membranes that surround all cells. It neutralizes several types of free radicals, deactivating certain oxidative chain reactions.

* Vitamin E As a Protector of Immune Cells

Immune cells which surround pathogens (disease-causing agents ) also require a lot of vitamin E to shield them against the oxidation that occurs when they fight against unwanted invaders.

* Vitamin E As a Possible Cure for Respiratory Allergies

A study from the University of Nottingham in England revealed that those whose diets were richest in vitamin E had lower levels of immunoglobulinE or IgE.

IgE is an indicator of allergic reactions.

Vitamin E has healing effects on people with rheumatoid arthritis (RA), a painful runaway inflammation of joint tissues. As published by the "Annals of the Rheumatic Diseases", a study revealed that 900 IU of vitamin E per day twice daily reduced RA pain by about 50 percent, and 60 percent of the participants taking vitamin E reported feeling better overall during the twelve-week study course.

Research has demonstrated consistently that high vitamin E intake through food can lower the risk of Alzheimer's Disease.

As a scientific fact, it is widely accepted that excessive free-radicals in the body plays a major role in adult-onset(type 2) diabetes, and higher intake of Vitamin E has been linked with lower risk of developing this disease.

Observational studies have found that lens clarity, which is used to diagnose cataracts was better in regular users of Vitamin E supplements, and in people with higher blood level of vitamin E. 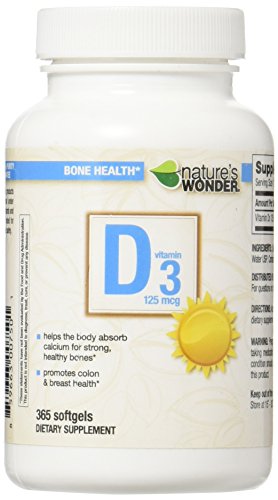