The Ancient Disease of Leprosy. Hansen's Disease Symptoms and Treatment.

Lela is a Certified Medical Laboratory Scientist (ASCP) with 38 years of experience in the medical industry and blood banking. 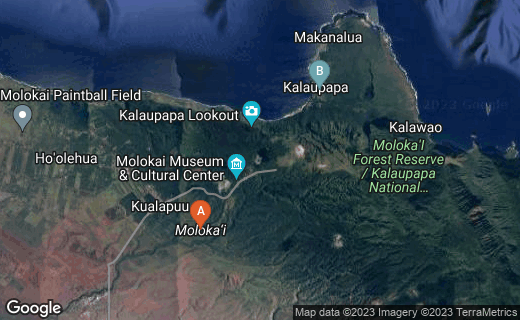 Father Damien's famous leper colony on the island of Molokai, Hawaii. Now famous for the mule ride to get down to the colony!

What is Leprosy or Hansen's Disease?

Mycobacterium leprae is the bacterium that causes Leprosy. The symptoms include sores that will not heal and decreased sensitivity, especially in the fingers, toes and nose. Other symptoms include muscle weakness and nerve damage that gets worse over time.

Leprosy is most frequently diagnosed in children. The earlier a diagnoses, the earlier it can be treated. Once a leprosy patient begins treatment, the disease is not considered to be transmissible. Before treatment, the bacteria is difficult to transmit, but possible.

Leprosy is treated with three specific antibiotics over a rather long period of time. Often the treatment goes for one to two years. After that, the patient is considered to be cured.

This disease is quite an interesting one for epidemiologists. Leprosy is still prevalent in the Philippines, India, Africa and sub-tropical areas. About 100 to 200 people per year come down with leprosy in the United States. Several thousand people are diagnosed world wide.

There is a correlation between people that handle Armadillos (hunting or eating them) and patients that contract the disease here in the U.S.A. particularly in Louisiana and Texas. The armadillo link is a bizarre one as no one in the U.S. had leprosy before the colonization of the south. And armadillos are the only animal that have been shown to carry the bacterium. Also since armadillos are indigenous to the U.S. there must have been a human to armadillo transmission sometime during the colonization of the country. What are the symptoms of Leprosy?

Patients suffering from Leprosy are taught to check their body daily for one of the first signs of the lesions that are cause by infection with the Mycobacterium leprae. This is called a VSE or visual self exam.

The extremeties are usually infected first. Checking the hands and feet are paramount for the VSE as the lesions are numb. The bacterium affects the nerve endings robbing the area around the lesions of the sensation of pain.

This might seem like a good thing for lepers, but it is not as the infection grows slowly killing more and more nerve and muscle fibers as it advances. Lesions can easily become infected with other organisms such as staph and strep, including the flesh eating forms of these bacteria.

The VSE also serves as an indication of the progress or improvement of the disease.

It is also important to observe the area around the nose. Microbiologists have discovered that Mycobacterium grows well in the nasal mucosa. Currently, it is believed that the bacteria is spread via the nose. Leprosy patients frequently complain of a stuffy nose and lesions may appear in and around the nose.

Epidemiologists have discovered that the Mycobacterium leprea that causes Leprosy is contagious to some extent. The bacteria does not survive well outside of its preferred growth area which is the human nasal mucosa and in armadillos.

Doctors and scientists believe the bacterium is spread by close and frequent nasal contact (sneezing and coughing) with an infected individual. It is also noted that people who hunt or eat armadillos may contract the disease. Currently, the armadillo is the only known animal carrier of the bacterium.

The armadillo is a cute little fellow who normally lives in the United States, southern section in particular. The armadillo is a burrowing, grub eating rat-like creature that some children have adopted as pets. Obviously this is unwise.

Fortunately for the natives, leprosy did not spread as easily as smallpox and diptheria.

How is leprosy treated?

Leprosy is treated with a cocktail of three specific antibiotics given over a rather long period of time. The treatment lasts over a year and can last as long as two years. After this, the patient is considered cured of the disease.

Once a patient has been started on the antibiotic treatment, the disease is generally not transmissible after a couple of weeks. Once the patient no longer grows the bacteria in nasal secretions, it is considered non-transmissible.

Anyone who has hand or foot lesions or lesions around the nose that do not heal should be examined by a dermatologist. The patient should also mention any contact with armadillos if applicable. Some doctors do not recognize Leprosy lesions as they are relatively rare.

One of the most famous of leper colonies is the one on Kalaupapa, Molokai, Hawaii. It is actually still in operation, but is better known for the tourist mule ride down from the cliffs to the peninsula.

Just as Tuberculosis patients were once treated in special sanitoriums, leprosy was treated by isolating lepers into colonies. The colonies were often shunned and it was difficult to survive if you were ever sent to one of these colonies.

The history of Leprosy

The first case of documented leprosy is believed to be from ancient Egypt. An account of a patient with leprosy was found in an Egyptian papyrus dated around 1550 B.C.E. (Before the common or "Christian" era).

Early Indian writings noted the disease around 600 B.C.E. Leprosy appeared in Greece during the time of Alexander the Great returning from India. In Rome, around 62 B.C.E., the Romans discovered leprosy after Pompeii's return from Asia.

During the biblical times of Jesus, leprosy was considered a curse from God and lepers were shunned and outcast. Even after the disease was found to be a bacteria infection, modern religious dogma still considered lepers to be cursed by God.

Lepers have been ostracized and isolated. There are still leper colonies to this day in India and Africa. The Christian treatment of lepers was documented in the book Hawaii by James Mitchner which described the horrific Molokai colony.

Leprosy in the news

Have you known anyone with Leprosy?

Comments - Have you ever met anyone infected with leprosy? How do you feel about this ancient affliction?