The Benefits of Turmeric, Curcumin in the Treatment of Many Conditions. A Natural Antibiotic, and Pain Releiver

The Benefits of Turmeric

The Benefits of Turmeric are well known, recent research verifies the effectiveness of this very valuable supplement. Shows great promise in the treatment of pain

Turmeric is a spice that is found in curry. Belongs to the ginger family of spices. Science has isolated it's active compound, Curcumin. Curcumin has been tested in over 3000 clinical trials, and pre trials. Among the findings for this amazing supplement is its ability to prohibit cancer, and the spreading of carcinogens.

Turmeric is classified as an anti inflammatory, and analgesic. The spice blocks Cox 2, which is a chemical that is involved in pain. It works much in the same way as NSAIDS, such as ibuprofen, and Aleve, as well as many prescriptive meds do. Without the ringing in the ears, and other side effects of synthetic pain killers. Has been found to be non toxic, with little side effects, and well tolerated. Even at doses as high as 2200mg.

In recent research it has been found that it targets many other pathways, that lead to diseases, and conditions involving inflammation. Among the many papers, studies, and dissertations that I have read, it shows promise in many different fields of medicine, and prevention.

Due to it's anti inflammatory, anti septic, anti infective properties, including fungus, bacteria, and viral properties it has been found to be effective in the treatment of many diseases. It had a moderate effect on hepatis B, as well as infectious arthritis. (pubmed, august 2010)

Curcumin was also found to lower insulin levels, and prevent diabetes, in those who where pre diabetic. Had a direct effect on obesity, diabetes, and diabetic neuropathy pain, as well. By blocking the pain, and increasing circulation.

In a recent dissertation, (national institutes of health, march 2011) that summarizes all the targets of Curcumin, was found to be a very effective compound in many different applications, of disease and illness. Among them are the following:

No toxicity was found at any dose. Even as high as 2200mg. Due to its low absorption it must be combined with piperine, to be effective. By adding piperine, it increases the availability by 2000%. Piperine is the active ingredient in black, and white pepper.

Must be why Curcumin is called Indian Gold. 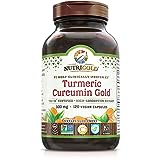