My Thyroid Gland and I

The title of this section almost sounds like Me, Myself and I which in some ways is how undiagnosed thyroid disorders can make you feel.

Personally I had a long road to travel before I had my first accurate diagnosis.

As my condition raised its ugly head a few times more my life was again sent into a spin in so many ways.

So for any readers who may have a thyroid disorder, or perhaps think that they might have here are some of my personal experiences from over the years.

This piece re personal experience may help and inform but you must remember it is written from a patient's perspective. I have learned a lot about my condition over the years but I am not a medical professional. Please bear this in mind and make sure that you contact an appropriate health professional with any related concerns. The Long Journey To Diagnosis

Mum was just fat, or so everyone told her

When I was a child my mum had a severe weight problem. As a tubby child I felt sure that I would simply grow and grow until I was huge. My Mum would always be on a diet but never seemed to lose any weight.

In fact at one point in her life she was following a controlled diet and putting weight on.

Our family doctor was dismissive of her problems and always said Mum was obviously eating more than she claimed.

Eventually suffering from extremely high blood pressure she was hospitalized.

Eventually she was diagnosed with an under-active thyroid gland and started on appropriate medication.

Within three months she had halved her weight. Unfortunately a few weeks later she suffered a massive brain hemorrhage.

She was 55-years-old and was left semi-paralyzed and unable to speak or function properly.

I was 23-years-old when she died and had not really read or heard anything much about Thyroid disorders.

A couple of years later I was taken very ill myself. I lost a huge amount of weight very quickly and could hardly eat a thing.

My doctor considered anorexia and stress.

I quit my job and slowly recovered at home. As my health returned to normal I resumed my working life.

About ten years later I started to feel ill again.

This time I thought I had cancer, like my father. I was thin, had a poor colour and was generally unwell. I felt sickly, nervous and twitchy all the time.

I started to suffer from panic attacks and was almost housebound at one point. Each diagnostic test that came back negative left me more worried and my poor husband was distraught.

The tests I underwent were for various types of cancer, a stomach ulcer and the like.

At one point I was hospitalized for ten days but the outcome was no definitive results on any health problems.

I was discharged from hospital and had a period of intermittent good health.

But as my health too a turn for the worse again my doctor mentioned my Thyroid gland. He said

"I suppose I should have checked your Thyroid Gland. That was a bit remiss of me"

And those were his exact words.

So a blood test was carried out. Simple, easy and much cheaper than all of the other investigations.

At that time patients waited around ten days for blood test results.

So ten days later I finally had a diagnosis THYROTOXICOSIS, HYPERTHYROIDISM or an OVERACTIVE THYROID GLAND.

I was referred to an endocrinologist.

My doctor had already prescribed a Beta Blocker in order to ease the strain on my heart. This left me feeling calmer although not 100% better. I took this medication for a couple of months.

"I bet you thought you were going mad, didn't you?"

Well, yes, I had to agree with that.

He also told me that thyroid disorders are often passed along the female line of a family, from mothers to daughters, for example.

He thought that in the past my thyroid had swayed between over and under active which explained many of my weight problems.

I was offered Surgery or medication and asked to choose

The endocrinologist said that treatment with radioactive iodine was not usually given if a woman's family was not complete, due to possible ensuing fertility problems.

In the full daze of my ill health I had no idea what to say.

I just wanted to burst into tears.

It had taken a monumental effort to actually get out of my home and get to the hospital that day even though Hubby was with me all the way.

In the end the consultant took the decision out of my hands and treatment began with a pill called Carbimazole.

These tablets were very tiny and initially I took something like 20 of them a day. With regular blood tests the amount of pills was jiggled until a happy balance was achieved.

I took these pills for two years and in that time my health improved and my weight rose.

Unfortunately the tiny size I had become whilst I was ill was unsustainable but it was so nice to feel alive again.

I was in my mid thirties now

Unfortunately I had two more episodes of overactive thyroid gland before being persuaded by the endocrinologist to undergo radioactive iodine treatment.

It seemed as if every so many years this condition would resurface especially if I was under stress.

My endocrinologist could not understand my reluctance to have the treatment. He said that if my thyroid became under active it would be less damaging to me and easier for my physician to control.

I could not explain what I was thinking as I felt foolish.

It was being told that my thyroid gland would inevitably become underactive. Visions of my poor Mum filled my head. Added to that I had the strange thought that, if what was expected happened, namely that my thyroid became underactive, and I had to take thyroxine forever, what would happen if there was something such as a war and I could not get my medication!

It all sounds silly now but then it was scary

I underwent radio-active treatment in 1999 and within three months I became very ill.

My face swelled, my eyelids puffed over my eyes, I had lumps under my armpits and I was constantly freezing cold although it was high summer.

My thyroid had become under active but unfortunately dramatically so.

I never do things by half.

These days I only have a thyroid blood test once a year unless I start to feel any symptoms. Occasionally the amount of medication I take needs adjusting but not very often.

What finally persuaded me to have this treatment was the endocrinologist telling me that if my disorder kept reoccurring I would end up having to take Warfarin for the rest of my life.

Heart problems sounded inevitable and so I bit the bullet.

My experiences have taught me a couple of things.

Possible signs and symptoms of an overactive thyroid gland or thyrotoxicosis. This list is by no means exhaustive

Possible symptoms and signs of an underactive thyroid gland or hypothyroidism

Obviously symptoms may vary. It will sometimes depend on how soon your condition is diagnosed.

Diagnosis is by a simple blood test.

A liquid is injected into your arm and after a short time you undergo an Ultra Sound Scan.

Laying flat the USS takes images of your thyroid gland.

This is to check that your thyroid gland has taken in the substance and so is capable of taking in the radioactive iodine.

This Iodine is in tablet form.

It was held in a test tube and dropped straight into my mouth, without being handled. I was given an instruction leaflet in order to protect myself and my family immediately following this treatment.

For a while, afterwards, you are radioactive and must not share towels. You also need to avoid contact with children if possible.

Having said all of that the treatment does not taste of anything or make you feel unwell. Many patients find that their thyroid may go underactive within a few months and looking out for any signs and, or, symptoms is sensible.

If you have an underactive thyroid gland you will need to take a thyroxine supplement daily. The correct amount is decided upon by the results of blood tests.

In the U.K. currently prescriptions for all of your medication is free if you have a permanent thyroid condition though it is not automatic.

You will need to get a claim form for your doctor to sign. This exemption will need renewing every five years.

This has been a long read as my journey to good health took many years.

The symptoms can vary even for yourself with each medical flare up.

My final episode of hyperthyroidism had totally different symptoms to those in the past.

As I was older I put all of the changes I was experiencing down to the menopause. By the time I consulted a doctor my thyroid gland was well and truly out of control. The doctor told me that in effect this excess of thyroxine was poisoning me. No wonder I was so ill.

Some foods are thought to aggravate Thyroid problems and smoking will definitely makes matters worse which is why I quit.

Many years ago the thyroid gland and its disorders were not well understood. This meant that people were often thought to be crazy and I can believe that.

As all that is needed, to check that your thyroid gland is functioning correctly, is a simple blood test, ask for one if you have any of the typical symptoms.

It probably will be nothing but it is far better to catch such a condition sooner rather than later.

This condition misdiagnosed or undiagnosed can wreak havoc on your whole life, and yet it could be easily treat. 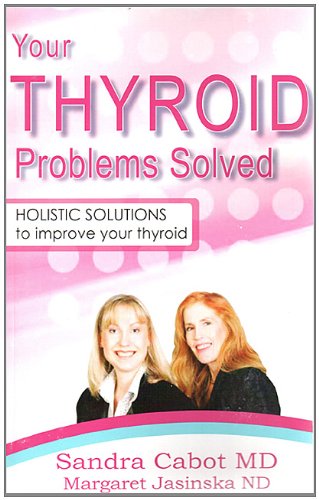