Where Do Tornadoes Occur

Tornadoes are occurring in places that people are not expecting them to happen. Tornado Alley is growing larger and larger. Are you prepared in case a tornado occurs where you live?You don’t have to live in the United States to be a victim of a tornado. Tornadoes have occurred on every continent on earth, except for Antarctica. The majority of the world’s tornadoes do occur in what is called “Tornado Alley” in the United States. The states that are currently in Tornado Alley are North Dakota, South Dakota, the eastern part of Wyoming, Nebraska, Iowa, Eastern Colorado, Kansas, Missouri, Illinois, Indiana, Western Ohio, Western Kentucky and Western Tennessee, Oklahoma, Arkansas, Texas and Louisiana. This does not mean that a tornado cannot occur in other states. The US has an average of 1,200 a year. This is more than 4 times the number of any place else in the world.

What is a Tornado

A tornado is a violent, rotating column of air that is in contact with both the surface of the earth and the base of a cumulus cloud. The are believed to be caused when different temperatures and humidities come together to form a thundercloud. The warm air from the Gulf of Mexico moves northward in spring and summer and meets cold, dryer air from Canada which is moving southward. The warm southern air tries to rise, but the cold northern air blocks it. This causes the warm air that is trapped to start to rotate. They are often referred to as a twister or a cyclone. Tornadoes can appear in different shapes but are typically in the form of a funnel where the narrow end touches the ground and is usually encircled by a cloud of dust and debris. Tornadoes may be obscured by rain or dust and may not be seen by even an experienced meteorologist. These are especially dangerous tornadoes as there is very little or no warning.

The picture to the right, is our best friend's house which was hit by a F-3 tornado 3 years ago. Thankfully, he was not home.

The most important thing you can do during tornado season is to pay attention! Many of the deaths due to tornadoes are caused when people are not paying attention to the weather. Many of the people that are killed during these storms, didn't even know the storm was coming and they remained in their cars or their mobil homes, which is NOT recommended. The National Weather Bureau has state of the art equipment to let us know when a dangerous storm is approaching. During the spring season, pay attention the the weather, listen to your tv or radio if you see the weather changing suddenly. Purchase a weather alert system for your home or office. They are very reasonably priced and can save your life. This will sound an alarm when the National Weather Bureau gives a severe thunderstorm watch or warning, or a tornado watch or warning. A watch means that conditions are favorable for a severe thunderstorm or tornado. A warning means that rotation has been spotted and a tornado can occur within seconds. Most lives are lost as these people had no idea that the storm was coming.

What Not To Do

When a tornado is approaching your area, take cover! If you are in your vehicle, do not try to out run a tornado, they can change directions in an instant and can pick up a car and toss it around like a toy. Trying to out run the tornado will more than likely cause you to wreck your car anyway! Do NOT get under a bridge! The people that have survived by doing this are incredibily lucky. If you cannot get to a safe building, get in a ditch or the lowest available place and lie flat. If it is raining, do NOT get into a drain pipe. Recently an 81 year old lady got into a drain pipe during a tornado and drown. Again, pay attention in the spring months and be prepared, have a plan when you go out. Know where you will go in the event of a tornado.

The Right Thing To Do

If you are in a mobil home, GET OUT! Remember an F-0 to a F-1 tornado can blow a mobil home apart. Do not think you are safe in a mobil home. Most mobil home parks have a storm shelter. If yours does not or you do no live in a park, have a plan. Know where you are going to go if a storm approaches.

If you are in a frame or brick home, be sure to go to the lowerst level and put as many walls between you and the tornado as possible. Most of the injuries that are caused by tornadoes are direct impact with the debris that is flying through the air. A closet or a bathroom that is in the center of your house is the safest place. If possible, take the mattress off the bed and try to cover yourself with it. The mattress will act as another “wall” against the flying debris.

If you are in a restaurant or grocery store, etc., and a tornado is approaching, the business should already have a plan in place. They should already know a designated safe place for their customers. If they do not, remember, the more walls between you and the tornado the better. Usually a bathroom that is closest to the center of the building is best. Get in the bathroom and inside the stall.

If you can get to a “storm shelter” it is best. A storm shelter can be a cement, steel or fiberglass room that is placed underground. It will have an entrance/exit door made of heavy steel that is just above ground. The door should fasten shut with a steel latch. I have never heard of anyone being sucked out of a closed tornado shelter.

There are also what are called “safe rooms”. These are made with thick, reinforced cement walls and steel doors. All safe rooms are tested to withstand an F-5 tornado. These are going to be more expensive that the underground type of storm shelter, but it is your preference. The safe room can be built inside the house during construction or later added to an exsisting home.

Remember, the most important thing you can do to protect yourself and your family is to pay attention to the weather and always be prepared in case of a severe storm. Too many people are losing their lives due to not being aware and not having a plan. I hope these facts on tornadoes and tornado safety will be of some help to you when tornado season approaches.

Video of Moore, Oklahoma Tornado in May of 2013

Have you ever had to take shelter from a tornado?

You May Also Enjoy: 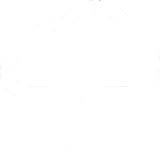