I am a mother of three children who hates loading my body with the chemicals in pharmaceuticals. These are the home remedies my family uses.

So a couple years ago, along with a diagnosis of arthritis and lupus, I was told I had Fibromyalgia. This helped me at least understand why none of the medicines I was taking seemed to work. The medicines I was already on for arthritis didn't do a single thing for the pain I was feeling in my shoulders, back, neck, and legs. I wish I had known then that treating fibromyalgia pain naturally was possible.

Upon being diagnosed I had no idea what fibromyalgia was or how I was suppose to be treating fibromyalgia pain. So I did a bit of research. Fibromyalgia symptoms are:

Fibromyalgia is more than a week of having a muscle ache, and far more than forgetting where you put your keys all the time. 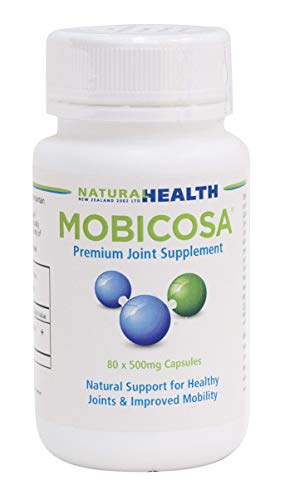 How My Doctors Thought I Should Be Treating Fibromyalgia Pain

I started treating my fibromyalgia pain with the medicines my doctor gave me. They started me on Gabapentin and said it would be effective in treating fibromyalgia pain. On top of this they prescribed me a muscle relaxer and a narcotic pain medicine. I took these capsules daily. After a month they were doing nothing.

I was then prescribed Lyrica with another promise that it would work in treating fibromyalgia pain. Lyrica seemed to help some, but unfortunately it came with a list of side effects I was not enjoying. With Lyrica I was dealing with:

So with this long list of issues I was becoming increasingly weary about taking my Lyrica. On top of the side effects, when the new year kicked in on my insurance and my deductible had yet to be pain I found out the medicine was going to cost me $380 a month!

The Doctors Were Wrong!

About the same time I was fed up with my fibromyalgia pain I was also writing to my internet mom about my arthritis knee pain . I had just gone to an appointment with the doctor who told me I would need both of my knees replaced. Fed up with all the doctors doing nothing to actually help me I asked her what to do.

She suggested that I start taking Mobicosa. She explained to me that it is a commonly used natural remedy where she is from. She went on to explain how taking it cured her arthritis. So she thought it would be a good thing for me to start with. She and I both agreed that it may not be helpful for treating fibromyalgia pain, but since I was going to be taking it anyway it was worth hoping for.

I started taking my Mobicosa Capsules each day. I took 2 capsules in the morning with breakfast and 2 in the afternoon with dinner. I continued taking that dosage for the first 10 days. I also rubbed Mobicosa Joint Gel on my problem areas daily. At the end of the ten days I was feeling some arthritis relief, but I was not feeling any relief with my fibromyalgia.

On the 11th day I followed the instructions. I went down to 2 capsules per day. One taken at breakfast and one taken at dinner. I continued applying the Mobicosa gel. Around the 3rd week of taking them I started realizing that my shoulders were feeling normal again. I wasn't feeling tightness in my neck. I was no longer feeling like my shoulder blades were being pulled towards each other. The pain was not 100% gone, but there was improvement. As a naysayer I assumed I must just be having a few good days.

At first I thought the Mobicosa was doing nothing for the fibromyalgia. However during the third week I figured something out.

Here I am over 2 months later and almost EVERY day is a good day. It is no coincidence. On top of everything Mobicosa did for my joints, it was also the first thing effective in treating fibromyalgia pain. I was finally able to return to:

The Realities of Using Mobicosa

Mobicosa will not fix anything over night. Just like pharmaceuticals can take weeks or months to build up in our systems Mobicosa also takes a few weeks. The amazing thing though, is unlike medicines you will get from your doctors, Mobicosa does not come with a mile long list of side effects. In fact there are only two cautions with Mobicosa:

Do you treat Fibro pain with Natural Remedies?