Trichotillomania: Why am I Pulling out My Hair? Facial Pubic Scalp

Trichotillomania is defined as "hair loss from a patients repetitive self-pulling of hair" and is characterized by the repeated urge to pull out scalp hair, eyelashes, facial hair, nose hair, pubic hair, eyebrows or other body hair, sometimes resulting in noticeable bald patches. (From Wikipedia definition)

Now do you want to know the "real" definition? It is a compulsive, demeaning, controlling, hate yourself so much after doing it but still do it everyday condition. But that's just my explanation of it.

Medical Research indicates that this may stem from:

Mutations in a gene called SLITRK1. Making this a gene disorder.

Abnormalities in the natural brain chemicals serotonin and dopamine.

For some people, hair pulling is intentional and focused.They may even develop rituals for doing so. Others do it unconsciously, they aren't aware.

Hair Loss Due To Pulling

Are you or someone you know a "puller"

I feel very vunerable spilling this out for the world to see. But if it help just one person, my mission has been accomplished.

I have suffered from this as far back as I can remember. Being a little girl, maybe 6 or 7? Lying in bed, pulling them out, feeling the root against my lips and feeling a great sense of achievement. I even went so far as to save them in a tissue to look at my accomplishment in the morning. However, when I awoke, I never felt the feelings of control and self-praise.. I just saw my eyes and felt sad. Beaten. Defeated. Swollen lids, red where blood had dried....bald. These lashes were just lashes then, no longer a prize.

Family History- If someone in the family has this trait another may as well.

Age- Usually occurs in adolescence. About 12 years of age and can last for a lifetime.

Sex - Girls are more prone to pull then boys.

Low self-esteem or negative emotions- Pulling hair relieves stress. It may be a way to deal with anxiety, depression, fear or low self-esteem.

Positive feelings- Some, like my self felt good while pulling, rubbing the hair against my lips. When something feels good, you tend to repeat it.

This is where I tell you counseling, medications and all that helps. First, I must state that EVERYONE IS DIFFERENT! Some treatment works well for some and others don't. Just as the "researched" causes, I feel that something triggers the behavior. All the sudden you feel some sense of control, even if it's self-defeating. Let me tell you the treatments available and then I'll tell you what worked for me. 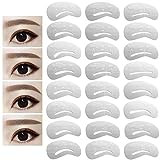 What Worked For Me

With that said, I will tell you what worked for me. My mother used to use scare tactics like, "You know they aren't going to grow back." Strangers and friends would look at me strangely, sometimes asking. I would have to divert their attention away from me by coming up with some pretty spontaneous distractions. Once I "accidentally" spilt a beer all over my friends lap just to hush them.

I had my first daughter at 27 years of age. When she was 2, I glanced over at her while I was pulling and she was tugging at her eyelashes. I was horrified! That is the day I stopped. I was teaching her to do this! I will admit, after 20+ years of pulling it was not easy to stop "cold turkey." For many nights I cried to resist the urge, but I found that if I keep my hands busy during this time of urge I was more able to control it. I would pull clean dishes out and rewash them, go for a drive, anything to keep occupied. It is much like quitting smoking, the urge passes.

My thoughts differ a bit from the "experts." But that is only because I've lived through it. It is about control. It is self- mutilation. I was trying to deal with the anxiety and pain from my life. It is much like anorexia that you must have control. I was able to quit by the fear of my daughter following in my illness. However, as I said before, EVERYONE is different and you have to find the right treatment to make it work for you.

If you are a "hair puller" or you know someone who is, be patient. Treatments are not an overnight success. It takes a lot of work and a lot of soul searching to find the source. That is frightening in itself. Get the help you DESERVE, surely you did not ask for this and this is not the way you should have to live.