A Business Partner of Mine's Stage 4 Cancer is Gone!

Sharing this amazing story with all of you in need! She was told the the usual allopath doctor clichè of get your stuff in order and go home to die, you have a few weeks to live. Whomever trains them to say these things? I know a multitude of people that outlived their narrow-minded wisdom-lacking statements. Here is Meladee's story...

The mystery behind the monstrous scare of cancer is bewildering. Claims of no cure, enormous pain or an ultimate death sentence is a burden no one need bare nor believe. It's time we look at this in another light. We need to change our conditioning patterns of how we feel about it. Most importantly, let's release the devastating fear authorities condition us with and learn to trust ourselves, our intuition, and what the universe grows right under our nose.

Let's believe that cancer is no longer a difficult disease to cure. We are powerful beings and we can conquer this fear just by changing our thinking. Cancer is simple to cure. Sound better? It feels better too.

Let me quote Dr. Coldwell; "Medical doctors have the shortest life span at 56 years of age, the highest rate of alcohol and drug abuse, and the highest suicide rate." Why would we chose medical doctors to "heal" us as that is not their role. They prove useful in emergency and in many other cases, but not for true healing.

Below are four powerful ways that are proven successful remedies for conquering this low frequency enemy called cancer. There are more cures rest assured and they will be added to this or future articles. Be sure to click on and read Herbal Healer's testimonials because they will shock you.

If cancer were a fungus like Tullio Simoncino of Roma has proven and fungii are the only elements that could live after a nuclear explosion, then why on God's earth have people accepted to be treated with radiation?

Changing your Beliefs, Changes your DNA

Would you Reprogram your Belief System to Cure your Cancer?

" In his cutting-edge work, Lipton proved that you can "rewrite" the way your genes express themselves. In so doing, you can cause cancer cells (or any abnormal or mutated cells) to act like normal human cells.

Proof: In one of Dr. Lipton's most important experiments, he proved that when he took a "sick" cancer cell from a "sick" body, and transferred it to a healthy environment, the cell recovered quickly and behaved normally. And in ongoing epigenetic trials, half the patients are in complete remission from cancer!" Danica Collins

A 'person' was diagnosed with Cancer by her GP, who then referred her to an Oncologist. She took a course in Naturopathy. Meanwhile started her remedies which consisted of:

"To make a long story short, when I went to the appointment with the specialist he could not fine any trace of cancer." (three weeks later)

This tea must be high quality and consist of these four powerful herbs:

*all four are designed to cleanse toxins from the blood.

What is Chaga? (Inonotus obliquus) Chaga is a fungus, from the hymenochaetaceae family. It is a parasite that feeds on forest birches and other trees. It's appearance is of a burnt sponge or charcoal. Chaga is the mass of myselium not the body of the fungus. The dark colour arises from its massive amounts of melanin. Russians and Eastern EU citizens consider it a medicinal mushroom, such as the Reishi.

*Chaga has been used as a folk remedy in Russia and Siberia since the 16th century.

"Laboratory studies an extract of chaga mushroom has indicated possible future potential in cancer therapy, as an antioxidant, in immunotherapy, and as an anti-inflammatory."

"In China, Japan and South Korea, extracts of chaga and other mushrooms from the family Hymenochaetaceae are being produced, sold and exported as anticancer medicinal supplements."--Wiki

If you still don't believe cancer can be cured read on again until you do.

HHA ND Comes Out Clear On Cancer! March 2010 I was suspected with Cancer by my GP, who then referred me to a Specialist in Onocology/Dermatology. Two of my Brothers and two of my sisters had been treated for cancer a few years back. I took HHA's ND course in 2002 (Best money I ever spent). My Appointment date to see the specialist was in 3 weeks. I placed myself on 4 grams of Vitamin C, orally, Colloidal Silver @ 500PPM directly on the spot. Vit. D3 X 3, along with the 4-Herb tea concentrate 1 oz. in 16 oz. H2O - 2 times a day, 4-Herb 4:1 caps @ 2 per day. All purchased at HHA (I trust Dr. McCain's products and her wisdom). I also chewed 4 raw apricot kernels. I took all this with a lot of PRAYER. I have always figured the shotgun approach is best. To make a long story short, when I went to the appointment with the specialist he could not fine any trace of cancer. I continue taking Vitamin C @ 3g @day. and will drop to maintenance doses of the other nutrients. --Dr. E. S. ~ HHA Naturopath

Isn't it Ironic that Cancer is a Fungus?

Simoncini's 'crime' has been to discover that cancer is a fungus caused by Candida, a yeast-like organism that lives in the body in small amounts even in healthy people. The immune system keeps it under control normally, but when the Candida morphs into a powerful fungus some serious health problems can follow - including cancer.

"Cesium Therapy. Cesium is a mineral, that according to internet studies, likes to eat up cancer. It attacks the tumor from the inside out. And of course, it is highly alkaline." www.phkillscancer.com 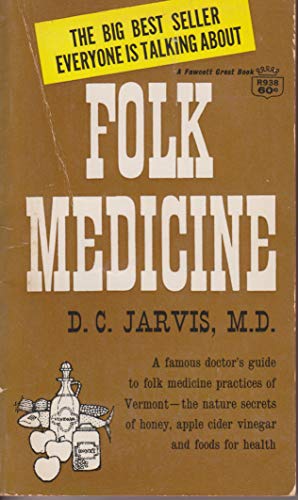 Cancer Can Be Cured in a Matter of Weeks

They say, "Cancer cannot live long in an alkaline environment" I found this to be false. Reading 'Folk Medicine' ancient remedies of Vermont I was stunned to find that the opposite is true. Dr. Coldwell's video explains how the cancer will die off in weeks if your body is Alkaline. But if you read Dr. Jarvis's book you may have a change of mind. Do your own research.

The Only Answer to Cancer: Defeating the Root Cause of All Disease
Buy Now

The True Cause and Cure for Cancer