Vaginal Infections can be very embarrassing to bring up especially if you display any of the following signs and symptoms of a vaginal infections. Keep in mind if for some reason you feel like some of the following vaginal infections describe what you are going through please seek medical attention. There are a couple of factors that can influence whether or not you or more likely to obtain one of these vaginal infections. Excessive douching is bad, as a good rule of thumb never douche. The reason being, the vagina contains normal flora (harmless bacteria inhabiting a part of the body). This normal flora helps fight off some of these vaginal infections. Oral contraceptives, steroids, and antibiotics disrupt either the normal flora or the pH which is naturally acidic. This acidic environment is produced by the Doderlein's bacilli which is a normal flora found in the vagina it can be destroyed by broad-spectrum antibiotics (kills pretty much all bacteria). The acidic environment is produced by the Doderlein's bacilli and helps protect the vagina from the invading vaginal infections. Of course, the one our parents taught us was to always wipe from front to back or from the cleanest to dirtiest. This is especially important in younger girls, if wiping incorrectly the bacteria from a bowel movement can introduce itself into the vagina which would most likely be E. Coli. One other factor that can influence chronic vaginal infections and that is the possibility of another disease process that is present in the body. Such as HIV, or a pre-diabetic state (Before one knows they are a diabetic). 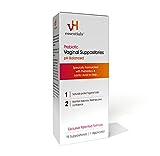 STD: Trichomoniasis, yes that is correct, this is a STD. No, it is not the big ones like HIV, or herpes. No don't get me wrong STD and Trichomoniasis do go hand in hand as the primary mode of transmission, but you can get it by contact with damp or moist objects such as towels, wet clothing, or a toilet seat but the contact must involve the genital area. The STD trichomoniasis can involve no symptoms at all but you may have itching, burning, or pain occurring during sexual intercourse (dyspareunia). It is possible to have Frothy, green-yellow, thick, foul smelling vaginal discharge, and a spot on the cervix that looks like a strawberry. It is important to note that if you do have the STD trichomoniasis and you have a man partner whom you have a sexual relationship with, he should be treated as well because males generally do not show any symptoms of the STD: Trichomoniasis. I have researched to find out where the STD: Trichomoniasis came from and have found that for the most part nobody will say. But I have found multiple sources that state the STD: Trichomoniasis loves moist or damp areas to live in and that these type of vaginal infections can survive on fomites (which are inanimate objects capable of carrying germs from an infected person to another person, e.g. clothes or bedding). The STD: Trichomoniasis is treated by either an antibacterial or an antiprotozoal medication. Avoid wearing nylons for long periods of time or tight fitting underwear as this of course can provide that moist environment these vaginal infections need to survive. Using condoms can reduce the probability of contracting the STD: Trichomoniasis.

Atrophic Vaginitis is also known as postmenopausal vaginitis it is not another one of these vaginal infections. However, I thought it was important to mentions as well because it is often mentioned in the same breath as the above vaginal infections. Atrophic vaginitis is an inflammatory condition caused by lack of production of estrogen by the body. Itching and burning are associated with atrophic vaginitis as well as the loss of vaginal tissue folds and the thin protective layer on the cavities of the vagina. The treatment for atrophic vaginitis an estrogen vaginal cream.