Vitamins and Supplements for Fertility

I’ve done a substantial amount of research on whether or not vitamins do indeed help your body at all, or whether they are placebos that just pass though the system, having no effect at all.

To be honest, the jury seems to still be out on this one. Some people are still swearing that taking vitamins is good for you, and can supplement your diet with any nutrients you aren’t getting from natural food. But I think there is no harm in taking some extra supplementation, especially when trying to conceive.

A friend once told me that her mother had the most gorgeous skin for her age, and attributed it to Evening Primrose Oil. So I, at the age of about 28, went out and bought heaps of the stuff. Since then, I have taken a cocktail of vitamins every morning, on and off for years. I go through stages of thinking they must be doing something for me, and I go out and spend a fortune, and then take them religiously every morning.
Then I read an article that says it’s all just money down the lav, and I stop taking them for about a year or so, until guilt steps in and the cycle starts again.

(It has to be said that people are always surprised when I tell them how old I am, as I have relatively few wrinkles in comparison to most women my age, but I am still not sure whether that is from the Evening Primrose Oil or just good genes. Personally, I think it’s a combination of those two, and the fact that I have never smoked.)

In my research on all things baby-related and trying to conceive at the age of 41, I came across some interesting reading on which vitamins are good for fertility, and why.

Some foods rich in Folic Acid

Leafy vegetables such as spinach, lettuce and Asian greens
Legumes such as peas and beans
Egg yolk
Liver
Kidneys

It is already widely known that it can reduce the risk of miscarriage and chromosomal defects, but some recent studies have also shown that folic acid (Vit B9) can increase pregnancy rates.
A study done by Jorg Chavarro, from the Harvard Medical School, claims that folic acid can stimulate the Follicle-stimulating Hormone (FSH) which controls the release of eggs when you ovulate.
It has also shown to be good for sperm health, so men should be taking it too.
Note that supplemental folic acid is easier to absorb by the body than in a natural food state, but it is best to take it in both forms.
It is recommended to take folic acid with Vit B12 at the same time.
Folic acid is stored primarily in the liver, so it is best to abstain from alcohol when trying to conceive, and while pregnant, as it inhibits the absorption of folate.
Avoid caffeine as well, or drinks with tannins in them.
Take 400mcg (micrograms) per day and do not exceed 1000mcg.

Like I said above, it has always been known as a supplement that is good for the skin, but on further research I discovered that it’s also used for the menstrual cycle.
Made up of Omega-6 essential fatty acids (EFA’s), Linoleic Acid (LA) and Gamma Linolenic Acid (GLA), it is known to increase cervical mucus, which can help sperm reach the egg more easily.
Studies have shown that EPO can be very effective in relieving symptoms of PMS such as bloating, breast tenderness, headaches and acne.
Take 2 high strength capsules for the first part of your cycle (starting with the first day of your period), and end when you ovulate.
Do NOT use while pregnant as EPO can cause the uterus to contract.

Some foods rich in Vitamin C

We know it’s supposed to be good for preventing colds during winter, but it apparently does a whole lot more too.
Vit C increases the level of the hormone Progesterone. Progesterone regulates the menstrual cycle and helps to thicken the lining of the uterus.
Vit C has also shown to improve sperm quality, quantity and mobility.
Because Vit C is an antioxidant, it can neutralise any chemicals or toxins in the semen. It can also stop sperm from ‘sticking’ together, allowing better mobility to the egg.
Take between 500 and 1000mg per day.

Some foods rich in Zinc

This helps with just about everything, but studies have shown that it can increase fertility in both men and women.
In women, zinc can boost the immune system, help with stress levels, aid digestion and even control diabetes.
Zink is important for the production of progesterone in the body, which counters oestrogen. If you have a zinc deficiency, hormonal imbalances can occur.
Low levels of zinc can also cause poor egg quality, as it is needed for proper protein synthesis.
In men, zinc is important for the mobility of sperm, and like folic acid, can prevent sperm clumping.
Zinc is also responsible for the release of an enzyme in the head of the sperm that makes it possible for the sperm to ‘drill’ into the outer layer of a female egg.
Take 15mg per day.

Some foods rich in Coenzyme Q10

Recent studies have shown that coenzyme Q10 (C Q10) can significantly help with aging ovaries. So this supplement is especially useful to women trying to conceive at a more advanced age.
Essentially, C Q10 works as an antioxidant to prevent damage to DNA.
In an experiment done with mice, it showed that C Q10 helped older female mice produce more, and healthier, eggs.
This supplement has also shown to improve sperm in sub-fertile men.
Take 2 x 35mg per day.

Some foods rich in Iron

A study done on over 18 000 nurses who were trying to fall pregnant showed that those that took an iron supplement had 40% less risk of infertility issues from ovarian failure. This is great news, if you feel you are low on iron levels and need a boost.
However, the study is not totally conclusive, as it did not take into account the fact that the women who took iron supplements would also tend to follow a healthier lifestyle, weigh less, exercise more, and have higher energy levels. They would also probably not smoke. All these variables already benefit fertility anyway, so not all of it can be attributed to the iron supplement.
Still there is no harm in taking the supplement anyway.
Take 14mg per day.

Another supplement that creates antioxidants called selenoproteins; it helps to protect the body from free radicals, which is important for cell division.
A deficiency in selenium has been linked miscarriages in women.
In men, selenium is beneficial for sperm and testosterone production. A deficiency in men has been linked to ‘sluggish’ sperm, as it is used to make the little ‘tail’ part of sperm, with which it moves.
A study undertaken showed fertility increased from 17.5 to 35.1% in sub-fertile men.
Take 200ug per day.

Some foods rich in Vitamin B6

Vit B6 can raise levels of progesterone, which is very important for preparing the body for pregnancy, and it can lower levels of prolactin, which is a hormone that can interfere with this process.
A Dutch study conducted in 2010 followed two different kinds of diets high vitamin B6, folate, vitamin B12 and homocysteine levels in couples receiving fertility treatments.
The couples following a diet with higher Vit B6 (more olive oils and legumes), were more likely to conceive.
100-200mg per day is recommended by healthcare professionals.

Some foods rich in Vitamin B12

Vitamin B12
All the B vitamins are important but a deficiency in B12 has shown to increase the chance of miscarriage and result in long periods of infertility.
Deficiencies can also contribute to abnormal ovulation as well as poor egg development.
In men, a deficiency in Vit B12 has been linked with a lower sperm count.
Studies have shown that Vit B12 shots can improve sperm count.

The Birds and the Bees

If the Queen Bee in the hive is anything to go by, Royal Jelly is the ‘bee’s knees’ of products found in nature’s hive. The queen can outlive other bees by 50/1, she is most fertile, and she is the biggest in size.

Royal jelly is a substance that is secreted by nurse bees to provide sustenance to the queen and her larvae. By being continuously nourished with royal jelly, the queen can lay up to 3000 eggs per day.

Royal jelly contains an incredible amount of things good for us, including natural hormones, fatty acids, vitamins A, B complex, C, D and E, and protein, to name just a few.
The natural hormones are beneficial for women going through menopause, but also for PMS symptoms.

It can balance hormones and helps the production of healthy eggs and sperm. It also boosts the body’s immune system.

Bee pollen goes hand-in-hand with royal jelly, and the two are sold together as a supplement.

It contains vitamins, minerals, antioxidants, proteins, amino acids, and essential fatty acids (including omega-3 and 6) as well as beta carotene.

Studies on bee pollen have shown that it can stimulate tissue and bone growth, increase muscle tone and increase fertility, among other good things.

Known for an incredible array of health benefits, including that of a natural penicillin.

It is the resinous substance that comes from bark and leaves, and is collected, along with pollen, by bees.

It has strong anti-inflammatory effects and can be useful for women who suffer from endometriosis.

I did not take all of these vitamins and supplements all the time. It can just get too expensive. I did continue taking Folic Acid, The B vitamins, Zinc and Slenium, Royal Jelly and Pollen, and a good pregnancy multivitamin while pregnant.

For other reaing on trying to conceive naturally at an advanced age, please see my other articles

Solgar Evening Primrose Oil is one of the best around 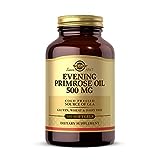