I was recently called out by a very good friend of mine (female) and her complaint was that everything that I wrote about in my articles was directed mostly towards male/men's fitness and that I really wasn't considering it from the female prospective. So being a man of my word, here we go. There are several differences between a man and a woman's body, however there are also multiple common characteristics in the manner in which each genders body responds to training and nutrition. When a woman trains hard in the gym and has a healthy, appropriate diet (designed for her body and fitness goals), she will lose fat and gain muscle just like a man will. Ladies, I have no idea where this mysterious myth came from that if you train hard with free weights you will turn into some muscle bound Amazon like the She-Hulk. This could not be further from the truth. The women you see walking around in the gym that share a close resemblance to Arnold Schwarzenegger, got that way from using steroids or PED's (performance enhancing drugs). Simply put, it is not possible for a woman to obtain muscularity at that level without the assistance of male hormones. The other myths/ideas that a woman hitting the weights like an animal will result in the development of a deeper voice, more acne, hair loss, expanded jaw line or clitoral enlargement and/or other negative side effects that gave weight training for females such a bad name are grossly inaccurate and also stemmed from the usage of PED's. Training with free weights (like a man as some say) will shape your body and give you a leaner, toned appearance, but you will still look like a woman.

Lifting Weights will not make you Huge

Physical Characteristics of the Genders

The male and female body are about 85% identical, of course there are the obvious differences. Men naturally have more muscle mass, much bigger frames, and are naturally stronger than their counterparts. Women have smaller frames but still carry more body fat and less skeletal muscle. Ladies, those big breasts might look good in your favorite dress when your out on the town, but in the fitness world, unless they are synthetic, it's simply just fat. This additional "fat" along with other mitigating factors are the reason women tend to stay smaller, especially in the upper body. This is also why a woman's legs tend to develop faster than their upper body. A woman's body requires more water than a man's. Because of the higher body fat percentage (partly due to breasts), women have more fat tissue which have a lower concentration of water than other tissues. So their body has less water per weight. The goal of a majority of men is to get as big and muscular as possible while most women prefer the Malibu Barbie look and want to stay small and lean. There are genetic limitations for everyone, regardless of your gender. If your fitness goal is to surpass these limitations and go the PED route, like with anything else, you might be able to get away with it, done in moderation. You make your own choices, but there are consequences that also come with every choice you make. Some of the effects of these drugs are irreversible. So take that into consideration when contemplating going this route.

Strength Training is not just for the Boys 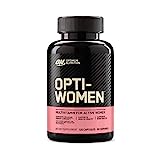 Men are bigger, so naturally their body is going to require more calories, fats, carbohydrates and proteins. Your diet should be focused on your body type/weight and goals. Let me stress those words again, "YOUR BODY". The diet that your best friend or workout partner is doing and appears to be working well for them, does not necessarily mean it will work for you in the same manner. Girls, once a good, consistent weight training routine is in place, your going to eat more, don't let this discourage you. When you develop more muscle, your metabolism will require more calories to maintain that new muscle. Meaning you will be eating more to maintain the same body weight. Stop looking at the scale. Your thinking that exercising and eating right, but yet you see no movement on the scale. That's because muscle weighs more than fat (denser), your not going to see a big fluctuation in bodyweight, you will see it more in the way your cloths fit initially. A woman's diet requires more iron than a man's. The most obvious reason is that monthly friend (menstruation cycle). Iron is a major component of blood which women lose a lot of every month. Women require more calcium, especially after the age of 35. Supplements work the same for both genders. Women will require less protein than a man. One of the main reasons is it suppresses the production of Serotonin. Serotonin influences and manages the nervous system. (its responsible for the nervous and respiratory systems, body temperature and pressure, and emotional stability). A deficiency of Serotonin can be detrimental to your health and emotional state. Its imperative that you regulate your body's daily protein intake. It is absolutely necessary that your diet be designed for your body.

Training Methods of the Genders

The way in which a particular exercise is performed may be a little different between the genders. Simply changing the angle of a particular movement will also altar the muscles involved. A woman is smaller and will have a much narrower grip. In terms of the mechanics, the movements work the same regardless of gender. When you first begin working out, there will be an initial bulky feeling. This is natural and simply the development and presence of muscle combined with your body fat. Theoretically machines would be ideal for girls. Some even appear to be tailored towards women being smaller, narrow and you have to adjust them to fit a bigger size. Machines will give you that toned, lean look, if that's what you are looking for, however if a harder, more muscular appearance is your goal, free weights are definitely the route to take. The type of training, amount of weight used, cardio sessions, amount of ab work, number of sets and repetitions are all totally dependant upon you, your body and the goals you are trying to accomplish. Grabbing a Muscle and Fitness magazine and simply doing the latest hot new workout, may not be beneficial to you or the goal you have set in place because that routine is tailored for someone else's body. Learn and pay attention to your body and how it responds to different types of training stimulus.

What is your fitness goal?

What are your Fitness Goals

Ladies you can weight train, develop and build muscle just like a man can and still look like a woman. Don't let anyone tell you different. Do not allow silly myths and stereo types to discourage your from your ideal/desired fitness goals. The only thing that can stop you from your goal is you. So you have got to ask yourself....How bad do you want it?