What? I'm Pregnant? Can I Still Cheer? The Problems With Teen Pregnancy

S.E.X., second edition: The All-You-Need-To-Know Sexuality Guide to Get You Through Your Teens and Twenties
Buy Now

I sat in the doctors office, nude, embarrassed, dressed in one of those paper gowns with the open back. My first trip to the doctor, for the "female" thing, I swung my legs nervously back and forth. New to our small town, the young doctor seemed absurdly handsome, his gentle hands and kindness mocking the reason for my visit.

I hugged my arms to my body as he returned to the room. He put a hand on my shoulder as he spoke, "You're definitely pregnant." I stared in disbelief, too shocked to respond. With three simple words, my entire life paradigm shifted.

Nerdy and studious, I definitely planned on college, medical school and no kids. Ever. I could see my future ahead of me, a struggle, coming from a poor family, but my determination and tenacity could overcome something so simple as no money.

Unfortunately, tenacity and determination cannot stand in the face of teenage pregnancy. After leaving the doctors office, I headed back to the high school, for induction into the National Honor Society. In those days, it actually meant something, and I looked forward to the honor. In a daze, I participated in the ceremony, my usual chatty self replaced by a solemn and morose ghost, who faded into the background. At home, I didn't know what to do. Tell my mom? Tell my boyfriend? I did tell my best friend, who promised to support and encourage me, whatever happened.

Life for me changed, in subtle and not so subtle ways. As word filtered around the high school, I received unsolicited advice from teachers. Not all of it was kind. Got married. Played house. Only now, it wasn't playing. I suddenly found myself responsible for dinner. And breakfast. And housecleaning. All stuff my mom did. I had helped, but now, the burden rested squarely on my seventeen year old shoulders. Not to mention, being a wife. Living with a man. Suddenly, because of three simple words, "You're definitely pregnant", high school seemed entirely irrelevant.

National Honor Society did not condone pregnancy. Kicked out of that club, I did get invited to join the new mommies club. No joke. Ten other pregnant or newly babied teens from my school gathered weekly, to discuss pregnancy, motherhood, and marriage. It seemed like a nightmare. At the time, I was in denial. I was angry, bitter, resentful. You name it. But the new mommies club was actually somewhat useful, as other girls described the reality of having an actual child. From a very small high school, in a very small town, these ten girls came together to share common experience and to learn how to act grown-up.

Still, I planned on college. Early spring, freshly filled college applications in hand, I made an appointment with the college advisor. He stared at me blankly. Then he sneered at my large belly. He shredded my college applications and tossed them with exaggerated flair into the trash bin. I stared in disbelief as he eyed me with disdain, "Who do you think you are?", he sneered. "You will never amount to anything. You'll pop out a few more kids, get addicted to soap operas, sit on the couch all day and get a fat ass, just like all your pregnant friends."

Humiliated, I ran crying into the hall, left school and headed home. What would they do? Call my mom? Hah. It was the first time I had ever skipped school. I felt a little nervous when I got home, since I was still really was afraid of getting into trouble from the principal.

Deep down, I was a nerd. A bookworm. A scholar. This new life was not at all part of my plan, and I had a lot of trouble accepting that this was my new reality.

Senior prom turned into a nightmare, as the board of education agreed that a pregnant senior, even a married one, nay, especially a married one should not be at prom. It would set a bad precedent. Personally, I thought it might serve as a cautionary tale to young lovers at the prom. I didn't even really want to go to prom, not even before I got pregnant, but because the school board made such a ruckus, I decided to fight back, to protest loudly the injustice, and to mock the decision. It was all to no avail, but secretly I was relieved to have lost the battle. 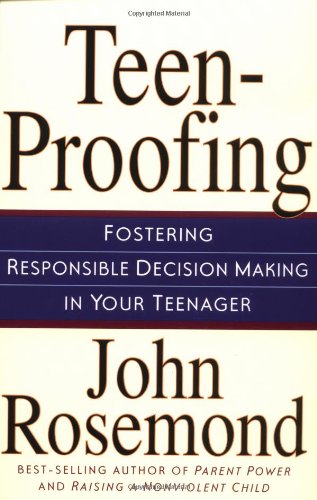 Unfortunately, due to illness and missed school, I lost my place in the running for Valedictorian. So much the better, as the controversial pregnant girl wanted to walk the aisle with the rest of the graduating class. The board of education had another problem on their hands. This time, however, I would not back down. My daughter was due on graduation day and my friends and I nervously joked about going into labor during the tedious event. That could be memorable!

As my pregnancy progressed, and my belly grew to gigantic sizes, I remember standing in the library of the high school, engrossed in a fetal development book. Fascinated by each picture, mesmerized I continued, until the last chapter, delivery. The series of graphic pictures shocked me so that I dropped the book on a table and sat down, suddenly unable to stand. Before this book, I had an intellectual knowledge of the birth process. With this stunning visual display, I realized exactly how that baby would come out. Ignorance had been sweet bliss, and with only a month to go, my heart filled with dread.

My daughter was born in June, a week after my eighteenth birthday. At least I had finished high school. I came from a long line of women who hadn't. Teenage pregnancy in our family was an unfortunate expectation. No one had ever believed I would really go to college. I spent the summer hanging out with friends, and a cute little baby. They had jobs at McDonald's, and the Village Inn. I had a cute little baby. My husband worked. I continued playing house, and all seemed well.

As summer ended, my friends all stopped by, on their way out of town. All of my friends were college bound nerds, off to taste the adventure of life in a city. I had a cute little baby. Suddenly alone, playing house didn't seem so fun. Winter encroached upon our daily walks, and playing house wasn't any fun at all. The cute little baby wasn't that cute. Baking. Cleaning. Working. Nothing seemed any fun. The words of the college advisor haunted me, and I decided to show him a thing or two. I refused to watch soap operas. There. That should show him. In the spring, I enrolled in community college, once again determined to make something of my life.

While I did finish community college, and went on to earn a Bachelor's Degree from the University of Colorado, it was not an easy row to hoe, and there were many sacrifices made in the process. Not only did my first marriage not survive, but my oldest two children, who were born to an immature, selfish mother, suffered needlessly in my pursuit for higher education.

The Focus on the Family® Guide to Talking with Your Kids about Sex: Honest Answers For Every Age
Buy Now

The tragedy of teen pregnancy is that I did make something of my life. Unfortunately, by twenty, I had two children as I graduated from the community college. My youthful impetuousness and selfish desire led me to leave them behind, to pursue the dream. College. I did graduate. Didn't become a doctor. Have eight beautiful children, and a basketful of hurt people and regret. That is the tragedy of teen pregnancy.

The fact is, even though teen pregnancy has declined since 1980 (I was a pregnant teen in 1985/86), the United States still has the highest teen pregnancy rate in the Western industrialized world. Nearly a third of teenagers (34 percent) become pregnant before they turn 20. And of those pregnant teens, almost 80 percent are unmarried, single teen mothers.

Of the girls who become pregnant while still in school, only about a third finish their high school education, and by age 30, only 1.5 percent of women who were pregnant teenagers have a college degree.

A large part of teen pregnancy in the United States is denial. We live in denial that our children are having sex. We deny that they need protection or birth control. We belittle them, shame them, mock and ridicule them, all in a vain attempt to rid them of a biological urge. The mantra of abstinence falls on deaf ears, and as adults, we pretend it's working. We turn a blind eye, and then act surprised when one of our children or one of their friends gets pregnant.

While abstinence is the only guaranteed way to prevent teen pregnancy, it only works for teens who are sexually inactive. Recent statistics indicate that 25 percent of 15-year olds have had intercourse, while more than half of 17-year olds are sexually active.

And if students have only heard the abstinence model of birth control, then there is a 90 percent chance that the girl will get pregnant if she is not using some sort of contraception. A prepared, informed teen will hopefully make wise choices that help them along their life course.