What Makes Someone Mature?

Internet forums and social media often feature really interesting discussions on topics like maturity and how to know if someone is mature for their age.

When someone professes to be mature, are they only acting out their projected maturity? And also, does maturity mean being boring?

Sometimes being older does not mean being mature: maturity is a level of emotional growth that represents balance and wisdom.

From self-acceptance to empathy, these are 30 signs of maturity that we can search in ourselves and others. Of course, feel free to add your thoughts in the comments.

These are characteristics that mature people tend to have.

1. Planning Ahead and Thinking about the Consequences of Their Actions

Mature people know that without long-term vision they may not be able to realise their goals in life. It might be as simple as planning their next dentist appointment: they are aware of the consequences of not looking after their teeth, so they book an appointment with the dentist. They are aware of the pain and cost involved in dental surgery and act accordingly.

As children, we would simply through temper tantrums to get our way and get what we wanted right there and then. Delaying gratification is the act of working through something that may not be pleasant (a long shift at work for example, or washing a big pile of dishes), safe in the knowledge that in the long term there will be rewards (for example, a good pension scheme or a clean kitchen).

3. Not Asking for Other People's Approval

This may be more a character trait of confident people, but realising that you are your own person, that you have your own thoughts and your own self-worth is a sign of maturity. Children tend to seek approval and feel valued if they receive positive reinforcement. Mature people carry on with their lives regardless of whether others approve, admire, judge or criticise what they do.

4. Not Caring about What Other People Think of Them

We decide to reveal certain aspects of our personality and not others. Mature people will keep what is meant to be private as private, and will behave in ways that are conducive to good relationships with others. They will do so regardless of what other people think of them: they focus on what they need to do and simply don't waste time worrying about how they come across. They will, however, consider other people's feelings and ensure they don't offend or hurt them with their words and actions.

5. Not Speaking Behind People's Back

Gossiping and speaking behind people's back is a sign of immaturity. Obsessing about celebrities and watching reality TV shows keep brains unengaged and unstimulated. Rational thinking is switched off. Gossiping about work colleagues or friends are mindless activities and a waste of valuable time. Mature people know how valuable their time is.

6. Not Being Self-Centred and Self-Obsessed

Related to the point on celebrity culture, people who are self-obsessed don't show signs of maturity. Reality TV shows contestants and “celebrities” are typical examples of immature people who are always thinking of and speaking about themselves. Their focus is on getting their needs met, without much consideration for others.

Being self-reliant and avoiding playing victim are characteristics of mature people who are in charge of their lives. This does not mean that such people will never ask for help: mature people will know when they can fend for themselves and when they lack the necessary skills or knowledge to complete a task. They will therefore ask for support if needed.

Mature people show what they are made of through their actions and their behaviours, not their words. They don't lament the fact the world is unjust but take practical steps to make their immediate environment and community better (for example, they volunteer their time for charity). You will not hear them say “Why me?” but you will see them in action getting on with their lives.

9. They Choose Their Words Carefully

Mature people don't tend to speak impulsively, but choose they think before they speak.

10. They Are Not Arrogant

Mature people gained confidence over the years but they don't boast or brag about their achievements in life. Experience gave them insight and depth. They don't feel the need to broadcast their successes to the entire world.

11. They Have Healthy Relationships with Other People

No matter what type of relationship (romantic relationship, working relationship, friendships), mature people know how to treat others with respect. They don't develop co-dependent relationships where, without their partner by their side at all times, they feel lost.

12. They Have a Healthy Relationship with Food

Eating disorders aside (they can have different emotional and psychological causes), mature people eat to fuel their bodies but don't rely on food for emotional comfort. There are no obsessive behaviours related to food like refusing to eat specific foods because of fad diets without scientific backing.

13. They Have a Healthy Relationship with Money

When someone is mature, they know the intrinsic value of money and don't just see it as spending money. A mature attitude towards money means to look at saving and investing for the future rather than spending disposable income on objects. Mature people can be generous or thrifty depending on the circumstances, but they don't display excessive behaviours like avoiding spending at all costs, being stingy with loved ones or gambling money in the hope of getting rich quickly. 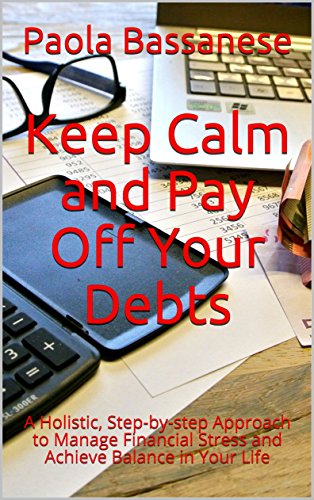 Keep Calm and Pay Off Your Debts: A Holistic, Step-by-step Approach to Manage Financial Stress and Achieve Balance in Your Life
Buy Now

Mature people tend to accept others as they are: they know that people can have different views and lifestyles. They can consider and listen to opposing points of view without judging or becoming defensive in a conversation. They are tolerant, can feel empathy and can understand the struggles of others.

15. They Accept Themselves and Others

Related to the previous point, mature people display self-acceptance: they understand their strengths and weaknesses, and so can understand those in other people. This, in turns, make them accept others for who they are.

Mature people will lend a hand in times of need and will help others, without expecting something in return or feeling resentful for not being reciprocated.

17. They Care about the World We Live in and the Environment

Mature people care about the environment and the world around us, but without much fanfare and without aggressive campaigning. They are quietly active behind the scenes and make their contribution to society.

Caring for the Environment

Mature people have developed a calmness about themselves that allows them to confront any situation. They still experience stress and anxiety like everybody else but they know how to deal with these feelings. Drama does not belong in their vocabulary.

20. They Know their Limits

Related to the previous point on responsibility, mature people know their limits (for example, they stop drinking alcohol in social situations before it gets out of control). They can limit their anger or their frustration.

21. They Have Child-Like Enthusiasm without Being Childish

There is a difference between being child-like and being childish: the first is associated with having a lust for life and a positive, inquisitive attitude; the latter is associated with being petulant and petty. Mature people know how to appreciate the little things in life, they can nurture their “inner child” without feeding childish tendencies like destructive rage. Basically, they don't throw toys out of the pram...

22. They Tend to Be Happier

By not comparing themselves to others, obsessing about the latest gadgets or indulging in too many recreational activities, mature people have learned to be happy, regardless of their circumstances. They have developed an attitude of gratitude, which enables them to see the glass half full even when they don't have much.

23. They Choose Experiences over Possessions

Mature people own things without being owned by them. They thrive on experiences like travelling or spending quality time with loved ones rather than collecting material things.

24. They Can Laugh at Themselves

Because they see that people come in all shapes and sizes, including themselves, mature people don't take themselves too seriously and can laugh at themselves and their foibles. They can laugh off a case of a “bad hair day” or a “wardrobe malfunction” and move on without obsessing about it. They don't feel they need to be perfect.

25. They Are Silent Leaders

People tend to gravitate naturally towards mature people as they appreciate their wisdom and seek their opinion on important matters.

26. They Are Truly Happy for Other People's Achievements

Mature people will acknowledge and celebrate other people's successes (of their friends, colleagues etc) and do not display jealousy if they are not as successful as them. They are simply genuinely happy that their friends or colleagues have realised what they set out to do, realised their dreams or had a lucky turn of events.

27. They Know When to Walk Away

When people have reached a certain level of maturity they know that they don't need to win every argument or get involved in other people's situations if they can't contribute something positive to the discussion.

28. They Let Go of What Is Holding them Back

From limiting beliefs to toxic relationships, mature people know when they need to cut off the dead branches and start afresh.

29. They Forgive Their Parents

Mature people learn to appreciate what their own parents did (or didn't do) for them and forgive them for their shortcomings. Maybe they didn't receive enough praise from their parents as children, so in their adult life they draw from their own self-esteem to feel valued.

30. They Tend to Be Confident

While maturity and confidence are not the same thing, with maturity confidence can follow as long as there is self-awareness and the willingness to work on one's weaknesses.

So these were 30 signs of maturity: while I can see that I still have plenty of work to do to become more mature, I would love to know what you think about maturity. Do you agree with these statements? Did I miss something really important? Please add your thoughts in the comments.

Recommended reading: How to Be Happy in Life

Do you feel mature?