What's Wrong With the Water In Orlando?

If the taste and smell of the tap water in Orlando, Florida is bad, my first notion is that this is the fault of the water treatment system. The cleanest, freshest water I have seen outside of a clear mountain spring is that in California during the 1990s, as shown in a television documentary about natural water treatment via plant life..

In this California water treatment plant, chemicals and machines were replaced by plants along a long system of roots through which the waste waters flowed. The roots removed the toxic and nuisance foreign substances from the used water.

The plants standing in the waters lived from the foreign substances as nutrients. In the documentary, the system resembled a greenhouse and the plants produced cleansing chlorophyll. At the end of the channel of flowing water and roots, the resulting clean water was pure, without having had to use chemicals. Thus, no odor or "off" tastes resulted.

If the taste and smell of the tap water in Orlando is bad, my first notion is that this is the fault of the water treatment system.

How Wide is the River?

Interestingly, Central and Southern Florida is covered by a six-inch deep river that is many miles wide, originating near Orlando and flowing southward slowly through the Everglades and then out to the middle Atlantic Ocean north of Cuba and the Gulf of Mexico.

The exact width of the marsh-grass river fluctuates often and has decreased since local Native Americans first settled here around 10,000 to 12,000 years ago> This is especially true 20th and early 21st centuries, based on erosion of America's eastern and southeastern coastlines and the rise of ocean wars.

Sources in the last 200 years have stated that the marsh-water body is ranges from from 60 to 500 miles in width.

This entity is famously called a "river of grass", often filled with native sawgrasses. Water flows through the greenery may not be filtered enough for drinking and cooking water; but, it is somewhat filtered.

This is where Florida water treatment plants come into play. By the 2010s, the wetlands had been reduced in size by 50% by overzealous drainage attempts of the past. 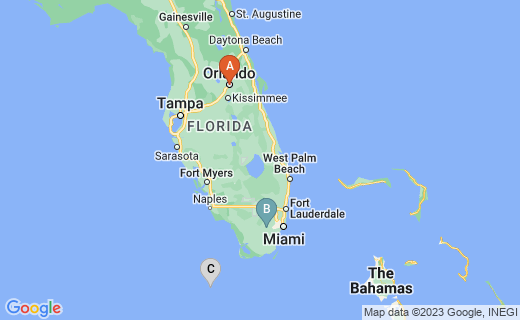 B
The Everglades:
Everglades, Florida, USA

The dynamic sawgrass river that flows from Orlando into the Everglades is not stagnant or standing swamp water. It moves, but does not contain potable water that is needed for towns and cities statewide.

Water for drinking in Orlando is filtered in several stages by city water treatment facilities, but some visitors and residents feel that the result contains strange flavors. 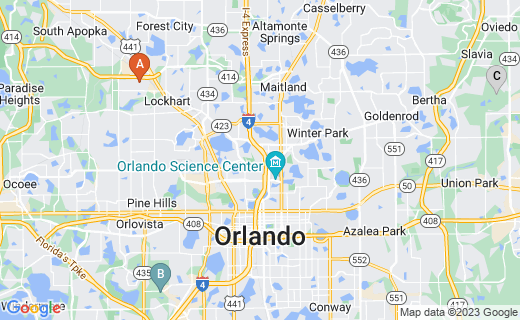 What Is in Orlando Water?

Orlando is home to numerous water treatment companies that advertise making city water more drinkable, clean, and pure. Thus, there must be a market for their services.

Officials indicate that pre-treatment is required of most local industrial waste waters. This may suggest heavy loads of pollutants or toxins in the water that can create strange flavors and odors. At the same time, bacteria and other microorganisms are used to clean the waste waters. This might also cause odd flavors or odors in some cases.

Water is treated with chlorine and called "reclaimed water" that you can use for watering the lawn but not for drinking. Some of it is efficiently filtered through sand and sent to drinking water reserves.

All the water from one of the three water treatment plants, the Iron Bridge plant, is used to maintain a wetlands in Orlando that hosts a Wetlands Festival in this park every year during Mid-February. This water is not potable, but is rich in nutrients good for plants.

The Orlando Wetlands Park receives on average approximately 14 million gallons of reclaimed water per day. The Park’s primary purpose is to provide advanced treatment of that reclaimed water so that it can be safely discharged into the St. Johns River.

Residents of Orlando/Central Florida have expressed several opinions about the drinking water and posted on forums answering questions about water for travelers.

Some say that they believe Disney World® activities affect the local water supply by inadvertently dumping water containing chemicals or elements not filtered out by the several bacterial and sand stages used in city water treatment. This would leave tastes and smells, hopefully not harmful to humans.

Other Orlando area residents say that the local water has an overly chlorinated taste that they ignore. Still others say that they need a home water filtering system to make the water palatable.

Some residents and officials report that bird defecation and sand particles cause bad colors and odors in lakes and tap water that they will not drink.

Travel advisors tell tourists to bring their own small filtering system with them to Florida, such as a small filter that fits onto a commercial water bottle itself, or to pack their own drinking water.

Tap water might not be the only water tasting and smelling strange in Orlando, though. Ice cubes made from the water may make beverages taste strange and Coca-Cola® bottled in Orlando likely uses Orlando water as well. The Coke will taste different. The coffee and tea might taste different as well - even soups made with local water. It is a far-reaching situation.

If you are planning to visit or relocate to Orlando, call your hotel ahead of time and ask about the water quality, smells and tastes, and ask for suggestions. You might consider taking bottled water with you for your stay. Happy journey!