When you have a bad feeling that something is going to happen...

It Isn't Necessarily Something of a Paranormal Nature

Most of the time, when you have a feeling that something bad is going to happen, it is caused by one of three things:

Just as we often pick up "subtle vibes" from meeting new people, we often pick up (without ever realizing it) similar subtle vibes about ourselves and any number of situations. My most memorable example is that when I was expecting one of my babies I "just felt like" the baby would be born early. There was no outward reason to think that, and the doctor didn't take me seriously when I told him I "just had a feeling" the baby would arrive too early. Once I reached five months along I had dreams about having a tiny, tiny, baby. (In one dream, the tiny baby was sitting happily in a crib, so they weren't horrible dreams.) On the first evening of the childbirth class the instructor asked who thought they may not go the whole six weeks. My hand just seemed to go up without my really having any reason to raise it. The class was to meet for a second time the following week. I was not there. Instead, I was delivering my baby at 34 weeks.

The baby was born breech, and it was discovered that he had been in an odd position. I had always known that my "baby bump" was kind of off to the side; and I had been far more uncomfortable than anyone should be so early in the pregnancy. The point is I was probably getting those "vibes" that something was "off" with the pregnancy, even though all seemed generally normal. With the next pregnancy I recognized the absence of feeling "off".

There are any number of those kind of "vibes" we can pick up on when there's a situation that is "sending them". The "carefree" person who knows he has several fire hazards in his home may not really pay much attention to the risk, but somewhere in the back of his mind he may know he's living a little dangerously. Some who feels his life is out of control may pick up on "vibes" that tell him something bad is going to happen.

2. You may be particularly stressed out and anxious (and possibly suffering from depression, as well).

With regard to stress and anxiety, when we're under stress or anxiety we start to live "under the influence" of "stress chemicals" and the changes in our bodies that occur when we're living under stress. We aren't are "usual calm selves", so that, alone, makes us feel more generally nervous (needless to say). Depending on the number of causes of stress, and the severeity of stress/distress, we get can to a point where we don't just feel uncertain or ungrounded, we can start to get into the "what's-going-to-happen-next" kind of thinking.

A friend once described the way life's troubles come like this: She said troubles can be like frosting on a cake. Some people can have a thin layer spread over the whole cake (as when many, many, smaller troubles keep occurring over a long period of time); or they can have "one, giant, lump dumped in one spot on the cake" (as when some extremely devastating loss occurs). In both types of situations a person can develop that sense that life will come at him from out of the blue and "kick him in the head" once again. We learn from our experiences, and sometimes we learn that bad things come at us "out of the blue". Sometimes, too, we over-learn that hard lesson and can have a difficult time finding our way back to a more appropriate, realistic, sense of well-being.

3. Some people, for whom everything in life is generally good, develop a worry that the odds of having something bad happen will inevitably turn against them. Depending on the person and his experiences, this worry can be either relatively minor or, instead, an actual fear.

In general, this kind of thought is something that doesn't bother most people much, even if it has occurred to them and they've had to tuck it in the back of their minds. Some people, however, are plagued by more disturbing degrees of this kind of thinking. This kind of thinking, though, is usually more "open" than that feeling people sometimes get that something bad is going to happen, even though they don't quite know what it may be.


Needless to say, anyone plagued by too many worrisome thoughts or feelings should consider seeking professional help. Often, however, by being aware of how "spooky" thoughts can occur as a result of that subtle awareness that we (or people close to us) are inviting disaster, or as a result of living with a generally "unsettled" feeling as a result of stress/distress; we can better understand the roots of those "spooky" thoughts and see them for what they truly are. 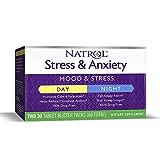