Why Are the Japanese in Japan the Longest Living People

The Japanese or people in Japan are the longest living people. The island of Okinawa is part of Japan and has the highest rate of people over 100 anywhere. This article is about the reasons for this that can help you to live longer. The information below shows that this is not a genetic thing.

This article was written March 31, 2013. When people are trying to sell things from Japan, they will say that thing is the cause of it so you will buy it. But there are many different factors contributing to this long lifespan. Here is the article that motivated me to write this: The Healthiest People on Earth: What’s Their Secret?

If you live in Japan you’re probably feeling pretty good. The quality of health there is ranked number one in the world. If you live in the U.S. it’s a different story, and not one to feel good about.

America’s health score ranks close to the bottom. Where the nation soars to the top is in money spent on health care—billions of dollars more than any other country.

Readers of the global study will naturally want to know the secret of Japan’s success. The spoiler is that no one knows exactly. Some experts go as far as to say that it’s a combination of factors, but that’s about as certain as it gets.

Now some people will not like the following since it is very controversial. But I am including this since I noticed something interesting about the other healthiest countries. Part of how long people live is the IMR (infant mortality rate). For example if you have 100 babies and 50% die as infants and the rest live until 100 years old, then the average lifespan is 50 years old.

Japan gets the lowest number of vaccine doses at 12. The U.S. is the highest with 26 doses of vaccines. The U.S. has the 34th lowest infant mortality rate. Japan has the 3rd lowest IMR. If you disagree with this (vaccines), then just ignore it and keep reading about the Japanese lifestyle for things that are not controversial.

Part of the Japanese culture is for them to appear as peaceful and calm as possible in public. If they act stressed out or angry, they dishonor themselves. It is kind of a Buddhist thing. The easiest way to appear calm and peaceful is to be calm and peaceful. I was in Japan at age 14 for 3 weeks for a Boy Scout Jamboree even though I lived in Philadelphia, PA, USA. The first link about the article that motivated me to write this above says:

They strive to be kind and forgiving, calm and patient.

So we know that stress may be the worst thing for health. One study showed that people with highest level of stress were similar to people smoking 5 cigarettes a day as far as health. I also saw an article saying that Japan or the Japanese culture is based on kindness. It said that they had the best customer care in the world. Here is that webpage about that.

You are supposed to watch the video on it to be surprised. But I do not know if you will do that or if the link will be broken at some point so I will ruin the surprise. In a Japanese subway/train place some white people were trying to figure out what tickets they needed from the ticket machine and were having trouble. So the ticket machine opens up and a Japanese man comes out of it to assist them. Watch the video to see this.

So they were stressed out trying to figure out how to use the machine but then they felt good when someone came out to assist them. I know another thing that is part of their culture is to take a bath in very hot water for a while to relax, not to clean themselves. They take a shower before entering the bath-- at least in the hotels that we stayed in. So the Japanese make sure to take care of their mental health.

The most common beverage in Japan is tea and the most popular tea there is green tea. Their green tea includes gyokuro, sencha, bancha, matcha (powdered green tea), konacha and hojicha. This may be the healthiest herb that exists and that is why the Chinese and Japanese drink it as their main beverage. Green tea is the most alkaline food that exists. Here is the original chart of it created by biochemist Dr. Ragnar Berg in the 1930s. Green tea has an acid binding score of 53.50 while spinach is only 28.01.

The Japanese in Japan are Very Health Conscious

The people in Japan are a very health conscious people-- much greater than the people in America. The last I heard was that their number one selling health supplement was not a vitamin, mineral or a chemical. It is a whole food called chlorella that is an algae and similar to a seaweed.

What is well known is that Japan is an island so the Japanese eat a lot of fish. But many Americans live on the coast where there is a great supply of fish. And fish is easily available all over the United States. But the Japanese also eat a lot of seaweed that also comes from the ocean. Whereas eating seaweed is not that popular in the U.S.

See the article: Health Benefits of Seaweed. Where I live we can get a lot of different seaweeds by going to an Asian supermarket. Before I hike I was snacking on some nori-- a seaweed. I offered some to a friend to try. He tried it and after that he became someone that would snack on nori. Seaweed is very high in trace minerals since the sea or ocean is loaded with trace minerals like iodine. Many medical doctors believe that Americans do not get enough iodine that contributes to them getting cancer.

I was talking to a Japanese woman from Japan that was visiting America for some college classes. She said that even though Japanese eat meat, it is nowhere near the amount that Americans eat. Also Americans eat a much greater amount of food than the average Japanese and they create a lot more waste according to her.

The obesity rate in Japan is 20% but not really. They call a BMI of over 25 obese whereas in America you need a BMI (body mass index) of over 30 to be obese. In the United States the obesity rate is 35% and rapidly growing. The 20% is also blamed on the Japanese adopting a more American or Western diet. Wikipedia says:

Using the WHO criteria Japan has the lowest rate of obesity among the OECD member countries at 3.2%. However, as Asian populations are particularly susceptible to the health risks of excess adipose tissue the Japanese have redefined obesity as any BMI greater than 25.

The Japanese are known to eat a lot of soybeans or soy and especially fermented soy. In the U.S. the authoritarian websites like those of the government say that soybeans are healthy but other ones say that only the fermented soy is healthy. Note that most of the soy in the U.S. is GMO so that may change things. I love the taste of edamame beans that are soybeans.

There is a fermented soy that is the only source of the MK-7 form of vitamin K2. It is called natto or nattō. This is supposed to help take calcium out of the plaque in the arteries and put it into the bones. Dr. Mercola says that this is the new vitamin D. For more on this see The Health Benefits of Natto-- an article written by me. Below is the enzyme that causes this sold.

Now here is a list of foods that a webpage that is down says is responsible for Okinawans living so long. They live longer than the other Japanese. As far as stress, the Okinawans are known for being very laid back like "Don't worry, be happy!"

4. Konnyaku-- a Japanese jelly derived from the starchy tuber of the Konjac plant.

7. Hechima-- a gourd or squash

8. Seaweed-- I talked about this already

9. Turmeric-- this spice contains the phytochemical curcumin that may be the most powerful anti-inflammatory that exists.

10. Mugwort or fuchiba that is a spice

12. Fennel or ichiba that is a spice

Please note that fish or pig (pork) was not among these 12 listed. They do not consume dairy and try to eat until only 80% full-- called hara hachi bu. This article says:

*All quoted research was from an article published in the 2009 issue of the Journal of the American College of Nutrition, entitled “The Okinawan Diet: Health Implications of a Low-Calorie, Nutrient-Dense, Antioxidant-Rich Dietary Pattern Low in Glycemic Load”

The Okinawa Program : How the World's Longest-Lived People Achieve Everlasting Health--And How You Can Too

The Okinawa Program, authored by a team of internationally renowned experts, is based on the landmark scientifically documented twenty-five-year Okinawa Centenarian Study, a Japanese Ministry of health–sponsored study. This breakthrough book reveals the diet, exercise, and lifestyle practices that make the Okinawans the healthiest and longest-lived population in the world

The Okinawa Diet: Living to 100

Chlorella-- most popular supplement in Japan 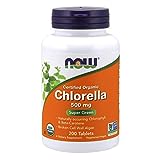 Chlorella is a green single-celled microalgae that contains the highest concentrations of chlorophyll known.