Why Do People Have a Fear of Clowns? Plus Helpful Tips to Cure Your Fear.

Nell is a trained psychologist who writes about personal health problems. She is also fascinated by strange medical anomalies.

We all loved to go to the Circus when we were small. I remember it very well. The acrobats and the lion tamers, the high wire walker and the Elephants. But there was one particular character that always had a big impact on the children. The Clown.

He would come into the circus ring, juggling or riding on a childs bike, and make everybody laugh with his antics. But not everybody loved the clown. In fact some people were so terrified of him they refused to go to the circus, preferring to stay well away in case just the sight of him would cause them to break out into a sweat, and give them nightmares for weeks. Lets not make light of this. The fear of clowns is a mind numbing terrifying one. Just the thought of facing a clown, whether at a children's party or even a fair is enough to make anyone run for the exit.

So why do so many people have a fear of Clowns?

IT by Stephen King

I believe the fear of clowns is a subliminal one. Like spiders, we have no idea why we really hate them, but we just do. The fear makes you tingle, cold fingers creep down your spine and your shoulders, and the little bit at the back of your neck suddenly feels very sensitive. You feel as though someone is standing behind you. In fact its so darn creepy that if someone did touch you on your shoulder, you would probably leap into the air and the room would be full of profanities!

Stephen King knew this when he wrote the brilliant IT back in 1986. He took the creepiness of the clown and turned it into a Demon who lived underground. To add to the eeriness, he very cleverly added a lone balloon that would float across the road when Pennywise the Clown was going to appear, therefore building up the terror before he even popped up out of the drain and said, Boo!

I remember watching the film on vacation with my son. We were sitting in the hotel lounge on our own at midnight. The curtains were open and a mist had come up from the sea. The creepiness started to make my neck shiver, and my son sat next to me eating sweets. He was Trying to look nonchalant! The whole program left me with a cold feeling, mixed with an irritation that made me jumpy whenever I heard a door open or close later that night.

When we got home, we had to go up the town, and as it was Sunday, there was no one about. All of a sudden there was a balloon floating across the road. My son legged it, he ran all the way across the road and headed into the shop. When I reached him he said, I know it was just a party balloon, but it freaked me out!

Who's That Behind The Mask?

Of course there are genuine reasons why we dislike clowns. We, as adults, cannot see the person behind the mask. They could be someone we know, creepy or what? Nothing worse than speaking to someone who knows you, but you don't know who they are.

Or more to the point, the person in front of you, hiding behind that grinning clowns face, could be a serial killer, who is going to climb into your bedroom at three in the morning, wake you up and grin at you with those Pennywise IT teeth, and then rip your throat out while you are still screaming......sorry where was I? Oh yes, I hate clowns! No not really! In fact I have a collection of them in my bedroom.

Seriously, there are many reasons why we don't like clowns, or in fact hate them so much they give us nightmares. And probably a lot of the fear these days stems from the films, books and TV programs that always portrays the clown as a nasty thing. Our subconscious mind is an eerie place, full of shadows and pockets of creepy crawly things. I like to call them the spider memories as they crawl up into your cerebellum, entwine around your frontal lobe then scurry down your nose and throat so that choke on your own fear. And this is the place where the clown resides. Hidden, waiting to jump out at you and scream, Boo! Hey Wanna Balloon?

Conquer your fear of Clowns at Amazon 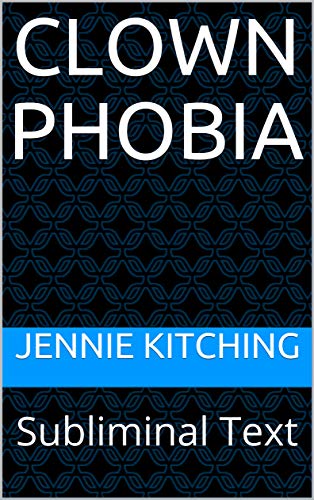 The Fear of Clowns

Actually the answer to the question why do people have a fear of clowns? Is not that easy to explain. There have been lots of study over the years concerning Coulrophobia, as its now called. In fact the name Coulrophobia wasn't even used up until the 1980s. There is a belief that the word is taken from the Greek meaning Stilt Walker.

The fear of clowns starts at an early age. Children, especially before they can talk, are people watchers. They can tell by the facial expression on their parents faces what the parent is trying to say. Whether it be a smile, or a frown. Or fear and of course laughter. If you look at a child's face when they are in an unknown to them situation, they look to their mother or father for key words, phrases or facial expressions. This is an automatic reaction and not a deliberate thought.

So when a child is confronted by a man or woman who does not conform to their expectations it can confuse, worry or totally disturb the child. Imagine seeing a man walking towards you, only to look into his face and see a red nose, painted eyes and scary white paint on it. It must be terrifying for a child.

Even more confusing for children is when they are confronted by this horrible looking parody of a man, only to hear the adults around them laughing at his antics. The confusion in the child's brain between fear and laughter must cause an unease to grow over the years until he or she is face to face with another clown. The creepy feeling will either go away when they first encounter them, or more likely, turn into sheer black abject horror. The thought of the child hearing their parents laugh at something that they themselves find terrifying must grow over the years into a nightmare situation. Parents are supposed to protect you, but they didn't at that point in time. They laughed when you were scared. Mixed up psychology. And that's where fear begins.

We all have an underlying fear of the unknown. As we grow older this manifests in the form of superstition, demons and monsters. Most of us are aware that these are the figments of our imagination. Or are they? That's a question that I doubt anybody will be able to answer. But the feeling is real.

Cure Your Fear Of Clowns.

There are simple ways to cure yourself of this fear. But first you have to understand the reason why you fear Clowns. Below is a list of reasons why you may have this fear. Once you aknowledge the problem you will be able to face your demons.

All of these things could be the starting point of your fear. The clown itself is the face of your fear. A mask is a very powerful form of hidden secrets. You don't know what is behind it, or who is behind it. Holding on to your fear of clowns is a way of hiding in your mind the real fear that you don't want to bring out in the open. Its like a closed door. Behind that door is the thing that scared you. The door in your case is the clown. Try and open the door and find out what really frightened you.

Wipe That Fear Away.

Now you know why you have a fear of clowns try some of these techniques to get rid of it once and for all.