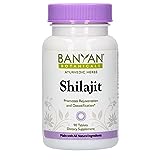 Shilajit sometimes spelt as shilajith is considered as a master herb in Ayurveda, which is taken to be supportive of any Ayurvedic medication. 'Shila' means a stone and 'jit' or 'jith' means borne. Shilajit thus means stone-borne. It is a vegetative fossil found in the Himalayan Ranges. The fossilization is believed to have occurred during the formation of the Himalayas!

The discovery of shilajit by humans can be attributed to Himalayan monkeys, which migrated to higher mountains to lick this material out of rock crevices. Some Ayurveda practitioners observed the monkeys and found them to have better digestive health, occurrence of sex, and displayed higher levels of memory. The Vaidyas(traditional ayurvedic practitioners) then found out ways to purify shilajit from raw mineral deposit.

Shilajit enhances the medicinal power of every known Ayurvedic medicines. The chemical combination of shilajit indicates an abundance of several essential minerals in it. Shilajit is also considered as a master rejuvenator. It works on a cellular level, strengthening each cell in the body, revitalizing a person.

Shilajit, along with 'Aswagandha' is used for several sexual problems afflicting men and women alike. It helps in revitalizing reproductive systems, gives increased vitality and improved sexual pleasure. It is also used to help with menstrual problems. Shilajit is supposed to bring back the enthusiasm of a teenager, to the aged who has taken it. Both men and women can take shilajit. However, it is not recommended for children below 12. 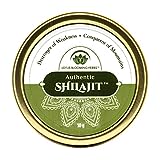 The proven benefits of Shilajit

The proven benefits of Shilajit are considered as follows: