Hi, I'm Tafadzwa. Examining human life is one of my many interests & I love sharing a thing or two about my views and experiences.

Coronaviruses are a family of viruses that cause diseases in humans, birds, pigs and sometimes cows. By nature of of being viruses they will cause lifelong infections as they continue to replicate and multiply in the body despite the host's defense mechanisms for which there may be no known or approved vaccines and antiviral drugs to prevent or treat this type of infectious agent once it finds its way in the human body.

If you have been following up on news in January 2020, it would almost be impossible for you to miss the tales of the outbreak of the Wuhan coronavirus. This virus owes its name to the characteristic symptoms associated with the coronavirus group and and also of paramount importance, Wuhan the capital of Hubei province in China which has been identified as the epicenter of the outbreak. 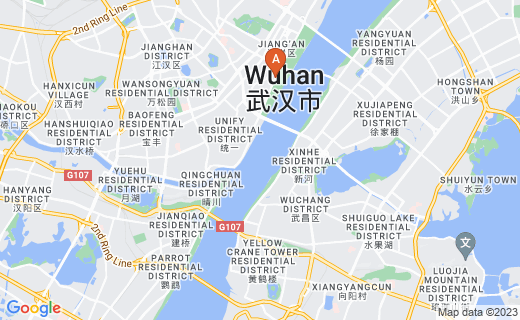 Like other zoonotic diseases, the Wuhan coronavirus can be spread between people and animals.This means that the first host to be affected will likely be an animal in the wild before transmission to the first human patient. This is made possible because while in the animal host system, the virus has acquired a series of genetic mutations which allows it to infect, replicate and multiply inside people.The Wuhan outbreak is believed to have emanated from an animal source at the Wuhan seafood and animal market which provided the virus the arena to hop from probably dead and fresh animal flesh or blood to the human system. The initial source is still unknown but reports indicate that bats and snakes might be the likely reservoir. Two species of snakes have been identified of late as potential prime suspects for the origin of this new virus strain: the banded Chinese krait and the Chinese Cobra.

The Incubation period for a disease is defined as the time elapsed between exposure to a pathogenic organism and when symptoms and signs are first apparent. In a typical infectious disease, incubation period signifies the period taken by the multiplying organism to reach a threshold necessary to produce symptoms in the host. Unfortunately the incubation period for Wuhan remains unknown. However, it appears to be contagious as much as two weeks before symptoms even appear on the human host.

How it is spread

This virus is spread through:

When the Wahun coronavirus was first detected around the 31st of December 2019, patients exhibited pneumonia-like symptoms. However, the following symptoms have been attributed to the disease:

How deadly is it?

As it stands, there are 56 confirmed deaths reported in mainland China as of 26 January 2020. The number will likely increase since an effective medication has not yet been identified.

How far has it spread?

There are more than 2000 confirmed cases as of 26 January 2020. Apart from China, cases have emerged as far as USA, Korea, Thailand, Japan, Australia, France, Malaysia and other countries in different continents mainly due to air travel of some people coming from Wuhan.

Click here to view the map showing where China's mysterious, deadly Wuhan coronavirus has spread around the globe.

Ways to curb the spread of Wuhan Coronavirus

The CDC, other health organisations and practitioners recommend regular actions to prevent the general spread of respiratory viruses including:

Coronavirus - what you need to know