Marie has studied nutrition and alternative therapies since 1967.

The City of Nagano 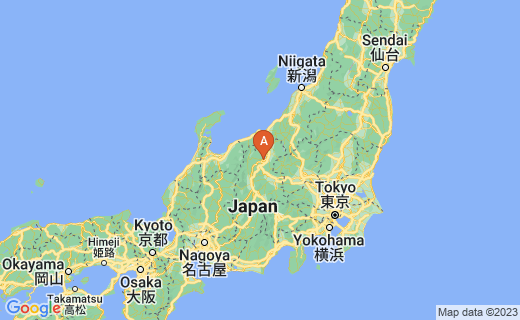 Nagano City, former site of the Winter Olympics and capital of the Nagano Prefecture, lies in a mountain valley away from the sea.

Author's note: A prefecture is a territory or singularly governed region. In Japan, Nagano City is the capital of the Nagano Prefecture, which covers an area slightly smaller than Connecticut in the U.S. and includes at least two other major cities and numerous villages.

History of Health Statistics in Nagano

In 1981, Nagano had the highest rate of strokes per capita. Being inland, Nagano didn't have readily available seafood, and the residents of the area favored their furuzuke, highly salted, pickled vegetables. People were consuming over 15 grams of salt daily (three times the U.S.recommended daily allowance). Men suffered from not only strokes, but also from heart attacks and cerebral aneurysms.

What changed in 35 years, and how did the people of Nagano do it?

The first goal was to drastically reduce the use of traditional soup, which was made from dashi, a stock, and miso, a soybean paste made by fermenting soy beans for about ten months with salt and koji, fermented rice or barley.

A typical demonstration at a supermarket might include preparing a dish of sesame pork with shitake mushrooms and pumpkin slices, only with the salt content reduced to less than a gram. Education also includes awareness of lower healthcare costs (as of this writing, U.S. healthcare expenses more than triple that of Nagano's).

The Local Vegetables of Nagano

While rice and livestock make up a little over a fourth of Nagano's agriculture, vegetable consumption is the highest among its residents for all of Japan. The area provides over a hundred varieties of fruits, vegetables, flowers, and mushrooms for the prefecture and the country. In fact, the Nagano Prefect has the highest count of farming households per district relative to the rest of Japan. Typical vegetable produce include cabbages, lettuce, celery, and broccoli.

Hundreds of walking trails have been created for residents to walk and remain active. Walking, while taking in some of Nagano's beautiful views, is the most cost effective, easiest exercise that anyone can do. Communities and neighborhoods organize group walks, which not only benefit the health of their constituency, but solidify social relationships as well.

The Hot Springs of Nagano Prefecture

The Japanese refer to hot springs and bath spas as onsen.

The legends of onsen go back to nearly 3,000 years with people observing injured birds being healed and wounded samurai recovering quickly after being guided to the springs by gods. The hot springs were believed to cure as many as 40,000 different illnesses.

People of Nagano cherish their many hot springs and routinely make them a part of their healthcare ritual.

The Jigokudani Monkey Park is located within the Nagano Prefecture. Snow monkeys are indigenous to Nagano.

The authorities of Nagano Prefect encourage their aging residents, who comprise roughly one-fourth of the population, to continue working passed the age of 65 and remain active. It is not uncommon to experience office work during the early years, then engaging in farm work after retirement from the white collar world.

The benefits of activity into the senior years are two-fold--not only are the people healthier, but healthcare costs diminish. The Japanese perspective of "serving the whole" helps make health awareness and practice a reality.

Finally, Nagano citizens are encourage to get regular health checkups. A local bank in Matsumoto, Nagano's second largest city, offers higher interest rates on savings for customers who evidence health checkups for three consecutive years. Perks, like a trip to Tokyo's Disneyland, are also offered by the bank as additional incentives.

Health fairs are even being hosted by at least one convenience store at various locations through the prefecture to accommodate those who shy away from healthcare clinics and institutions.

The Role of Volunteers

Currently, Nagano has 4,500 volunteers to work educational seminars and run health clinics to monitor patients' progresses and offer support for the two million people in the prefect's greater area.

In 35 years, the Nagano City and Prefecture have been able to improve healthcare conditions of their citizens by encouraging the reduction of salt intake through organized clinics, health fairs, and educational seminars at convenience stores.

In addition to dietary changes, a movement to reduce stress through exercise and use of hot springs or spas have become vogue in the Japanese mindset, which is always to do what benefits one's community as a whole.

Activity, characterized by late retirement, second careers, and volunteer work, has contributed to the longevity of Nagano's population. Local incentives, such as community support and business perks have further motivated the people.

These changes didn't happen overnight, but improvements were evident after the first year or so after the implementation of health workshops and clinics, as cases of strokes, heart attacks, and brain aneurysms became less prevalent.

Nagano is a model that addresses the concern of rising health care costs around the world. Education, dietary changes, exercise, and the spirit of cooperation can and do make a difference.

When Was Your Last Health Checkup?