Are Infertile People "Annoying"? Before you react in anger to that statement, please read on.

Infertility is a subject I spend a considerable amount of time researching and writing about for the internet - because it is an issue that affects me personally. A while back, I looked at the search traffic to my one of my articles about raising infertility awareness and discovered some surprising results. Several Google users had apparently come to my page by searching the internet for the phrase "infertile women annoy me".

Then I thought about how often discussions and news articles about the disease, in non-"infertile-safe" spaces, devolved into ugly, critical remarks being made about those affect and their struggles. (Just look at the comments posted to Melanie Notkin's recent Huffington Post article, "The Truth About Childless Women". In another wonderful Huffington Post piece, "What Are You, Barren?", I was actually called "morally reprehensible" in the comments for wanting to try to have a biological child instead of "just adopting".)

So maybe there really is more resentment and misunderstanding about this condition out there than I realized...

Therefore, I decided to open up the topic for debate, here on THIS page. Are infertile people annoying, with our efforts to conceive and to raise awareness about their disease? Or is it in fact today's society and fertile people at fault: people who don't understand the struggles of those struggling to conceive?

I spent time researching some of the common arguments and objections raised - and also the problems infertile people perceive that they face daily.

Quick Opinion: Are Infertile People Annoying? - Later on you'll have the chance to sound off in detail after reading the arguments, pro and con.

What are the common points raised? I'll try to list them here. 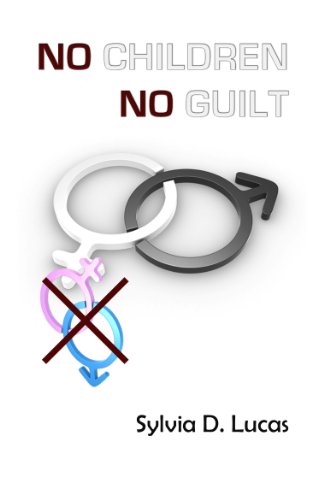 No Children, No Guilt
Buy Now

Reasons Why Infertile People Are Annoying

What's Wrong with Infertile Women and Men? Let's Look at the Arguments

Examining the overpopulation crisis - an argument often raised as to why infertile people are annoying, and should adopt if they truly wish to parent a child, not go to lengthy extents to have their own children. Do you agree or disagree?

Do you believe we are suffering from an overpopulation crisis? - Yes, no, or unsure?

Is overpopulation a real issue we are facing today? What do you think?

Making the case in support of those struggling with this condition.

RESOLVE, the National Infertility Association, has prepared the following video to explain why awareness is important and how this disease impacts millions of lives. Do you agree with their message?

The Fertile World is Annoying and Insensitive - Not the Infertiles

Once again, what follows is a list of common reasons given as to why infertile people aren't annoying. Do you agree or disagree with these statements?

YOUR TURN! Vote on Whether Infertile People Are Annoying - Join the Debate: Are Infertiles Annoying, or Not?

You've read the arguments on both sides. Now, tell me what you think - are infertile people selfish and annoying, or is it the fertile folks who need to get a clue and learn about the real issues of infertility? Anyone can leave a comment here, anonymously or signed-in.

My Last Words on Being An Annoying Infertile

Maybe Being Annoying Isn't a Bad Thing, After All...

In discussing this debate with a friend, she brought up an excellent point on the subject of being "annoying" about infertility. Being annoying isn't necessarily a bad thing, especially when you're trying to get people to stop and re-think their actions and judgments toward others. Part of being an activist is being annoying: getting in people's faces; making them think about uncomfortable topics; saying things that are unpopular or that others might not want to hear.I get that some of my friends are sick of hearing me talk about infertility and infertility awareness. They might roll their eyes at me the next time I rant about something I heard on Facebook and wish I could just "let go" of the subject. But I can't. It's important to me to bust myths about infertility and get the discussion out in the open. To help people dealing with infertility realize that they don't have to live in shame and remain silent about their disease. I am surely an annoyance many times over at this point for asking for a little understanding on the subject and not feeling comfortable talking to people who refuse to acknowledge infertility as a serious issue.So maybe I should embrace the idea of infertile people being annoying, after all. Because politeness and silence will not bring about change the way that action and vocal discussions can.

My Other Articles on Infertility and Awareness

Infertility and the Holidays: A Survival Guide
When you're dealing with infertility, every day can present challenges to your mental health and well-being. Even so, the holiday season can be especially di...

Raising Infertility Awareness and Coping with Fertility Struggles
Fertility is a fact of life most people take for granted. Most assume that if you want to get pregnant and have children, it will be easy once you find the r...

Remembering Childless Women on Mother's Day
For many women struggling with infertility, or those who are childless by circumstance and not by choice, Mother's Day can be one of the hardest days of the ...

Did you have any other comments you'd like to leave at this point? Feel free to do so before you go. And thanks for visiting!Please note comments are reviewed before being posted. Any vulgarity and obvious trolling will not be posted.

Other Voices on "Annoying Infertiles" and Topics Discussed Here