How to Protect Your Energy

You Are An Electromagnetic Being

My name is gia combs-ramirez and I am a teacher of energy healing. One of the most common problems that I run into with my students has to do with their energy field or aura. Your energy fields are like the atmosphere around the Earth. Acting like a second skin, they protect you from energetic radiation that exists all around us. Without an energy field, you develop chronic illnesses, heart problems, allergies and could even die.

How Much Do You Know About Human Energy?

Are you a newbie or a master?

Learn a revolutionary way to protect your energy fields. 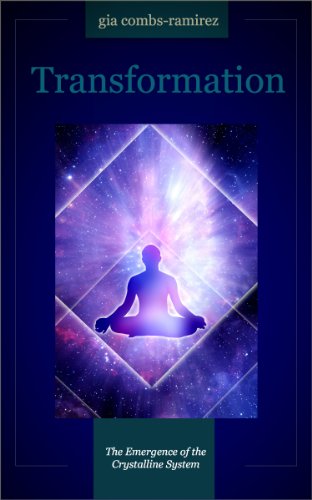 Transformation: The Emergence of the Crystalline System
Learn the whole story about Crystalline Consciousness Technique and how it works with the crystalline system.
Buy Now

What Is An Energy Field Anyway?

And why do we need one?

Energy fields, aka auras, are the electromagnetic fields that emanate from your body. They can extend out many feet depending on your state of vital well-being, your spiritual power, and your cultural or family training.

In western U.S. where we have more physical space, people tend to have energy fields that extend out 3-5 feet. In eastern U.S.which has a denser population, people's energy fields are more 2-2.5 feet from their bodies.

The energy fields are created by two element, one electrical and the other magnetic. These elements are the sun or spiritual side of ourselves, and the Earth or magnetic/biological element of ourselves. How we create an energy field so much resembles a tree, that the Indigenous people call trees...Plant People.

Our energy fields act similar to a skin. They protect us from all kinds of radiation and magnetic resonations that occur naturally and sometimes unnaturally in our world. They also read the environment so that we know how to respond appropriately (even one celled bacteria have an energy field that does this). Because we are constantly reading the environment, then our energy field can communicate our intentions to others. Finally, the energy field helps us to connect to others so that we don't feel isolated and alone.

The Most Important Thing

Energy Fields protect your body, connect you to others, communicate your intentions and improve your intuition.

Problems That Can Occur When You Don't Have a Powerful Aura

Our energy field can be damaged or become less effective for us for many reasons including environmental, psychological, emotional, and physical. The energy field can appear torn, ripped, too porous, or distorted. It can become stagnant, if it fails to fully assimilate or transmute toxic or low vibrational energies.

Once our energy field begins to work at less than optimal states our body systems begin to be overly taxed as they are required to do the job of the energy field. This drains energy from the body systems for their own tasks. The integrity of our systems begins to breakdown leading to cancer, diabetes and other life style diseases. In James L. Oshman's book, Energy Medicine, he refers to conditions that happen with an impaired or damaged energy field. Depending on the degree of damage sustained by our energy field we can develop other physical and behavioral problems including:

Additional effects show up behaviorally, mentally and emotionally including:

So what's a person to do with all that info? Find out simple ways to work with your energy field below. Then consider taking a class, from Crystalline Consciousness Technique specifically for working with it. For more info, check the link resources.

5 Tips for Creating a Vital Field

Start noticing when your energy field is "up and filled"

A common mistake people make when they want to get "away" from someone else's energy is to pull their energy field in. This actually brings someone else's energy even more into your face. Instead, when you're feeling the need to have more space, expand your field out (just do this with your imagination as energy follows intention). You can also do the following:

Tree Meditation - A great tool for healing your energy field

Let your awareness and breath sink into the body. Bring your attention from external to internal. Follow the breath deep into the belly several times. In your mind's eye or from your heart, call forth a tree. Perhaps this is a tree you know and you go to it. Perhaps this is one that comes to you. Stand in front of the tree and feel the quality of its essence. Ask if you may enter then step into the tree. Travel down through the roots deep into the Earth. Feel yourself absorbing water and nutrients. Feel the support for your structure. Keeping part of your awareness in the roots come back into the trunk of the tree. Travel up into the leaves. Feel yourself taking in light. Keeping part of your awareness in the leaves come back to the trunk. Offering thanks, step out of the tree. Allow yourself to stretch both toward your roots and your leaves. See a column of golden light coming down into your center. Sense a greenish gold light moving up from the Earth. Let these two energies mix. Ask to anchor the combination into your spinal column then let it radiate out through the body until it is two to three feet around you. With your hands draw figure 8s vertically in front of you, then horizontally to anchor this energy into your fields.

Stay Away From Electric Blankets - I repeat...STAY. AWAY. FROM. ELECTRIC. BLANKETS

Electric Blankets emit dangerous amounts of electricmagnetic radiation that can lead to many health problems including a greater risk of cancer. Down comforters are a great solution unless you have allergies to goose down. This product acts like a down comforter yet has a microbe shield to prevent allergic responses, dust mites, and more from building up in your comforter. The price is great, too!

The Best Way to Create a Vital Electromagnetic Field

Everything I've been talking about above is based on the electromagnetic field that extends out around you by 2-3 feet. However, our EM field is under constant stress these days as we are bombarded with energies from the sun and space, and as our planet's magnetic grids weaken and shift.

So how can you protect your EM fields in a more potent way? Create another energy field beyond your EM field. I call this the Crystalline Energy Field.

In Level One of Crystalline Consciousness Technique, participants learn in an experiential setting, about the EM field and then learn a protocol for setting up a crystalline energy field for protecting it.

And to order a home study course go to this link.

Books About Your Energetic Nature

Hands of Light: A Guide to Healing Through the Human Energy Field
Buy Now 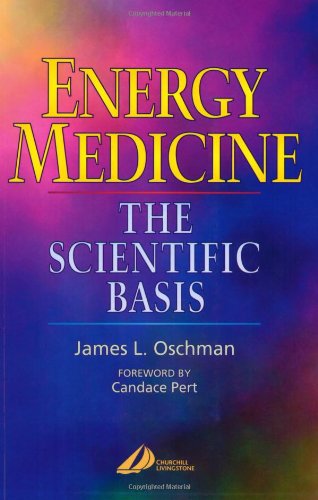