How to Reduce the Spread of Germs from Your Devices

With the increased use of cell phones and other mobile devices, the spreading of illness and disease from those items is becoming more common. It doesn't take a genius to figure out why so many germs, viruses and other bacteria find their way from our phones (and then to our systems). We are constantly touching our screens or keyboards with dirty fingers, putting them to our faces, mixing them in dirty pockets or purses, placing them in our underwear (trust me- I've seen plenty of weird storage places), dropping them on dirty floors, coughing on them, sharing them with others and letting them sit and collect harmful particles.

Our hands are usually the source of harmful particles because they are areas that have a high concentration of germs. We are always using our hands to eat, open doors, use the restroom, clean dirty places, catch coughs and sneezes, shake hands and so forth. The heavy use of our hands leads to an increased amount of germs which is subsequently transferred to mobile devices and other items. Germ spreading really takes its toll when we touch our eyes, nose, mouth, etc. allowing harmful particles into our systems. Having this awareness can help reduce many illnesses spread.

Although cell phones, tablets and computers are becoming sleeker, replacing keyboards for touch screens, germs are still a big issue. Not only are germs sitting on the screen surfaces but they are also being harbored in the varying cases available for these devices. Earlier focus was cleaning in between the keys which saw the creation of many cleaning putties. Users should also be focused in and around cases.

What can you do to reduce the spread of germs from your devices? Here are a few suggestions to add to your daily/weekly routine:

-Remove the device's case and clean in the cracks and crevices

-Do not use your phone in the restroom

Cleaning your cell phones and mobile devices is something we can control! Taking care of those things we CAN control will help reduce the amount of infectious material our bodies need to handle. Give your immune system a break! Thank you for tuning in to learn how to OUTFOX infection to avoid illness and disease.

Cellphones carry 10 times more bacteria than most toilet seats, so it shouldn't be surprising that a man in Uganda reportedly contracted Ebola after stealing one.

He stole the phone from a quarantined ward of a hospital, near the site of a recent Ebola outbreak, reports said.

But regardless of your proximity to an Ebola outbreak, your cellphone is still probably pretty grimy, said Charles Gerba, a microbiologist at the University of Arizona.

"They've got quite a bit on them," Gerba said. "When's the last time you cleaned your cellphone?"

While toilets tend to get cleaned frequently, because people associate the bathroom with germs, cellphones and other commonly handled objects - like remote controls- are often left out of the cleaning routine.

Cellphones pick up germs all the time, Gerba said. "I see people talk on their phone on toilets."

However, the amount of germs on a phone isn't a problem - it's the sharing of phones between people. Without sharing, each phone carries just one set of germs, and won't get its owner sick, Gerba said.

The problem with phones is that we're in constant contact with them, and they spend a lot of time in close proximity to our faces and mouths. And, because it's an electronic device, most people are hesitant about cleaning them.

This is also this case with remote controls, which, Gerba noted, are also often used by people when they're sick. Remotes are more frequently shared, too, so they're usually even worse than phones for spreading germs, he said.

Other common culprits that are hotspots of unseen disease include office phones, shopping carts and the first-floor buttons of elevators, he said.

To limit the spread of diseases from phones or other objects, try not to share them, or wipe them down with an antibacterial wipe if you do. While sprays might damage the equipment, a gentle wipe should do the trick, Gerba said.

Pass it on: Your cellphone is 10 times more germy than a toilet seat.

This story was provided by MyHealthNewsDaily, a sister site to LiveScience.

Clean your phone often to kill the germs in order to get sick less often!

Amazon for Hygiene Training - Learn to OUTFOX germs you carry around with you! 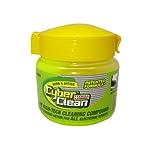 There has always been a running debate between hand washing and hand sanitizers... Does soap and water always trump the alcohol and non alcohol sanitizer rubs on the market? Recently as the CDC and other entities have recognized hand sanitizers more, we've seen an increased number of people that are washing less and sanitizing more.

Germs are everywhere which facilitates people carrying sanitizing gels and sanitizing sprays around with them, but should you be getting to a sink with hot water and soap more often then you currently do? You tell us. We just know that living according to effective infection control principles and maintaining high hygiene standards is important!

Vote: Do you feel secure with hand sanitizer?

Is Your Cell Phone Carrying Bacteria?

According to research picked up by the Sacramento Bee, iPhones, iPads, Android phones, anything with a touch screen, is likely to be covered in germs and viruses. The Sac Bee writes, "Mobile phones harbor 18 times more bacteria than a flush handle in a typical men's restroom." If you use another person's phone, you can pick up their germs. 30% of a virus can make it to your fingertips from a screen. If you rub your eyes, or bite your nails, or put your hands to your face otherwise, the virus can get into your system. As fall gets going and flu season kicks in, keep this in mind if you play with a friend's mobile device. ~ Health Freedoms

I'm always a little grossed out when I see someone walk out of the bathroom with a cellphone in hand - either checking messages or already mid-conversation.

Don't ask when - or where - that conversation started… you probably don't want to know.

The thought alone is enough to make you sick, but the latest research shows how it could make you literally ill: Cellphones are crawling with germs, including the nasty bacteria that live in poop.

I don't know about you, but that's enough to make me think twice about borrowing someone else's cellphone.

British researchers collected 390 samples from cellphones and hands in 12 U.K. cities and found bacteria on 92 percent of phones and 82 percent of hands.

Now, you know there are different types of bacteria out there. Some of them are bound to be crawling on you at any given time, and most of them are pretty harmless.

But 16 percent of hands and cellphones had the E. coli bacteria found in feces - even though 95 percent claimed to have washed their hands.

The researchers say they didn't ask if people used their phones on the toilet - but point out that since people use their phones pretty much everywhere else, it's not out of the question that people are conducting business while doing their business.

And that means you could transfer germs to the phone while on the toilet, wash your hands and then get germy all over again when you pick up the phone - because phones don't get washed.

Not if you want to be able to use the phone, anyway.

You're not supposed to use liquids of any kind on the newest phones, and the alcohol that can kill bugs is a definite no-no on those shiny smartphone screens.

That means the best defense is prevention: Don't touch your phone when you're in the bathroom. Write on the walls instead.

Then, wash your hands before you even think of checking to see who texted you while you were doing your business.

Finally, don't borrow anyone else's cellphone. And, just to be safe, don't let anyone borrow yours. 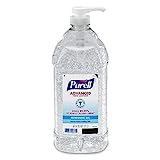 Would you rather run a marathon or have a really bad case of flu (lasting a week)?