How To Improve BRAIN FUNCTIONS and Prevent Memory Loss

Majority of people are very afraid of losing memory and getting dementia in older age. When we see old people completely confused with destructed functions of brain and bodies, all of us secretly wish that something like that never happens to us.

Can we prevent the worst possible effects of aging that affect our brain functions? Yes we can, but we need to start to think about that today, not when problems arise to the level when we become completely helpless.

How someone´s brain, nerves and memory will behave in older age (or any age) is direct result of style of the life person have had during the whole life. We grow old exactly on the way we live our lives. Growing old is direct product of all segments of our live, behaviour, life-style. Some people are old already with 40 (even earlier), some others are fit and full of energy with age of 80. It is not genetic that can be blamed for aging, more important is our approach towards life we have today.

Aging and brain functions directly depend of:

Every day our brain cells dye, but despite that brain can regenerate. Our stem cells are literally immortal and can regenerate every organ if we keep ourselves healthy and tend to be positive towards life.

Brain also has stem cells that can be activated and that can transform into neurons (nerve cells) and repair damaged brain tissue.

Impact of Stress on Memory Loss and Health of the Brain

Too much of stress during the life is wasting body resources of minerals, vitamins as well as hormones - without them, brain cannot regenerate itself.

A little bit of stress is good, because it activates us to react on life-events on quick way and motivates us on actions in life. Brain neural receptors like excitement and on that way support certain amount of emotionally intensive situations that keep us going. Brain basically chooses that we easier keep focus on emotional intensive situations, for our good or bad.

But, when is constant stress present, we cannot perceive anything beyond stress over the time. Situations, people and things that are not so highly emotionally charged, human memory starts to literally erase because they are not interesting enough to be kept in memory, and that is where forgetting starts. Many people tend to become addicted only to situations of too high emotional intensity that literally burn out all other neural connections in the brain over the time so forgetting the other things or skills finally becomes normal part of life. . Destruction of brain connections affects also human motoric and all other functions. Too much stress, for which brain needs fuel in the form of hormones, vitamins and minerals is reason we waste our body resources too quickly.

Enough of sleep and various meditation techniques can help "addicts to stress" to enjoy more in slower and wiser approach towards life that can result with much more satisfaction and much better health, especially in older age. With sleep and meditation, brain produces enough of slow brain waves (Alpha,Theta, Delta) which help brain to regenerate and rejuvenate. On that way, destruction of brain will stop.

There are also various combinations of homeopathic remedies, and herbs (Valerian, Passiflora) which can help person to easily calm down.

People are usually not informed how losing of sex hormones can affect their brain functions. Sex hormones build our brain, nerves and all other organs as well. When we stop producing them, brain cells and neural cells start to deteriorate, and losing of memory starts.

When the level of sex hormones drops down, people very often start to experience complete mental confusion considering everyday life. They start to forget the things, loose the things, become very slow, and are able to keep focus on minimum of duties and interests, everything else is exhausting them too much.

Some of other brain chemicals, that brain needs to stay healthy as melatonin (lack of it is connected with Alzheimer`s disease) dopamine (lack of it is connected with Parkinson disease) and even serotonin are also connected with production of sexual hormones. Their levels start to drop down after we enter into (peri)menopause and andropause. Sex hormones are not here just for reproduction or sex - they give us possibility that we perceive the beauty of life as well and give balance to the other hormones in our body.

Hormone imbalances play a direct role in the decline of cognitive functioning It is possible to restore it on various natural ways (herbal, Pregnenolone supplements, homeopathy). Personally, I use my own homeopathic remedies for that purpose, as well as prepare them for my clients (and my Mum) and brain functions very quickly return to normal.

One of the first symptoms of early dementia is decreased short-term memory. The others are sudden mood changes that happen for no apparent reason and are not related to any life events. This can be also followed by obvious communication problems, problems with keeping focus and completing thoughts, losing the interest for activities in which person used to enjoy, losing the interest for new activities. All is usually followed with overall fatigue and tiredness. Very often people start to express inappropriate social behaviour as well, and over the time start to have problems with various motoric functions.

Dementia is not always product of old age, it can start very early (especially if caused by alcohol, drugs, medications. or stress).

If disease continues to progress, from psychological level, this is the sign that person lost desire to create future and to actively participate in life-process . For some time, one tends to live in past , but over the time even past events are being erased from memory.

From the spiritual point of view, consciousness of demented person is willingly transferred on some other level of reality where there is no painful memory of this life. Very often people who had very many unhealed traumatic experiences choose dementia as a way to delete negative memories and emotions... It is much better to start to heal them here and now, so dementia will not occur .

There are various types of dementia, and all of them are caused by serious degeneration of cerebral cortex and dying of brain cells.

Alzheimer's disease - is the most common type of dementia, caused by a loss of brain cells.In this disease, cells in the areas of the brain that control memory and mental functions are destroyed by abnormal protein deposits in the brain, which are part of normal immune system of the brain, but problem arises when is too much of them. People with Alzheimer disease also have lower levels of brain chemicals (neurotransmitters) that control brain functions. Loss of these brain chemicals, is cause of appearance of abnormal protein deposits. Usually melatonin is main brain chemical which is missing, but main cause is actually low level of sex hormones that build the brain and balance other brain chemicals. Low level of brain chemical acetylcholine - that is responsible for healthy DNA replication, is also very often present in many cases of dementia.

Vascular dementia -it is caused by poor circulation of blood to the brain.

Multi-infarct dementia is when lots of tiny strokes occur which cut off the blood supply to part of the brain.

Parkinson disease - People with this disease typically have limb stiffness (which causes them to shuffle when they walk), speech problems, and tremor . Dementia may develop late in the disease, but not everyone with Parkinson disease has dementia. Reasoning, memory, speech, and judgment are most likely to be affected. Parkinson is primary caused by lack of neurotransmitter dopamine in the brain.

Lewy body dementia - is caused by abnormal microscopic deposits of protein in nerve cells, called Lewy bodies, which destroy the cells over time. These deposits can cause symptoms typical of Parkinson disease, such as tremor and muscle rigidity, as well as dementia similar to that of Alzheimer disease. It is caused by low level of brain chemicals.

Alcohol-related dementia - Brain damage can be caused by drinking too much alcohol. It is important that people with this type of dementia give up drinking alcohol completely to stop the disease progressing.

Various drugs as well as medications can often cause various types of dementia / brain damage in any age.

It is very sad that medications that are given to the people with diagnosis of any type of dementia are so often worsening symptoms instead of helping them. 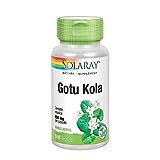 People who have problem with memory and brain functions can benefit a lot from few herbal remedies which can prevent dementia:

Please keep in mind that these herbs are excellent solution for people who have high blood pressure or normal one.

Ginseng is excellent solution for people with low or normal blood pressure.

Please, keep in mind that none of these herbs cannot heal properly if you are on various medicines which interfere with functions of brain (tranquilizers, antidepressants, epileptics, sleeping pills etc. ) and do not use them if you are at the same taking blood thinners (as Warfarin), because all of them are natural blood thinners.

In case your problem is hormonal you will also need some remedy for attaining hormonal balance, or activating healthy production of hormones. If you are not sure which remedies would be the most suitable for you, you can contact me for e-mail consultations (price for that service is 50 US$) . Contact e-mail is mihaelat999@yahoo.com 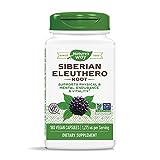 Garlic - Improves Health of the Brain 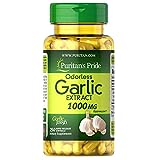 Homeopathy for Restoring Health of the Brain

Homeopathy uses various remedies for improving functions of the brain as:

There are really plenty of them, in various potencies, so they gan be recommended or prepared after personal consultation only, because every person needs something specifical. Price of e-mail consultations with me is 50 US$, e-mail contact mihaelat999@yahoo.com

B12-Essential for Health of Brain 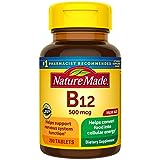 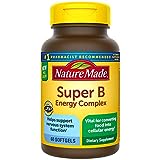 Brain is organ that is very precious for human health - if it does not work normally, human life cannot be happy and of good quality.

It requires and deserves full care - because if healthy it helps us that we can fully express the best potentials of ourselves.

Some of my other Health hubs

links to my Hubs