Did my getting cancer save my mom’s life? She seems to think so. I don’t like to think of it that way, but she does have a point.  My cancer saved my mom's life, even though it almost killed her.

I’ll digress a little here. My mom was diagnosed with breast cancer in 2002. She was 52 years old at the time. No one in her family had ever had breast cancer; she was the first. If you’ve read my article about BRCA testing, you’d know that having no family history of cancer and being diagnosed at an older age (sorry, mom) is normally thought of as a sporadic cancer, not hereditary. No red flags. Or are there? My mom’s family, as well as my dad’s, is of Eastern European/Ashkenazi Jewish descent.

There are five main factors that can suggest a hereditary cancer in a family, and they are:

3. Multiple cancers in the same individual

Did anyone talk to my mom about genetics testing? No. She had no idea there was such a thing. Even though there were some studies that had come out that year (2002) on the topic of BRCA mutations and reducing the risk of breast and ovarian cancers in women with BRCA mutations by performing a bilateral salpingo oopherectomy (BSO), or removal of the ovaries and fallopian tubes.

So, even though it almost killed her to find out I had cancer, my mom thinks her life may have been saved by my diagnosis.

Why? Well, when I was diagnosed – June 25, 2008 (a day I’ll never forget) – I was 37 years old, very young to have breast cancer. The fact that I was young and that my mom had had breast cancer 6 years prior and I had a Jewish/Ashkenazi heritage all raised red flags, so I was sent for genetic counseling.

I did the blood test and waited about 3 weeks for the results. I knew in my gut that it would be positive (hereditary), but when I was told the news by the genetics counselor, I got extremely emotional. Most of the emotions, however, centered around the fact that I have two daughters, who were only 1- and 2-years old at the time and I knew that it meant that they could also be carriers, a 50% chance, actually. Minors aren’t tested, though, so all I can do is be vigilant and make sure they grow up being aware and healthy.

I won’t go into all the details here about what having the BRCA2 mutation means (you can read more about it in my other article, mentioned above), except to say that it put me at an increased risk for developing another primary breast cancer in the future, as well as for developing ovarian cancer.

Once my test results were received, my mom took that information to her oncologist and she went in for genetic counseling and testing. Of course, her results were positive, too, for a BRCA2 mutation (also referred to as the “Jewish panel.")

The Cost of Genetic Testing

I have to say here that genetic testing, for most people, is very expensive at around $3,000-$4,000, and most insurance companies will not pay for it unless there are significant “red flags”. Had my mom been aware of the test in 2002 and requested to get it, the insurance company surely would have said no. Once I was diagnosed, they immediately agreed to pay for the testing. 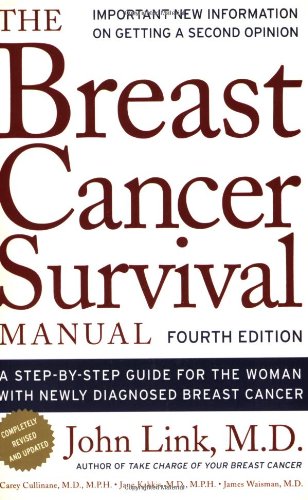 My mom and I had some serious decisions to make at that point and, ultimately, we both chose to remove every possibility of risk that we could, so we both chose to undergo a bilateral mastectomy and a bilateral salpingo oopherectomy, which is the removal of the ovaries and fallopian tubes.

The latter was a no-brainer for both of us. Ovarian cancer – the cancer that killed Gilda Radner (and many more) – is known as a “silent killer” because often it goes undetected until it is in its later stages and difficult, if not impossible, to treat.

My mom had her oopherectomy right away as I started my chemotherapy course. After chemo, I had the bilateral mastectomy surgery and once I was recovered, my mom was set to have hers.

Stepping back briefly, my mom had a MRI 6 months prior – after learning of my diagnosis and BRCA2 mutation, her doctor sent her for a “baseline” MRI.  The MRI showed a 3mm mass that the doctor said they’d keep an eye on; they were going to follow up with another MRI in six months.  Well, since she was scheduled for her surgery already, she went for a pre-op MRI.  The mass had grown to 9mm in those 6 months – nothing good grows that fast, said the doctors.  Well, she was about to undergo a bilateral mastectomy, so it’ll come out anyway is what we all thought.

By the time she underwent the surgery it has grown to 1.2 cm and, yes, it was cancerous.  A different “type” of cancer this time, which meant she’d have to go through chemotherapy again.  That’s where she’s at right now.

I had my oopherectomy 3 weeks ago and I am in remission, a “survivor.”

My mom will be a two-time survivor.

Insurance companies don’t want to spend a few thousand dollars for genetic testing unless there are major red flags, yet look at how much money could have been saved in medical costs (at least a couple hundred thousand!) had my mom been tested 7 years ago.  Additionally, and perhaps more importantly, her doctors never even talked to her about the BRCA test – probably because they just considered it a sporadic cancer. She did have one of the five hereditary factors, but apparently that was ignored. Doctors need to be more aware and open to all possibilities with their patients’ care. This should also serve to be a reminder of how we all need to be our own advocates.