4.5 out of 5 stars from 4 ratings of Does the Law of Attraction work?

John Earl Shoaff was born on 21 March 1916. He came from a farming family whose income was rather modest. He most certainly was not born with a silver spoon in his mouth. His is a truly incredible rags to riches story.

In fact, Shoaff was a rather sickly child who was born with a heart condition. Consequently, he knew that he would not live to a ripe old age and this made him determined to make the most out of every single day.

Earl dropped out of school in 9th Grade, at just 14 years of age. He began working in a dry cleaners and, over a relatively short period of time, was promoted to manager. No mean feat for someone so young.

During World War II, Shoaff was keen to sign up and represent his country. However, his heart condition meant that he was turned down for active service. Undeterred, he volunteered for the American Field Services and served in the medical corps. As an ambulance driver, he had to enter combat zones. Here, over a two year period, he sadly suffered serious injuries. Also, the physical demands of this work caused further damage to his already weakened heart.

Upon his return from the war, Shoaff married Flossie, his childhood sweetheart.

Drawing upon his earlier experience, he established his own dry cleaning business. "Earl's Cleaners" based in Michigan. He later sold this business as a going concern and moved to California. Here he secured employment in a department store, pressing pants.

It was a chance encounter that helped Earl become a millionaire. In 1953, Shoaff’s neighbor invited him to a success seminar in Long Beach. The speaker was a Dr J. B. Jones. He was the founder of AbundaVita. Jones believed in the laws of success. He traveled the country lecturing on how it was possible to have whatever you wanted out of life. His desire was to help every man achieve greater fulfillment. He wanted to awaken every man and woman to their true potential.

Shoaff believed that the reason people didn't reach their full potential in life, was simply because they were unaware of nature's infinite abundance of love, health and wealth. 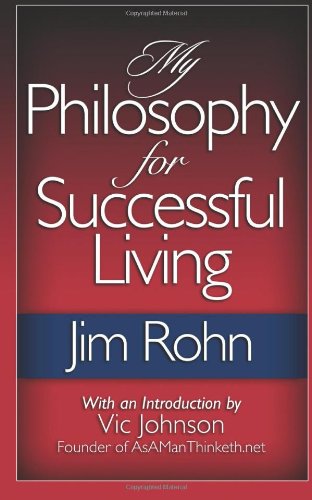 My Philosophy For Successful Living
by Jim Rohn
Buy Now

The AbundaVita Corporation Of America

The Abundavita Corporation of America was a vitamin and mineral food supplement manufacturer. Started by Dr J. B. Jones in the 1950’s, it operated on the concept of network marketing.

It was following one of Dr Jones’ seminars that an inspired Shoaff signed up to join the company. With his drive and determination, Earl soon became VP of Sales.

Within a few years of joining AbundaVita, Shoaff became a millionaire. He was also touring and lecturing about the philosophy of success.

In a case of history repeating itself, Jim Rohn attended one of Earl Shoaff’s seminars.

Similarly motivated, Rohn signed up with AbundaVita. Within 6 years, he went from a stock clerk at Sears to becoming a millionaire.

You all know Rohn as a motivational speaker and entrepreneur. Sadly he passed away in 2009.

Rohn’s work was influential on the likes of Anthony Robbins, Jack Canfield and Brian Tracy.

Many others were also encouraged to success by Shoaff.

These included Mary Kay Ash and Zig Ziglar. All had contact with Shoaff.

In 1957, Earl Shoaff, together with two business partners, founded The Nutri-Bio Corporation.

The company rapidly grew to over 100,000 distributors.

Later, in 1960, he established Ovation Cosmetics. Their products are still sold today. 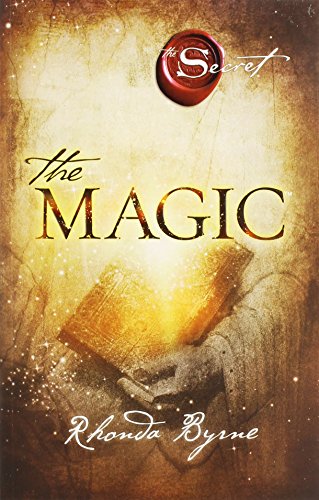 Do you have what it takes to become a millionaire in only 4 years?

Earl Shoaff and the Law of Attraction

Following the publication of Rhonda Byrne’s ‘The Secret,’ many of you will have heard about “The Law of Attraction.”

Shoaff believed that love, health and supply exist in infinite abundance. The only barrier to releasing this abundance is you! You do not believe that you are capable of achieving such greatness. Unconsciously, you set yourself up to fail.

Shoaff was committed to helping others, help themselves. But he was also extremely frustrated by what he considered to be “mans persistence in clinging so tenaciously to lack and limitation.”

Lack of self belief prevents so many from achieving the life of their dreams. Earl believed that anyone can get what they want out of life.

Just 3 years before his untimely death, Earl made his only known recording. Originally it was called, “How To Get Everything You Want Out of Life.” Later it was renamed “The Millionaire Maker.”

In the seminar, Earl discusses the laws of the universe. How you are governed by them. How they work for you. How you must use them properly. He has a unique talent of simplifying these laws of success and abundance.

Shoaff uses his niece to demonstrate this. She had been visualising “big piles of money.” Six months passed. Shoaff’s niece indeed found herself surrounded by “big piles of money.” The only problem was, that the money was not hers! She had not been specific enough. She had used the laws of the universe incorrectly. What the universe had actually delivered to her was a job working in a bank! Not quite what she wanted!

Earl also highlights another problem. You must be ready to accept what you ask for. You must believe it will be delivered. He advocated that by listening to his recording every day, and by implementing what he said, that lives would change for the better, within a period of just one month.

Despite having little formal education,J. Earl Shoaff became a millionaire in just 4 years. He was also responsible for motivating some of the most famous American entrepreneurs on to success and wealth.

A truly remarkable man, Shoaff inspired so many to reach their full potential.

Regrettably, not much is known about him. Much that is written is hearsay. However, the sources of this information are undeniably reputable.

In 1962, at the Essex House in New York City, he was the key speaker. It is the only known recording of his inspirational Millionaire Maker seminar.