hCG levels and the First Trimester of Pregnancy

As a result of my first and second misdiagnosed miscarriages as well as my work on the Misdiagnosed Miscarriage site, I receive messages from women daily asking how they might know if they are misdiagnosed as well.

Many of the questions I receive center around hCG levels and the importance of these levels. I am not a medical professional but have done a bit of research and would like to share with you what I have learned.

I believe every woman deserves to have no doubt before having her pregnancy ended.

I am not a medical professional. The information I share is meant to supplement the information given you by your doctor. If you feel your doctor is not doing enough for you or not willing to listen to your concerns, I strongly encourage you to take what you've learned here and get a second opinion.

So, You Want to Know about hCG?

So what is that stuff?

You're newly pregnant and keep hearing people bat around this hCG word. So, what is it? Well, hCG is just a quicker way of saying human chorionic gonadotropin. This hormone produced by the placenta, released into mom's bloodstream, is usually first detected eight to fourteen days after conception. When you get that infamous second line on your HPT (home pregnancy test), yep, that is the hCG doing its thing.

Well, How do I know I'm Pregnant?

Putting that hCG hormone to work? 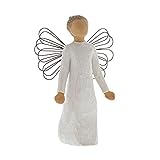 Which HPT should I use?

If you are possibly pregnant and just cannot wait another day to find out, check out this site: hCG Levels and HPTs You'll find some tests are more sensitive to hCG than others. If you believe you have conceived and you are not due for your period yet, you'll want to take a more sensitive test.

WARNING ON SENSITIVE HPTs: Unfortunately, with the advent of sensitive HPTs, many women are realizing they are having early pregnancies. Prior to these HPTs, women just assumed they were having their period. Now, if a woman gets an early positive and then starts bleeding around the time of her period, she'll know she may be miscarrying.

Are hCG levels REALLY supposed to double every 48 Hours?

The quick answer is a hearty NO!

You are going to hear from so many people that your levels are supposed to double every 48 hours if this is a viable pregnancy.
This is just not true.
Sure, your levels may double in that amount of time but chances are good that they will not and this is okay too.

For more on doubling times, see the FAQ below.

Did you know that hCG numbers do not have to double every 48 hours to be normal?

"hCG level will double every 48 - 72 hours. As you get further along in pregnancy and the hCG level gets higher, the time it takes to double can increase to about every 96 hours."

Do you know anybody who has had non-doubling hCG levels and been just fine?

Some of the most common questions I encounter.

Should HCG levels double every 48 hours during early pregnancy?

Generally, HCG levels double every two to three days in the beginning stages of pregnancy for approximately 80% of viable pregnancies. This means that roughly one out of five women will see levels doubling at a slower rate and their pregnancies are just fine.

What are considered normal doubling times early in pregnancy?

If your hCG levels are above 6,000, your levels may take 96 hours (four days!) or more to double and still be perfectly normal.

When do HCG levels normally start to decline?

HCG levels will generally taper off and start to decline from about week eight and are no longer considered a good indicator of pregnancy outcome.

What HCG levels are normal before they start to decline?

According to HCG charts, at about eight weeks, levels above 10,000 mIU/ML are considered within normal range and may start to decline. A number of 'normal', healthy pregnancies are at the low end of the HCG spectrum.

What do low HCG levels combined with a slow rise in numbers mean?

If you have low HCG levels and your numbers are very slowly rising, you may be facing an impending miscarriage however some pregnancies with low HCG numbers and slow rising do go on to full-term.

At what HCG level should a woman be able to see her baby via ultrasound?

Normally, ultrasound techs expect to see a baby when levels are more than 5000 mIU/ML. Newer guidelines suggest the gestational sac size is more important. Once the sac reaches 25mm, a doctor should wait one week for a follow-up ultrasound to verify. Keep in mind, numerous explanations may explain why the baby cannot yet be seen. I hear from women weekly who did not see their babies before eight or nine weeks.

Because we really do have a lot of questions about hCG

So, why can't my baby be seen if my HCG levels are high enough?

Some women have been unable to see their babies despite the fact that their levels are upwards of 100,000 mIU/ML. Some women who are candidates for 'hidden babies' are women who have a tilted uterus or some uterine abnormality such as a bicornuate uterus.

How do I know if I have a tilted uterus?

How do I know if I have a uterine abnormality?

Some women with bicornuate uteruses are able to see their heart-shaped uteruses with an ultrasound. Some bicornuate uteruses and other abnormalities are not detectable without actually being able to look first-hand at the uterus (i.e. during a c-section) and, therefore, many women do not even realize they have this abnormality. If your mother took DES, a common synthetic estrogen medication used for almost 40 years until the early 1970s, you are a strong candidate for uterine abnormalities. If your mother took a medication to combat morning sickness during that time, you may very well have some uterine abnormalities and should let your ob/gyn know.

Have You Been Misdiagnosed?

The UK is the first to acknowledge that misdiagnosed miscarriages are indeed a problem. The Royal College of Obstetricians and Gynaecologists has revised its guidelines. If your gestational sac is more than 25mm and/or the CRL is 7mm or more, you should wait a week to verify (if there are no complications). If the measurements are less, you are too early to diagnose. For more information (and something to take to your doctor), please, see my new page:

New Blighted Ovum Guidelines! You ARE Being Diagnosed Too Soon!

Are there any questions and answers I should add to this page? Do you have anything to add? I'd love to hear from you.

If I don't reply to you here, please feel free to e-mail me directly at misdiagnosedmiscarriage@gmail.com

If you feel this page could help others, feel free to click on the Google +1 button at the top of the page (for those of you with Google accounts). Thank you!