I am 12 years old again, sitting on green shag carpet in my bedroom, turning up the volume on my Sears stereo and pulling on my headphones as I enter the alternate and glorious musical universe of my preteen world - when dreams were bigger and boys were cuter and every note, every lyric of my favorite album, Queen II, was infused with a secret I was sure meant only for me. It was my privilege to decipher every bit of it, so I replayed and memorized it all with much delight. Nearly 40 years later I still remember every line of that album, and occasionally something will remind me of one of those songs. The feelings it brings back along with the memories are precious treasures.

My first goal in life as I prepared for the real world was to be a music therapist. It did not exactly work out, but I did become a social worker and for a while, working with mentally disabled elderly, I found a place for music. During these Oldies Sing-alongâs, I saw smiles and expressions of youthful fervor I witnessed no other times on the faces of my charges. Many of them knew the words better than I did, and would share memories quite freely when prompted with music.

To the kid in everyone: I hope you get the chance to have that song that brings up memories that make you feel an innocent joy like nothing else. I hope the feeling of floating in air, shared memories with friends and family, and knowing all the words as you loudly sing always tickles your heart and puts big smiles on your lips, and with a sweet sigh of gratitude I wish for you the lovely surprises a musical life brings.

Music can do all this. A song can elevate a mood faster than ice cream, funny jokes, or a trip to the candy store. While the song may not be the same, the experience of remembering a song, is universal. If it effected us then, it still effects us now. That boost in serotonin might be the thing that saves you: Gets you up if youâre stuck in a rut - Helps you back on your feet when youâre down and out. Or it might be the thing that heals whole cities.

The Song that Healed Boston

It was five days after the April 15, 2013 bombings during the Boston Marathon. The city was still in shock. A two day manhunt for the suspected bombers had kept the nearby suburb of Watertown on edge, and the suspects were now either killed or in custody. Throughout, the people of Boston showed mostly strength and resilience. A common phrase was "you messed with the wrong city". That didn't mean there were not some raw emotions in the city, however. Hundreds of stuffed bears and flowers, Red Sox hats and jerseys, and other Boston memorabilia donned makeshift memorials around the city. Signs cropped up everywhere of love and peace and hope. What Bostonians needed was one big group hug. That Saturday night, they got it. As is customary at home games, Sweet Caroline started playing on the PA system in the 8th inning. But there was something a little different this time. Some older fella walks out with a mike and..... It was Neil Diamond himself, the writer and crooner of the song, who had come to lead the crowd in a healing sing-a-long.

The fans totally ate it up! They sang loud and proud and cheered for "USA". What a beautiful thing. A lot of people wondered, myself included, what it was about that song that made it so special for Boston. Seems like it wasn't all that big a deal at first - Music Director Amy Tobey chose it to be played because she had heard it played at other games. It caught on, as these things sometimes do, like a thing with a life all its own. Sweet Caroline became the Red Sox anthem.

Bosox fans had their own version of the song worked out through the years - these add-ons were more fervent than ever!

Maybe the most poignant lyrics, the ones that no doubt stitched up many wounded spirits, were buried in the second verse:

I love my country.

Hearts full of love to Y'all in Boston from down south.

Source of lyrics and backstory: bostonpastime.com

Footnote: the next week's sales of the song were through the roof! Diamond donated the money from those sales to the bombing victims. Thanks Neil! 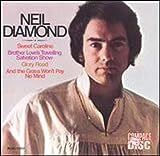 Sweet Caroline
The very song that started the healing process. Diamond said he felt the song was divinely inspired. He wrote it in less than an hour!
Buy Now

The Act of Singing

The act of singing or even just listening to music creates increased activity in both sides of your brain. This could be why it has such a healing factor.

If happy little bluebirds fly, beyond the rainbow....

I had a dear friend, almost like a big brother to me, who died of A.I.D.S. in 1988. I had the honor of being close to him in the months before he died. One thing he made me promise him was that this song (Judy Garland version) was played at his funeral. When I did play it, the gush of tears for me his friends and family...was unbelievable. To this day, it is comforting to hear, as I remember my friend.

This is the first album by one of my favorite mentors, Dr. Joe Vitale. He used ancient chant and some really interesting instruments in making this, and the music is designed specifically to heal the listener. I love the album and use it often in meditation. There are 5 long tracks. Each one brings a different healing vibe. 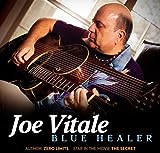 Music That's Mine - a Non Profit

Sponsor a sick child with their own healing music

Your own Healing Song - Find your Inner Song

Do you have an Inner Song?

A while back I created this recording to help people who have trouble getting to a meditative state. It's all about figuring out your own personal song - a healing mantra, that you can use as your "ohm". It is free to download - my gift to my readers.

What are your healing songs? - We appreciate your comments!