How to Stop Food Cravings with Nutrition and Vitamins

I am neither a trained medical professional nor a nutritionist. The recommendations in this article are based on my observations, my personal experience, and informal conversations with an assortment of holistic health practitioners. The advice contained herein should be considered only as friendly and helpful suggestions, and any diet plan or vitamin supplementation should be approved and supervised by a trained health professional.

We have all experienced food cravings, a desire for a particular food which can at times nearly border on an obsession. Food cravings can be harmless, especially when we have an appetite for healthy foods, but they can be a serious liability for dieters and for those who are trying to optimize their intake of a wide variety of nutritious foods. Cravings strike women, in particular, due to the toll hormonal changes take on our bodies, especially during pregnancy and menstrual changes. It is often difficult, if not impossible, to stop cravings through willpower alone. The good news, however, is that many food cravings can be traced to a deficiency of a particular nutrient, and through a combination of conscious eating, mineral supplements, and vitamins, most cravings can be managed, if not eliminated entirely. Some experts believe that food cravings are predominantly caused by psychological factors, but many practitioners assert that there is a physiological component of food cravings as well. Here are some of the most commonly experienced food cravings along with the nutritional deficiencies each craving may indicate. Once you have determined which nutrients your diet may be lacking, this article provides recommendations for wholesome foods rich in those nutrients and advice about how to choose high quality natural vitamin supplements to help fill in gaps in an otherwise healthy diet. 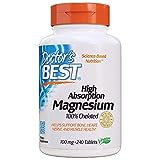 When people discuss food cravings, they often mention having at least a periodic craving for chocolate. Many women crave chocolate as a component of premenstrual syndrome, and find it especially hard to control the urge to indulge in chocolate. While it is easy to see how this type of craving could have a psychological origin (after all, chocolate is indisputably delicious), it has been documented that strong and specific cravings for chocolate may be related to a magnesium deficiency. The craving for chocolate may also originate from the more general craving for sweets, but having a compelling ‘sweet tooth’ indicates different nutritional deficiencies and should be managed accordingly. Chocolate has high levels of magnesium per serving.  However, if you find yourself repeatedly desiring chocolate, rather than indulging in unlimited sugary candy bars, there are healthier foods that can augment magnesium levels. Some other magnesium-rich foods include tree nuts (almonds, cashews, Brazil nuts, and pine nuts), artichokes, legumes, and dark, leafy greens like spinach. Interestingly enough, during my pregnancies, my strong chocolate cravings diminished significantly when I began eating a large spinach salad with dinner. Admittedly, there was that small piece of dark chocolate after dinner, which may have helped… but if you are getting most of your magnesium from greens and other beneficial foods, a small indulgence certainly won’t hurt.

Cravings for Greasy or Fatty Foods

Some food cravings are for a very specific individual food like chocolate, others are more indefinite, involving a longing for a particular type of food; however, both types of cravings may indicate a significant nutritional deficit. Everyone has, at least once, had a craving for potato chips or a similar high-fat snack food. If you find that this craving is unusually recurrent or strong for you, you should consider several possibilities. One likely cause of this type of food craving is inadequate calcium intake in your diet. Calcium deficiency can be a serious condition, and over time, can lead to weak and brittle bones, dry skin and nails, and muscle pain and fatigue. If you have any of these symptoms in addition to a craving  for fatty foods, a calcium deficiency may be the cause. If you suspect this is the case, make sure you eat a variety of calcium-rich foods such as low fat dairy products (yogurt is especially good), tofu, dark, leafy greens, and almonds. Calcium-fortified orange juice may also be a helpful part of your breakfast, especially if you find it difficult to incorporate enough of these other foods in your daily meals.

An alternate cause of a strong attraction to oily or fatty foods may simply be that you are not getting adequate healthy fats in your diet. If you are on a very prohibitive or strict diet, you need to ensure that your body gets the fats it needs to function properly, or you will likely find yourself overwhelmed by cravings for unhealthy, oily foods. Even on a low fat diet, your fat intake should comprise at least 15 percent of your total caloric intake. Additionally, beneficial fats such as those found in olive oil, avocados, and fatty fish are critical for maintaining optimal brain functioning and a healthy heart. 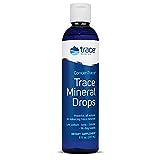 Back to those potato chips, again… If you find yourself craving predominantly salty foods, this may be a sign that your kidneys and adrenal system are experiencing difficulty regulating the proper water content of your body, as salt assists the adrenal system with this process. If you do have a fluid imbalance in your system and you have normal blood pressure, it is generally not harmful to temporarily increase your salt intake, but do so by using natural sea salt on otherwise healthy foods. Potato chips are (unfortunately) not the best remedy for a fluid imbalance.

Another possible cause of a salt craving is an iodine deficiency. Iodine is a mineral required for producing thyroid hormone. Our bodies cannot manufacture iodine, so we need to get adequate iodine from the foods we eat.  Iodine is commonly added to table salt to minimize iodine deficiency in the general population, but especially if you do not use iodized salt, you should be sure that your diet includes other iodine-rich foods, such as dairy products, eggs, fish, and seaweed. Alternatively, you can take a daily iodine supplement which contains 150 micrograms of iodine, which is the recommended daily amount for the average adult. Pregnant and nursing women have increased needs for iodine, and should make sure that their prenatal vitamin formula contains at least 150 micrograms of iodine. If you take a daily multivitamin supplement, do not assume that it contains iodine; almost half of multivitamins do not contain any iodine. Most trace mineral formulas are an excellent source of iodine, and they contain other minerals that are essential for efficient metabolism and appetite regulation.

Cravings for sweet, sugary foods are among the hardest to control, but they are also some of the most detrimental to our overall health and well-being. A surplus of added sugars in our diet can quickly lead to weight gain and contribute to the development of serious diseases such as diabetes and heart disease, so it is especially important to get a handle on sugar cravings. Sugar cravings are admittedly sometimes psychological in nature; some studies have suggested that in Western culture, we have simply acclimated to eating large amounts of sweetened foods, and that the more we eat, the more we crave them. People who believe this to be the case advocate eliminating even artificial sugar substitutes, such as those found in diet sodas, because they feel that developing a taste for sweets only increases the desire for sugary foods. Sugar cravings may also be the result of various dietary deficiencies, which are all relatively easy to remedy.

Chromium, a trace mineral important for regulating insulin function, is commonly deficient in American diets. Since chromium helps maintain blood-sugar levels, it helps eliminate hypoglycemic states which can lead to intense cravings for sugar and fluctuations in appetite. Chromium is present in meat, cheese, bananas, eggs, and spinach, but a low-dose chromium supplement or trace mineral formula can certainly help maintain consistent levels of this important mineral. Brewers’ yeast also contains significant amounts of chromium, so you can try it as a tasty addition to popcorn, or in protein shakes or smoothies.  Years ago, several studies caused alarm when they suggested that chromium supplements could cause chromosomal changes that could possibly lead to a precancerous state; however, the studies provided their subjects with three thousand times the recommended amount of the trace mineral, an extremely large dose.  Currently, it is generally believed that chromium is a safe and effective aid in controlling appetite, as long as it is taken in reasonably small amounts, such as those that would naturally occur in the diet.

Manganese is another nutrient beneficial for maintaining efficient metabolism of sugars and fats. Studies have shown that a deficiency in this mineral leads to impaired insulin functioning, which results in glucose being poorly distributed throughout the bloodstream. The body, in turn, signals that it needs more sugars to replace the energy that has been lost in the inefficient processing, and a sugar craving can arise. Two milligrams of manganese is the recommended average daily dose for an adult; a supplement can ensure adequate intake, or you can eat whole, unprocessed grains (such as quinoa or brown rice), dark, green, leafy vegetables, avocados, nuts, and pineapple, all foods with significant manganese content.

If you look closely, you will note that many of the foods recommended for controlling specific food cravings are common to all the categories. Dark green, leafy greens, such as spinach, broccoli, kale, romaine lettuce, and chard are rich in calcium, manganese, calcium, and magnesium; they are truly like a multivitamin and mineral supplement transformed into a delicious and nourishing food. Likewise, whole grains in their original, unprocessed state are beneficial in providing several critical nutrients for controlling food cravings. Eating a wide variety of fruits also contributes to a healthy, well-balanced diet and increases fiber intake, crucial for controlling hunger. The key idea is to eat a basic, healthful, well-balanced diet in order to manage food cravings, and especially to eliminate their control over you. But the paramount goal in maintaining a healthy diet is to embrace life, to enjoy a wide variety of foods, mostly wholesome and unprocessed, but to also leave room for that occasional treat, that piece of chocolate. Because we all know it’s not just the magnesium we crave in that piece of chocolate. A single, glistening piece of dark chocolate can provide us with a moment of solace, a feeling of good will towards the rest of humanity. And no multivitamin on Earth can promise that as a result.

Which foods do you crave most often?