Miscarriages Can Be Misdiagnosed!

Hi. My name is Kay and I am the mother of a beautiful not-so-blighted ovum and have been through two, oh yes two, misdiagnosed miscarriages. As a result:

I have a passion for getting
the word out that, yes,
miscarriages are sometimes misdiagnosed and ultrasounds are not always as accurate as your doctor would like to believe.

Miscarriages can be misdiagnosed...

I believe every woman deserves to have no doubt before having her pregnancy ended.

I also believe a blighted ovum should never be diagnosed before nine weeks.

I am not a medical professional. The information I share is meant to supplement the information given you by your doctor. If you feel your doctor is not doing enough for you or not willing to listen to your concerns, I strongly encourage you to take what you've learned here and get a second opinion.

A Word about "False Hope"

Some folks might say that by sharing these stories, we are giving false hope to other women who are diagnosed with a miscarriage. Many women are destined to miscarry and none of these stories will change the pregnancy's ultimate destiny. However, when somebody is diagnosed with a serious condition or terminal illness, they are told to seek a second opinion. Often times the second opinion will simply verify what the patient has already been told. On the flip side however, many people find they've been misdiagnosed. Miscarriage is no different and, yes, miscarriages are misdiagnosed, more often than once thought.

The Background Behind these Stories

These stories have been collected on the Misdiagnosed Miscarriage site. By compiling these stories, my hope is that the medical community will stand up, take notice and reevaluate how they evaluate a pregnancy.

These stories are also divided up into categories to help women find stories that may be a bit similar to her own. Rather than wading through hundreds of stories, my hope is that this makes her search a bit easier.

Please, keep in mind, these are only a portion of the many stories we have collected. Every month, we collect more and more stories which do show that miscarriages are indeed misdiagnosed.

Do You Believe These Stories Create False Hope? 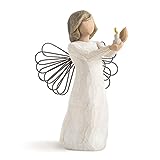 And as far as false hope, there is no such thing. There is only hope or the absence of hope - nothing else.

Do you know anybody who has had a misdiagnosed miscarriage?

Please remember, none of these stories will change the ultimate outcome of your pregnancy. These stories, however, will help you to know if you are being diagnosed too soon.

So, Can a Miscarriage be Misdiagnosed?

Here are one of the many stories that have been collected on The Misdiagnosed Miscarriage. I hope to show that there are many different reasons a doctor will diagnose you but waiting it out if there are no complications is the only way to know for certain if a miscarriage is misdiagnosed.

You may have noticed, if you've been here before that there were many more stories and links. Because of our new host, we are simplifying the page. We have hundreds of stories and, over time, I'll be adding a brief description of many of these stories. Stay tuned!

PortlandJen's story ~ One of the very first misdiagnosed stories on the site. Jen's doctor couldn't see a baby with hCG levels at 30,000 and when they 'only' went up to 50,000 (which is TOTALLY normal), she started talking about a D&C being necessary.

Kimpbrakke's story ~ Empty sac with levels of 66,000, no baby seen and a tilted uterus. This is a more common story than you would think.

Looking one to two weeks behind (keep in mind, this is very common if you have a tilted uterus)

OctoberLibreMom1's story ~ Measuring a week and a half behind and an empty sac, this mom also had a D&C recommended to her

Starparticle's story ~ Looking a week and a half behind with no baby seen, Star was given the option to call back for a D&C in a week's time if her miscarriage hadn't started yet.

PipersMomma13's story ~ hCG levels at 51,000 and no baby seen with a non-tilted uterus. It is not only women with a retroverted uterus who may be misdiagnosed

MargaretEllen's story ~ At seven weeks, no baby could be seen but one week later, an eight week baby with a strong heartbeat. No tilted uterus

Large gestational sac and no baby

SnagglePussMommy's story ~ Because the sac was 1mm larger than the guidelines for when a baby should be seen (these guidelines are very wrong by the way), this mother was very coldly told she had a blighted ovum

Do you feel there is a problem with miscarriages being misdiagnosed?

"In all things it is better to hope than to despair"

Have you ever sought a second opinion by another physician?

Unless you have a natural miscarriage, there is room for error and misdiagnosed miscarriages are NOT rare. Take charge of your care and, unless there is an immediate need for a D&C, do NOT feel pressured to end your pregnancy too soon.

Misdiagnosed Miscarriages are finally making the news and, more importantly, research is beginning to come out about them!

A snippet from that article:

"As if the worry over potential miscarriage weren't stressful enough for newly pregnant women, research released Friday shows that current guidelines for using ultrasound to determine that a pregnancy has ended may not always be accurate.

The four new studies looked at U.K. ultrasound specifications, but when the findings are extrapolated to U.S. guidelines, the researchers suggest 1 in 23 women diagnosed with miscarriage could still have a viable pregnancy."

On the Misdiagnosed Miscarriage site, we believe that that figure might be much higher. For women diagnosed with a blighted ovum, something like one in five may be much more accurate.

For more on the inaccuracy of ultrasounds during the first trimester, check out my blog:
Misdiagnosed Miscarriage Musings

This poll is more for my own benefit. I hear from women just about every week who are misdiagnosed. Often they'll ask how they should handle the misdiagnosis. I'd like to know what you think.

What should a woman do who has been misdiagnosed with a miscarriage?

The UK is the first to acknowledge that misdiagnosed miscarriages are indeed a problem. The Royal College of Obstetricians and Gynaecologists has revised its guidelines. If your gestational sac is more than 25mm and/or the CRL is 7mm or more, you should wait a week to verify (if there are no complications). If the measurements are less, you are too early to diagnose. For more information (and something to take to your doctor), please, see my new page:

New Blighted Ovum Guidelines! You ARE Being Diagnosed Too Soon!

Even if you are not in the UK, print out the new guidelines and discuss them with your own physician.

Please, keep in mind, these are only a few of the misdiagnosed stories out there. We've collected many more and, thanks to the word getting out there, many more stories are popping up around the web!

Also, if you can think of any way to improve this list and make it more helpful for women, please, let me know.

If I don't reply to you here, please feel free to e-mail me directly at misdiagnosedmiscarriage@gmail.com

If you are wondering if you are misdiagnosed, please visit The Misdiagnosed Miscarriage site for support. Thank you!