Raw Foods And Your Skin 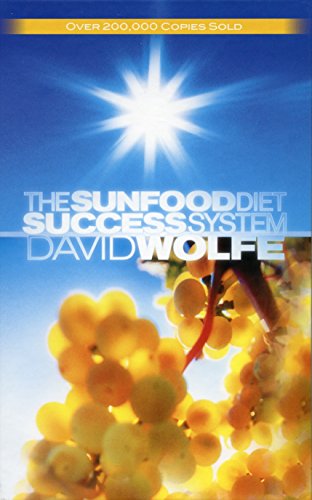 Raw Foods and the General Population

The concept of eating raw food does not go well with a lot of people at first. At least not when you are very comfortable eating chicken, beef, lamb, seafood, and other kinds of animal products. While there are some types of diets, like "The Master Cleanse," which can take you directly to eating raw foods, most people get to this point due to health reasons or because of the desire to experience some of the incredible effects of a purely raw diet.

Robert Ross has been a vegetarian for 40 years. He studied nutrition in the 1980s at UC Berkeley. He was a nutritional writer for the Shaklee Corporation a Fortune 500 company, from 1980-1986 and this is what he has to say about raw foods, "Having basically "cured" a chronic illness, and lost a lot of excess weight over the years, it is no wonder that I am an avid proponent of this lifestyle. But in addition to believing in it, and studying the science behind it, it is also a sacred mission for me. I feel a spiritual and deeply personal responsibility to share my experience and understanding with people as much as I possibly can."

Why Raw Food is so Good for Your Skin

One of the best ways to improve the appearance of your skin is by incorporating raw food into you’re the diet. Vitamins C, E, D and A are better consumed in raw form and people who starts eating mostly raw food notice positive changes their skin and look several years younger than they actually are.

Heating food above 105 degrees Fahrenheit destroys the enzymes as well as 50% of the protein. Heat causes denaturalization of protein giving it a molecular structure that makes it fail to carry out its functions properly. In the same vain, 70-90% of the vitamins and minerals also lose their power following heating. Besides, the process of digestion is made more complicated as the body has to in most cases work harder to reconvert those nutrients to forms easily absorbable. Eating more raw food decreases the amount of digestive enzymes your body has to produce. Raw foods are foods in their natural state with the enzymes left intact. A drained enzyme supply can result in vitamin and mineral deficiencies, premature aging and low energy. Eating cooked food can result in ‘enzyme overuse’. Raw foods high in enzymes include sprouts, papaya (paw-paw) and pineapple.

Free radicals damage your skin and interfere with collagen production causing premature aging. Collagen is needed in the process of tissue formation in the skin, muscles, and plays a vital role in wound healing, and bone formation. Antioxidants clean up radicals that are responsible for destroying the cells to cause aging. Berries, especially blueberries, acai berries are potent antioxidants that promote collagen which reduces wrinkling as the skin remain elastic and firm. Citrus fruits such as oranges, lemons and grapefruit help rid the body of free radicals keeping the skin looking young. Foods high in the antioxidant beta carotene including carrots and apricots protect the skin against sun damage.

Raw Food/Real World: 100 Recipes to Get the Glow
Buy Now

Spinach, broccoli and peanuts are raw foods that has high content of CoQ10.CoenzymeQ10 is an effective antioxidant involved in the process of energy production and present in every cell in the body. CoQ10 levels in the body diminish with age and so elderly people should cultivate the habit of eating more raw food to slow down aging.

Alpha-lipoic acid is a powerful antioxidant. Its duty is to catalyze the activities of Vitamin C and E, and assists the body's energy production. Alpha-lipoic acid can be found in several raw food stuffs like spinach, brewer's yeast, broccoli, tomatoes and peas.

Organic sulfur is the best form of Sulfur and it is lost in food when heated. It is needed in collagen production and for healthy skin, hair, nails, bones and muscles.. Sulfur is known to help improve skin conditions such as acne. High sulfur content foods include asparagus, broccoli, hemp seeds, pumpkin seeds, red pepper, garlic, onion, watercress and kale.

Fruits and vegetables contains the highest amounts of silicon including apples, oranges, cherries, grapes, strawberries, beets, cucumber, carrots and green leafy vegetables. Silicon is an essential trace mineral needed for healthy skin, hair, nails and bones. Silicon levels decrease with age. Because it is a trace mineral, there is always the tendency to assume they are not as important as other minerals.

Garlic, onions and shallots contains selenium which helps maintain the elasticity of the skin keeping it young because of their high content of Vitamin E.

Some Things To Think About With A Raw Food Diet

Body mass index is derived from the ratio of Weight in kilogram and Height in meters. Normal is 18-28. If a person is above 28, he or she is said to be obsessed. The raw food vegetarians in a study conducted had lower body weights (BMI) and total body fat than the other volunteers. They also had lower bone mass and bone mineral density.

While a person on raw food is more likely to have normal BMI, it is however undesirable if the BMI goes below normal. "It is well documented that a low BMI and weight loss are strongly associated with low bone mass and increased fracture risk, while obesity protects against osteoporosis," said the researchers.

But the people who followed raw food diets did not have any other biological markers that typically accompany osteoporosis and had normal rates of bone turnover in the same study which at least tells that osteoporosis is not likely to occur in people on raw food diet.

Lead researcher Dr Luigi Fontana, Washington University School of Medicine in St Louis, said: "We think it's possible these people don't have increased risk of fracture but that their low bone mass is related to the fact that they are lighter because they take in fewer calories."

Dr Fontana said the raw food diet group also had higher vitamin D levels than people on a typical Western diet, even though they did not consume dairy products which are known to be a good source of vitamin D. Vitamin D is known to be very important in strong bone formation though he attributed this to sun exposure.