What Foods to Avoid that Causes Acid Reflux?

Acid Reflux? What is it?

When the stomach contents such as food or liquid that consist of gastric acid leak backwards from the stomach into the esophagus (the tube from the mouth to the stomach). This is call acid reflux or in medical term Gastroesophageal reflux disease (GERD). This action can irritate the esophagus, causing heartburn and other symptoms.

At the entrance to your stomach is a valve, which is a ring of muscle called the lower esophageal sphincter (LES). Normally, the LES closes as soon as food passes through it. If the LES doesn't close all the way or if it opens too often, acid produced by your stomach can move up into your esophagus.

Esophagus is very easy to trace, it is a long tube that runs from the mouth to the stomach.

What is Gastric Acid

Our stomach produce a kind of fluid call digestive fluid or gastric acid, formed in the stomach. It has a pH of 1 to 2 and is composed of hydrochloric acid (HCl) (around 0.5%, or 5000 parts per million), and large quantities of potassium chloride (KCl) and sodium chloride (NaCl). The acid plays a key role in digestion of proteins, by activating digestive enzymes, and making ingested proteins unravel so that digestive enzymes can break down the long chains of amino acids.

It is not difficult to identify the symptoms of acid reflux. To set your mind at rest here are some of the most common symptoms of Acid Reflux Disease.

The Most Important Thing

All the information provided here is intended for your general knowledge only and is not a substitute for any medical advice or treatment for any specific medical condition whatsoever.

Should you have any health care related questions or any specific health issues, you should consult your physician, GP, medical practitioner or healthcare provider immediately.

You should never disregard medical advice or delay in seeking it because of something you may have read here or elsewhere.

What Foods to Avoid that Causes Acid Reflux

Some foods can trigger and causes acid reflux thus indirectly causing heartburn. Here are foods and beverages that may trigger your symptoms. For most of the people, these include:

There are a number of reasons why alcohol influences reflux. When the digestive system operates normally, a small valve called the lower esophageal sphincter (LES) keeps stomach acids in the stomach. When the LES relaxes or weakens, stomach acids enter the esophagus.

Alcohol is known to relax the body’s natural processes, which explains how it relaxes the LES. When acid reflux and alcohol are combined, a person may experience heartburn, coughing, abdominal pain, or bloating. Over time, regular alcohol consumption has been shown to cause permanent damage to the LES. This may mean finding reflux relief is more difficult, if not impossible. If acid reflux is left untreated, it can cause permanent damage to the esophagus and foster the growth of cancerous cells.

Thus, avoiding alcohol entirely may be necessary, especially if your reflux becomes more active after drinking. However, some people can get away with a few drinks and not experience symptoms.

Do not mistaken by not drinking coffee itself can avoid taking in caffeine, there are many more drinks that contain caffeine as well. Soda drinks and other carbonated beverages such as tonic water may increase your acid reflux symptoms, because the carbonation increases the pressure in the stomach. On top of that, caffeine, which is present in many sodas, can be a heartburn trigger.

Chocolate contains concentrations of theobromine (a compound that occurs naturally in many plants such as cocoa, tea and coffee plants), which relaxes the esophageal sphincter muscle, letting stomach acid squirt up into the esophagus.

Many people experience acid reflux symptoms when they eat onions. Avoid onions as much as possible, especially raw onions.

Citrus fruits and juices are highly acidic and can cause heartburn in patients with acid reflux. Oranges, orange juice, and grapefruit can be triggers. If you have acid reflux and still want to enjoy citrus fruit, try eating it for dessert on a full stomach rather than on an empty stomach.

Another good-for-you food that isn’t so good for acid reflux is garlic. Some people experience heartburn after eating a lot of the stinking rose.

Like onions and garlic, tomatoes are full of health benefits but are usually too acidic for people with acid reflux.

Most people know that fried foods can cause acid reflux, but they don't understand why. Foods that are high in trans fat slow down the digestive system, which may cause digestive juices to move back up the esophagus. Avoid eating foods such as French fries, doughnuts, egg rolls, and any food that has been deep fried in oil.

Bakery produces baked foods such as brownies, cake, doughnuts, muffins and other sweet treats usually contain trans fats too. These foods also have high levels of preservatives and other unnatural ingredients, which may cause acid reflux to become worse.

Many people experience an increase in acid reflux when they are eating animal protein such as meat and dairy. These foods are very hard to digest and they slow down the digestive process, which may cause the acids to irritate the esophagus. Additionally, dairy foods such as milk and cheese cause the body to excrete extra stomach acids to aid digestion.

While many people think peppermint is soothing for the tummy, it is actually an acid reflux trigger food. Our best advice is to skip the after-dinner mints, especially after a rich meal. They may be good for your breath while on a date, but they are not so good if you are prone to acid reflux. Peppermint relaxes the sphincter muscle between the stomach and esophagus. This allows stomach acids to flow back into the esophagus.

When it comes to acid reflux, whole milk or full fat milk are generally regarded as foods to avoid, as it weakens the muscle valve in the lower esophagus. Chocolate milk should also be avoided as chocolate contains concentrated amounts of theobromine (found naturally in many coffee, tea and cocoa plants) and can relax the esophageal sphincter muscle, causing stomach acid to rise up into the esophagus.

The Natural Remedies for Acid Reflux and Heartburn

Whenever someone is diagnosed having acid reflux or heartburn, always they will be prescribed a medicine called Antacids, such as Mylanta, Rolaids, Alka-Seltzer, Maalox, or Riopan which can neutralize the acid from your stomach and relief the heartburn sensation. Although it helps to reduce the pain, but also, it gives unwanted side effects like diarrhea or constipation if you have overused them. The best antacids that will work are those contain both magnesium hydroxide and aluminum hydroxide which may help to counteract these gastrointestinal side effects. But yet, it will produce another irreversible side effect because of the aluminum, which has been associated with senility and Alzheimer’s disease.

Aniseed or anise - is a powerful herb that helps in digestions and has many other benefits for our body. Use only the ash-colored anise called green anise, European anise or sweet anise. DONOT use Star anise and Caraway, which will not work for acid reflux.

Lavender - which is known for its scent has enormous healing activity for our body. It is also an excellent stomach aid which is useful in reducing acid in the stomach.

Cast your vote for Natural Remedy for Acid Reflux or Heartburn

This is another natural remedy that can help on you acid reflux.

Get two medium sized potatoes, wash clean and leave the skin intact. Remove the buds and cut into pieces. Make sure that you remove all those sprouting and greenish parts, as these are poisonous if consumed. Then use a juicer to extract about 200cc of juices. Set it one side and allow to stand for three minutes, filter the residue and only take the liquid on top.

If you do not like the taste of raw potato juice, add in an apple will make it taste better.

Do not consume the white sediments at the bottom as the starch will only worsen your condition. You can consume this for twice a day and remember that it must be consume with an empty stomach, for example, you can take it in between your meals.

Since the sedimentation of starch is still edible, you can keep it and use it to thicken food.

What the Expert Agree: Acid Reflux and Heartburn Can Be Very Dangerous If Left Untreated

Thank You! To all the SquidAngels who blessed on this lens - This lens has been blessed by the following SquidAngels

Thank you very much! 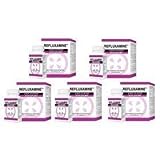 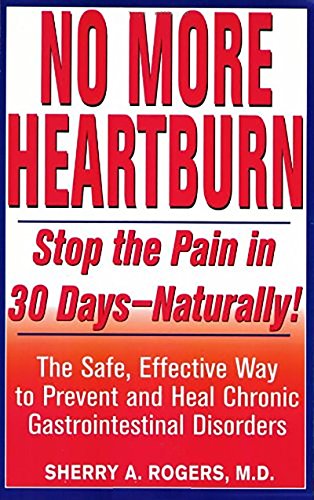