Trabeculectomy, One Surgery For Glaucoma

I Have Glaucoma, And A Trabeculectomy

One of my struggles for the past 15 years has been the increased eye pressure that lead to glaucoma, a disease of the eye which left untreated can lead to blindness. I had a number of eye surgeries, but eventually it was necessary to have something more drastic done for one of my eyes, a trabeculectomy. I needed to understand more of this surgery option, and thought that there are others who would have need of the information and also might want to know about my personal experience.

My surgery was performed several years ago, and I can now speak about what the overall result has been so far.

If you have glaucoma - These things help

What is glaucoma? It is the buildup of pressure inside the eyeball which can lead to blindness from damage done to the optic nerve.

AUK Study has determined that OPP (ocular perfusion pressure calculated using a person's intraocular pressure and his blood pressure) is largely determined by cardiovascular fitness, which is why exercise is so important.

What is a trabeculectomy?

This surgery creates an opening or canal in the eye which is covered by a flap. It works by allowing the fluid (Aqueous Humor) to drain out of the eye, bypassing the clogged trabecular meshwork, which is the normal way an eye releases the fluid.[1]

The flap created is called a "bleb", which can be somewhat noticeable, but the size of it doesn't correlate with how effective it is in draining fluid.

This surgical treatment treats open-angle glaucoma and chronic closed-angle glaucoma. I had it done because I was relatively young when developing glaucoma and because I didn't do well with the medications used for reducing eye pressure. My doctor decided at the time of surgery which procedure would be best for me.

Trabeculectomy is the most common surgery to treat glaucoma.

Intraocular Pressure or the amount of pressure inside the eye. IOP ranges between 10 and 21 mm Hg in the general population.

What Happened During My Surgery?

Before the surgery I was prescribed some medication for my eyes. Antibiotics are used to help prevent the eye from getting infected.

The day of my surgery I went to an outpatient clinic, where they took my blood pressure and prepped me for surgery. I was awake during surgery, which was performed after my entire eye area was draped and anesthetic was administered. Surprisingly, the entire procedure was without any sensation and did not take very long. Afterwards I was in recovery for a little while and drops were administered to reduce swelling and help successful healing.

I had to take those drops for a few weeks following the surgery. Immediately after the recovery, my eye was bandaged and a shield was taped over it. I was given instructions including the importance of not jarring or bumping the eye, and how to change the dressing and administer the medication drops. My husband drove me home.

The First Few Months After My Surgery

I had residual drooping of my eyelid for about 6 months after the surgery- after a year or so the eyelid is normal and can't be told from the eye without the surgery. There are times the "bleb" becomes a noticeable blister on the eye and most of the time it is unnoticeable. I'm not sure what causes the blister of liquid to form. During visits to the ophthalmologist, he sometimes squeezes the eye ( yes, like squeezing a lemon), which is a bit uncomfortable but drops that pressure somewhat.

The surgery has been a success so far. I use eye makeup, and don't take particular precautions except for those for general eye health ( like wearing sunglasses). I'm hoping I do not develop the cataracts that are said to be somewhat more likely after this type of surgery.

I always try to protect my eyes from the glare of the sun, now. It helps to have a really stylish pair of sunglasses, and I love Kate Spade. 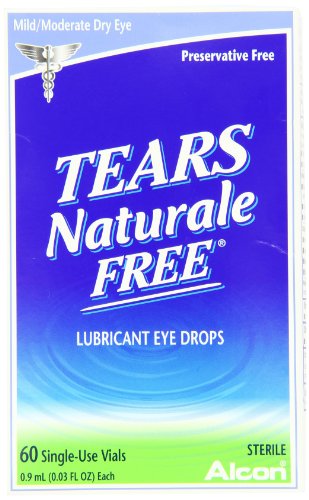 I now protect my eyes - I use artificial tears, and swimming goggles

During the times my eyes feel dry I use artificial tears. Preferring single use vials, to prevent contamination of an open bottle, and because I am sensitive to preservatives. Swimming goggles are good if going into the ocean or chlorinated swimming pools. An eye with an opening can be more prone to infection than an eye without such surgical canals.

Sunglasses help protect eyes, too. I have prescription sunglass lenses, but sunglass protection is the important thing.

It helps to eat fruit with anthocyanidins antioxidants and vitamin C. Bilberries are some of the highest, but blueberries are good, as well.

I've mostly had success with my trabulectomy surgery, with good reports on the bleb (A small bubble that nearly always forms over the surgical opening).

However there have been a couple times that it extended down over the white part of my eyeball, looking like what I describe as a "blister". Sometimes my eye becomes quite red when I go without sleep, or over strain my eyes.

My eyes will feel quite dry and I use saline eyedrops for that. I go to the Ophthalmologist about every 3 months for checkups, and occasionally had to go in with conditions that worried me.

The blebs make simple infections like conjunctivitis much more serious, so they must be checked whenever there is sign of infection.

See For Yourself - The Trabeculectomy Procedure

An illustration showing open angle glaucoma problems with the meshwork of the eye.

It is believed that Glaucoma was the cause of Ray Charles' blindness, although it is not known for sure.

African Americans have a higher rate of glaucoma and blindness and should have regular eye checkups. 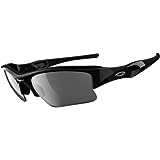 Find out more about glaucoma

Glaucoma is the second-leading cause of blindness in the United States.

It has been a number of years now, that I have had the "Trab" surgery. I am checked regularly, and the appointments have reduced to about twice a year with stable pressures reading in the teens. My ophthalmologist is happy with the state of my eyes and the "bleb".

The eye tears at times, and if I experience dryness I use artificial tears, but other than that my experience is uneventful and I get on with daily life just fine.

As the year previously, I report about the same, except that I notice blurriness quite often. That was attributed to the dryness.

The pressure stays low in that eye, but I have lost some peripheral vision; probably unrelated to the surgery and more a result of the poor eye health. I try to use sunglasses to protect the eyes and get ophthalmologist checkups every three months.

Do you get eye checkups regularly? - Have you had this surgery? What was your experience?