Weight Watchers 360° Plan - Will It Help You Meet Your Weight Loss Goals?

It's another end-of-the-year, which means changes to the Weight Watchers weight loss plan - as usual. 2013 marks Weight Watchers 50th anniversary, and to celebrate it on December 3, 2012 they unveiled their new Weight Watchers 360° Plan, which promises to take a holistic and all-encompassing approach to not just losing weight but keeping it off in the long run.

Weight Watchers 360 Plan Kits on eBay - Get everything you need without attending a meeting!

Bid now on these Weight Watchers 360° kits so you can get started at home with the plan - and decide for yourself if it works or not!

"No, we didn't change the formula, and no, you don't have to buy new books!" said Weight Watchers CEO David Kirchhoff in his blog post "Manifesto baby! It's time for a Better Way (aka Introducing Weight Watchers 360)" on December 2, 2012. To learn more about how PointsPlus differs from the original Weight Watchers Points calculations, please visit my previous articles on the subject:

Weight Watchers Points Plus: The Problem of 29

"It is estimated that we make 200 food decisions every single day, but we are only conscious of 10 to 15 of them. It's no wonder we mindlessly eat with only fleeting recognition that we are doing so." - Dave Kirchhoff, Weight Watchers CEO 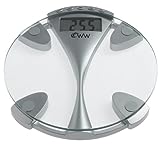 Weight Watchers by Conair Glass Weight Tracking Scale - Before you jump on the plan...

...you might want to jump on the scale first! This high-tech step-on scale can keep track of start, most recent and goal weights for four different users at once - great if your whole family needs to watch their weight. Level-indicator makes it easy to be sure your weight measurements are as accurate as possible.

One of the toughest parts of losing weight is keeping it off long term (this I know personally all too well - after losing 70 pounds on Weight Watchers Flex Plan seven years ago, and maintaining that loss well for four of those years, I've now put half of that weight back on in the last three.) Weight Watchers CEO Dave Kirchhoff confesses to the same problem in his article introducing the 360° Plan, It's Time For a Better Way: Introducing Weight Watchers 360:

"It seems we're not surprised when the weight comes back, but when it does, we blame ourselves and our confidence is shaken. It's happened to most of us and it's happened to me-more than once."

To try to combat the problem of weight regain, Weight Watchers now promises to help members with the emotional and environmental issues which affect the food decisions we make, for good and often for bad. Today we are overwhelmed with convenience food and tasty options manufactured by the food industry for maximum quick pleasure and satisfaction - but not necessarily for our good health and weight management. "Supersizing" of portions is common and almost expected as part of getting a "good deal" when we eat out. Human bodies designed to store fat in times of food scarcity are not built for a world where food is now in easy overabundance for many of us - where we may often eat "for fun" (or emotional comfort) instead of from actual need and hunger. Couple these changes with our more sedentary lifestyle driven by modern technology - more people working at desks and computers instead of at hard labor, driving everywhere instead of walking - and "It's hardly a surprise that we gained weight. In fact, the obesity epidemic was seemingly all but inevitable."

Your Experience With Weight Loss "Yo-Yo"ing - Via Weight Watchers or otherwise - have you lost weight only to put it back on in the long run?

How was your last weigh-in?

A 2005 research study stated that only "20% of overweight individuals are successful at long-term weight loss when defined as losing at least 10% of initial body weight and maintaining the loss for at least 1" year.

But what about even longer than that?

How succssful have you been in losing weight - and keeping it off long term?

The big change for Weight Watchers 360° and its online utilities is introducing new tools for tracking and dealing with daily temptations: Spaces and Routines. When one enters the Spaces area, Weight Watchers presents several different scenarios for where you will be for the day or week ahead: "At Home", "Shopping", "Workplace", "Eating Out", "Travel" and Special "Occasions".

Click on the one which is most directly related to your day ahead, and Weight Watchers will provide you with advice and coping tips to get you through the temptations that might present themselves to you in that Space. For instance, "At Home" provides tips such as how to "Make your pantry Plan-friendly" and "Create an exercise friendly domain". There are also tips for dealing with common "Panic Moments" that can easily throw you off-Plan such as "Stuck with dessert in the house" or "Can't stop nibbling while you cook".

The Routines section is next, and offers 16 different healthy habit routines you can work on developing, three at a time. Some of those Routines include "Eat breakfast every day", "Get 7 to 8 hours of quality sleep each night" and "Wear and activity monitor all day, every day"*. Once you select a Routine, you'll find tips on success for it and your selected three Routines will show up on your main tracking page.

* The new plan also includes an "optional" activity monitor, ActiveLink - which will cost you an additional $40 to purchase plus a $5/month charge to convert physical activity into Activity Points.

With the introduction of the new Weight Watchers Plan for 2013, it's now easier to find old plan kits for auction on eBay at a great price.

What Do You Think of Weight Watchers 360 Plan?

Do you think Weight Watchers new 360 Plan will help you meet your weight loss goals?

What are your thoughts? Are you going to give Weight Watchers 360 Plan a try? Or are you tired of Weight Watchers' constant "radical" plan changes that often just seem like repackaging of the same concepts and materials?