Celebrate Turning 60 With a Laughter-Filled Party

When your mom, wife, sister, friend, female coworker - or whoever she may be - turns sixty, it's a super big deal. If you're thinking of throwing a woman a party to celebrate her 60th birthday, you can't go wrong with a theme of laughter, humor and jokes - as long as they don't totally cross the line of good taste. Here are some funny and light-hearted birthday party ideas for decorations, entertainment, and speeches suitable for helping women celebrate the landmark year of sixty.

Gag gifts themselves are party entertainment. What makes a good joke gift? Definitely nothing mean. Anything that will get her to laugh and give you a hug. The funny book

When I Grow Up I Want to Be 60 is just such a present; it puts things in perspective, tastefully.

At the party, for a laugh quote snippets from

1000 Unforgettable Senior Moments, Of Which We Could Remember Only 246. The book has funny anecdotes to strike just the right note of rueful humor, recounting funny "losing my mind" happenings to everyone from Jimmy Carter to Marilyn Monroe.

And don't forget various good-spirited over the hill gifts and party favors. When you've got a young-at-heart 60th birthday woman on your hands, an over-the-hill gift basket will show her adamantly that she's not over the hill by a long shot.

You're Only Old Once!: A Book for Obsolete Children
Buy Now

Enhance your birthday party in honor of a woman turning 60 years of age with verse, poetry, and sayings specifically relevant to reaching the age of sixty. And make it funny.

Check out this large selection of witty haiku, limericks, and poetry great for cards and speeches aimed for 60 year olds.

I'm no poet, but here's a quick, silly 60th birthday poem in rhyming verse that you're free to quote at a party.

At 18, she reaches voting age

After 40, she becomes quite sage

At 60--she begins her Golden Age

Which means she steps onto the stage

And goes and plays the batting cage

And learns how to fix a pressure gauge

And studies the meaning of "macrophage"

Because she knows, with the wisdom of age,

In life you never disengage!

Tell 60th Birthday One Liners and Jokes to Break the Ice

If you tell jokes at her party, be funny, creative...and considerate. The 60th birthday girl may be sensitive at reaching a new decade of life. Even if she's not sensitive about her age, she may not respond well to anything too macabre.

An "over the hill" joke, if light and tasteful, can get lots of laughter, adding levity to what can be a too-serious transition time in life. But tailor it for the particular woman's personality.

Here's a silly idea to get you started - it's perfect for speeches:

What do you call a woman in her late sixties?

What do you call a woman in her mid sixties?

What do you call a woman in her early sixties?

What do you call a woman who's exactly sixty years old?

Two kinds of party games are ideal for a 60th birthday party for a woman: board games that harken back to her childhood and games and activities of nostalgia that take her back to the decades of her growing up and young adult years. Both are good for lots of laughs.

Some suggestions for entertaining party games: 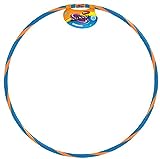 The birthday gal likely has nostalgic memories of listening to disco and folk songs when she was a teenager and in her twenties - and maybe still! So play a party CD with Village People, Donna Summer, Abba, Bob Dylan, Carly Simon, and other music artists who were part of the culture of her younger days.

You'll be surprised at what memories it brings up, both for the recipient and for your guests. 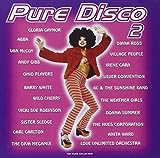 He's whimsical...he's silly...he's Mr. Potato Head, and if you go with a nostalgic theme, he's a perfect party favor...or a funny centerpiece for a table, tray, or cake. 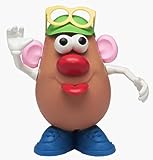 Go the Whole Nine Yards - 60th Birthday Decorations and All

For a good-humored woman who's turning 60 this year - one who likes to laugh at herself and is positive about life - celebrate her age with a funny party.

First, pick your theme. Elegance is all well and good. You can go for the classy crystal, the fold-up napkins, the satin tablecloth. And you can personalize the theme: if she loves blue, this is the year to use blue decorations. If she's a cat lover, have a cat-themed birthday party. She's 60, and it's all about her. But don't neglect touches of light-hearted fun.

Use little nostalgic touches that add humor. What about a Mr. Potato Head placed on the table...a bunch of Slinky toys laid out in decorative arrangements...hula hoops hung on doorknobs...the mind boggles when it comes to funny 60th birthday party decoration ideas.

Think tacky. Think the number "60" emblazoned over everything. Some birthdays, you don't emphasize a woman's age, not unless you want to get shuffled out the door. But 60 is a milestone, a landmark age, and should be embraced.

Same with her 60th birthday cake and candles. Get her all the candles. She's lived six decades. She's earned each and every one.

She's done a lot in her life--and she's not done doing it. Help her tell the world. 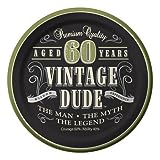 Call for Speeches at the Party

Speech! Speech! A speech can enhance a party and make it truly memorable.

You can place a general call for speeches, but a better plan is to warn the people who know your mom (or wife, or friend, or whoever she may be) to prepare a birthday speech commemorating the grand event of becoming 60 years old.

Tell them--ahem--that you want a funny speech. Humor. Jokes. It's all about the laughs.

Some 60th birthday party speech suggestions, if you're at a loss for topics:

Besides putting the birthday girl on the spot, call for speeches from:

See author's disclosure regarding compensation for this article.