I remember celebrating Halloween in the 1st, 2nd, and 3rd grades in school. It was a more innocent time.

We dressed up as our favorite cartoon characters and Universal Studios monsters to parade through the neighborhood around our school, entertaining housewives and retirees for an afternoon. Then we went back to the classroom for punch and cupcakes. It was fun, but we did nothing for Halloween after third grade.

At home, we handed out some candy those first three years, but stopped when high school kids and college students in just plain old clothes began to come around, smoking as they demanded treats. Then they vandalizes the neighborhood.

In addition, kids from the richer neighborhoods started showing up with 30-gallon garbage bags, demanding extra large portions of candy while their parents waited in their expensive cars. It was not fun any longer. Toilet paper solved part of the problem.

My father got the idea to dress in dark colors and hide down by our fence (we were fenced in all around and had high shrubs).

He held a big garbage bag of toilet paper rolls and cartons of eggs.

Hidden from view in this way one Beggar's Night, my father waited for the older boys to show up to do damage.

As a group of over half a dozen teens strode nearby on the sidewalk, discussing how they were going to damage the homes in the neighborhood, my father pelted them with a lot of eggs and then let fly with toilet paper that stuck all over them.What a sight! The shouting was also intense.

My father laughed so much, the boys thought he was crazy and fled, looking absolutely idiotic. Kids on the sidewalks laughed and thought the boys had invented new costumes for the season.

As an adult on Halloween, I either forget about the holiday because I am working, or I might take some kids to the community harvest festival/costume party at the community center or one of the local churches.

Costume parties are fun all year long, so why wait for October?

In a particular Scandinavian country, a costume party begins in the middle of the night on a February date when children and adults alike go "trick or treating" from door to door to gather the residents and meet at the town square and community hall for a three-day party. That's the way to do a costume party!

What is the Origin of the Green Witch Face?

I don't like the green-faced witch costumes, because that image really comes from the gangrene and facial discoloration suffered by innocent women herbalists in the Salem witch trial era, when they were beaten, hung on a stake, burned, or asphyxiated.

I think we should do away with any commemoration of that and teach children about avoiding prejudice instead.

The Comedy of Halloween

So, I really don't celebrate Halloween, but I like to go for a ride on the Halloween Train in Bridgeport, Michigan on the other side of I-75 from Frankenmuth. It includes a long 1/4 size train ride through tableau full of actors for the season and is quite fun. railroad enthusiasts can find special deals at the train station's gift shop. 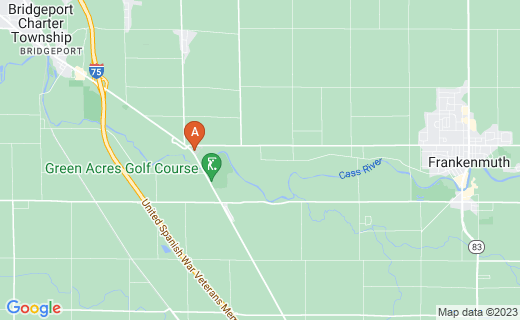 I don't even celebrate Halloween and this is still a great place for me to have fun.

This great ride takes you through hundreds of acres of nighttime lights, goblins and other characters, along a route of 250 Jack-o-Lanterns in a 1/4 life size train like those in some kiddie zoos. You'll go over railroad bridges and think you are going to fall out. You get stuck in a lighted "tunnel" and feel trapped. You'll hear shrieks and chainsaws sawing away. You'll hear laughter as the goblins fall down and drop things.

Even the wait in the ticket line is fun. While you are talking to one friend, a ghoul will step up quietly to help you into the train and you will turn and realize that your other friend looks monstrous all of a sudden. Many screams are heard before the ride even starts. Once under way, you will visit 80 different tableaux that are like an entertaining B-list movie and most are very funny.

Hot chocolate is available on the grounds and in the hobby shop. It's the largest 1/4 size railroad operation in al the world.

I prefer to laugh at Halloween and appreciate all things funny and witty.

One of my favorite witty traditions in the Peeps! I thought they were just hunks of tastely rubbery candy until I discovered a droll research site about them.

And there have been many discoveries since that time.

For example, there is the wonderful Peep's Halloween passion play below:

Bobby (Boris) Pickett recorded the novel number The Monster Mash way back in 1962. Many people enjoyed it and it was worn out on the radio by local DJs. Reruns of old "dance party" TV shows depict teens and show hosts in Halloween costumes dancing the latest steps to Bobby's tune backed up by The Crypt Kicker Five.

A number of renditions are available on Youtube, some of them not very good. However, the selection below is cut into classic horror film scenes pretty nicely and some of the dialogues chime in in just the right spots.

The Monster Mash was featured on a long-playing album of the early 1960s that is very rare and sometimes still available on eBay for a LOT of money. It is called Dracula's Greatest Hits. However an attractive CD is now available and contains extra material.

The Nightmare Before Christmas

The Nightmare Before Christmas is a fine family film for Halloween, as long as the images are discussed with small children that might be frightened by them. I find the characters absurdly charming someway and enjoy Jack Pumpkin's feud with Santa Claus.

It all ends well and the animation is fascinating to watch. My favorite scene is one in which a small mad scientist opens up his skull to scratch his brain while he is pondering a solution to a problem.

The following selections from the film are good ones as well.