Here's a "head's up" on what to buy and which products to skip when shopping at the Dollar Store. Not everything is priced at one dollar.

One of my childhood memories was about a music box sitting under the Christmas Tree. I hoped with all my heart that it was for me and not my little sister. I had previously written to Santa confirming that I had been very good all year and wanted a music box more than anything. And when I saw that music box under the tree I begin praying that it would be for me.

I carefully read the tag, " To Audrey June", and could barely contain my joy. Tears filled my eyes as I held the little music box in my lap. Oh, I was the luckiest little girl in all the world. I can't remember what ever happened to my music box and I wish I still had it. But I do remember asking my father this question, "where is its heart Daddy?" I will never forget his answer..."The Heart of The Music Box Is You ."

The stories I could share with my music box. Every night for years, its lingering music lulled me to sleep with strains of Puccini's "Oh Caro Mio Babbino." Sometimes I would pretend to be a ballerina and glide across the floor in my tiny room to the rhythm of the music coming from the inside my music box.

I wondered how the music got inside of the little wooden box. I tried to imagine how that was possible. I would make up different scenarios of how the music box came to be and put a variety of faces to the inventor.

It was the year, 1848. James Marshall finds gold in Sutter's Mill in Coloma, California. The 1st commercial bank in San Francisco, California was established. Mexico gives Texas to US, ending the war. The 1st US women's rights convention was held in Seneca Falls, NY. The first railroad in Spain - between Barcelona and Mataró - is opened.

And in in L'Auberson (Sainte-Croix), Switzerland lived the father of 8 children by the name of Alix Gueissaz. As if he didn't have enough to do with 8 children to help care for, he began manufacturing music boxes.

One of those 8 children, a young man by the name of Jules-Louis took an avid interest in helping his father build music boxes. He learned the art so well, he became the firm's first successful salesman. 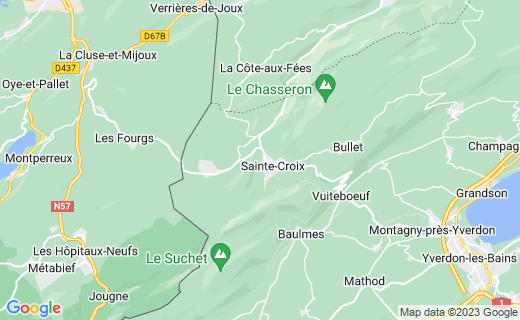 How The Music Box Works

I wonder as I write this, if the inventor of the box filled with such delicate musical sounds had even a vague notion that he was bringing to the world something so intriguing and lasting.

A music box brings a sense of tranquility. There's something about the celestial sound that seems to wrap itself around you. It's music is appealing to all ages. The enchanting and magical sound charms the memory of earlier times.

Music boxes come in a wide variety of styles and types and can easily become a collecting treasure. And children love to wind them up and listen to the melody as it slowly and very accurately winds down to a stop.

The music from inside the box comes from a vibration. The Vibration is a rhythmic mechanical motion which occurs around a stable equilibrium. And it is sustained while the system has access energy.

The melody, or pitch is produced by the rate of vibrations that occur. When the pitch is low, the vibrations are slower and when the pitch is higher the vibrations are faster. In this sense, the music box can be compared to the strings of a piano. The longer strings vibrate slower than the short strings. The longer strings then, produce a lower sound while the shorter strings produce a higher pitch. There is of course much more on the physics of music but this is basically how it works.

And it begins to play

A melody so haunting

It somehow seems to say

My little song is just for you

So play me often please

I’ll play your every care away

And put you right at ease

My little switch you simply move

Unlike most human beings

(It’s hard to shut them up)

I’ll be here for you waiting

I’m such a happy music box

And I love to sing for you.

The Heart of The Music Box Is You

The Heart of the Music Box is You, for only you can connect to the music. It is you who listens to the melody and feels its rythym. The music box is unable to play until you wind it up. And with many music boxes, it is you who can stop its music when you want to by closing its lid.

But even more important are the memories that flood the human mind. Memories of another time and another place. Our mental camera reminds us of both blissful and sorrowful times. It re-captures events, times, places and people.

Yes, you are the heart of the music box and may you live each day with your own music, played to the beat of your own drummer.

On behalf of music boxes everywhere...I thank you.

Check out the Glass Harp

A Few Facts About the Music Box

I used to play this for my mother - she loved this piece.

Have you ever had a music box?