Every Day is New Year's Day

Is history like a straight line, or is it more like a circle? CJ Stone goes in search of time.

The Empire of Things
Buy Now

A happy new year to you.

Because - if you stop and think about it - the whole world is reborn at every moment, with every breath you take. There is only ever the present. What is past has already been done, and cannot be undone. What is in the future hasn’t happened yet. So there is only now. Only this one moment.

This moment encompasses all that went before, and all that is to come. It is the culmination of all the decisions you have previously made - all the accidental encounters, all the lost opportunities, all of life’s strange turnings, those twists of fate - and then it is also the seed for what is yet to be, what hasn’t been decided yet, the beginning of a new life and new opportunities and new journeys, just around the corner.

It is the collective decisions we make - all of us together, the whole of the human race, in this moment, at this crucial time in history - that will finally determine what our future will be, and each of us individually has exactly this amount of responsibility, that we must make our own personal decisions, but that we must make them with integrity and love. Whether it is a good world in the future - one that our grandchildren and our great grandchildren can enjoy - or whether it continues on its current descent into madness and absurdity, is still a matter to be decided.

It’s the approach you take to these mundane matters that makes the difference: whether you undertake them with anticipation and joy, or as just some task to be got out of the way before you get on with whatever other distraction is claiming your time and your attention. It‘s how you use your time that matters.

Time is actually a great mystery. Do we even know what it is or what it is made of? What is it for, exactly?

According to Einstein, for beings travelling at the speed of light time would not even exist. A being made of light could travel back and forth in time the way you and I get on a bus or hop on a bike to go to the shops.

There is one theory that as the universe is expanding so time is unravelling, which means that if space ever did collapse back in on itself, then time would run backwards again.

That is entirely possible. Thus we might have to live our lives all over again, but backwards this time: from death to birth, instead of the other way around. And who can say, really, which way is the right way? Life is a journey from one mystery to another, whichever way round you look at it.

Of course, whether you think now is the right time to wish anyone a happy new year or not depends on which calendar you are using. For instance, January in the Gregorian calendar is actually Tevet in the Jewish calendar, and the new year is not due for another nearly 300 days, on the 1st and 2nd Tishri, when the year will become 5773.

According to the Southern Buddhists, new year is the first three days of the full moon in April and the year is 2555.

In fact it is possible to celebrate new year in almost every month of the year. It depends on what part of the world you come from and which belief-system you ascribe to. 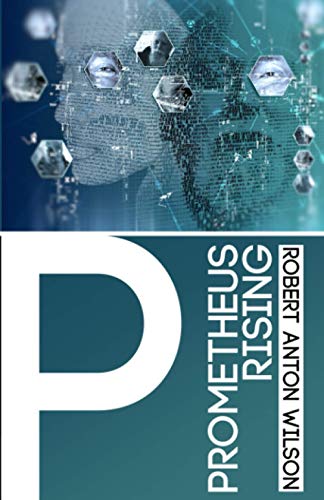 According to Robert Anton Wilson, the great anarchist thinker and writer, the year is now 6012, his personal count beginning with the birth of Hung Mung, a mythological ancient Chinese philosopher who supposedly answered all questions by shouting loudly, "I don't know! I don't know!"

Later he revised his views, saying that ALL calendar systems, including his own, were attempts to impose a single vision on a complex world, and he started using a variety of different systems at the same time. So a Robert Anton Wilson article might be dated in any one of about twenty different ways.

What most of these different calendar systems have in common is a starting date. That is, they are linear and progressive and whoever devised the system had to choose a day on which to start calculating the progression of days and months and years that lead us up to today‘s date.

At the same time it goes from strength to weakness, from vigour to decrepitude, from imagination into habit, from creativity into decay, and it is a process which can never be reversed.

One particular Celtic version of the new year came in the form of a story. The young Oak King challenges the old Holly King for the love of the goddess, and kills him. This story is commemorated in a garbled form in the ancient carol, the Holly and the Ivy, and is repeated, in reverse order, in the summer, when the Holly King defeats the Oak King.

Thus the cycle of the year is seen as a story of death and rebirth, endlessly echoed through time. Birth and death: it’s all part of the same process. The birth of the new year, and the death of the old.

Which, of course, is exactly what it is: death and decay giving way to growth and rebirth, and all of us spinning in a merry dance through the cycles of seasons.

Shall I tell you my new year’s resolutions?

I will wish everyone a good morning, even when it‘s not.

I will look at the stars whenever the night is clear.

I will always be good to myself.

Have a great new year everybody!

More on time by CJ Stone