Kari was an operating room nurse for 25 years before she retired. Uplifting quotes are always wanted and Kari collects them.

Years ago I had the pleasure of caring for a small girl from Poland. She had a "hairy nevus" on her upper arm. The upper arm looked like it was covered in gorilla hair, except for one thin strip of skin on the inner aspect of the arm. She was in the USA for a plastic surgery procedure to remove the nevus.

The son of a plastic surgeon working at our hospital had traveled to Poland. He was so taken with this girl and her family that he convinced his father to do the surgery on her for free. He raised the funds to bring them to the USA and to pay for their stay.

The girl and her family were wonderful people. Only the father spoke English, but I became good friends with the girl and her mother. They were in the US for about a month and a half. The father was often busy. I spent a lot of time with the mother and child. We didn't need to speak the same language to communicate and I grew to love them.

After about 3 weeks, I found out that the child's 6th birthday was the following week. Engaging the help of a few good friends, all with children near the child's age, I managed to put together a surprise birthday party. We had so much fun! It was a surprise to both the mother and child. To this day, I can still see their faces as walked into the room.

Language was no barrier to the children. They played and laughed, never worrying about understanding. Children seem to understand each other better than adults. The child's face was lit up with joy the entire time.

After they returned to Poland the mother and I kept in touch. A couple of years later, she sent some beautifully painted wooden eggs for Easter. She explained that the making of these eggs was a tradition passed down through her family in Poland.

I have treasured these eggs for years as a symbol of our friendship. We lost touch while I lived in NM, but the eggs keep her close in my mind and heart. I will never forget how blessed I was to know this family.

Pysanky are beautiful decorated eggs made, most commonly, in the Ukraine. The word Pysanky (plural) or Pysanka (singular) comes from the word pysaty which means "to write". The designs are drawn on using a kistka (a special writing implement) and beeswax. The egg then go through a series of dyeing and drawing on more wax. The wax is removed at the end and a beautiful and intricate design remains.

True psyanky are not wooden, but actual egg shells.  Traditionally the egg was left whole and eventually dried out.  Now it is more common to empty the egg after it have been decorated and a coat of varnish has been applied. The wooden ones are much more durable. The design has been painted on and they are equally beautiful.

The Tradition of Pysanky

People began making pysanky some time around 4000 years ago. The egg was considered the beginning of everything. The shell was the heavens, the white was the water, and the yolk was the earth. Later, the egg became a symbol of rebirth. Pysanky decorations are symbols that give the power of health, wealth, power, fertility and rebirth, to name just a few.

Velykden was initially the name for the spring equinox, the feast of life or rebirth. It translates to "great day". The early Slavs believed in a sun god. The birds were the only beings able to get close to the sun god and so were the sun god's chosen. The people could not catch the birds, but they could get the eggs. Thus eggs were believed to have magical qualities and to be the source of life and rebirth.

The pysanky were made by the women of the family in a highly secret setting. The women made them after the children went to bed. No peeking was allowed. The secrets of the dyes and designs were passed down from mother to daughter, generation to generation. The eggs would be made over the course of a week. It was not uncommon for one household to make 40 to 60 eggs. Eggs were given out to family members and esteemed friends.

Pysanky-Filled With The Spirit of Women

The making of the pysanky was thought to take the goodness of the women and transfer it into the design on the egg. This was thought to decrease the hold evil could have on the household. The eggs held the household safely when the women displayed exemplary behavior prior to creating them.

The women were to ensure they exhibited the qualities of love and benevolence during the day before they made pysanky. They were to care tenderly for their families, refrain from evil thoughts and cook a good dinner. By living virtuously it was thought that the goodness transferred to the egg would be stronger.

The eggs had to be fertile, or the household would not be fertile. The symbols and colors all had meaning. An embattled line (a square up and down like the top of a castle turret) going all the way around and meeting is supposed to trap evil spirits and contain them. One of mine has a bird, this is supposed to ensure life and happiness in the home.

In 988 A.D. the Ukraine officially became a Christian state. The prince converted and forced it on the people. Velykden became Easter. Over time the pagan symbols took on Christian overtones. For example, the triangle went from symbolizing air, fire and water to symbolizing Father, Son and Holy Ghost.

After the advent of Christianity the eggs held even more power. People would take their eggs to church. At the church the eggs would be blessed evoking even greater power to them.

A Poem about Pysanky

Eggs are a symbol of rebirth throughout the world.  It is thought that hard-boiled eggs for Easter became popular after Lent in Europe because they were forbidden to be eaten during Lent.  People would hard-boil them to preserve them until after Lent.  They were a favorite gift for servants and children.  No where else is the dyeing of eggs such a tradition as in the Slavic territories.  Here it is an art form!

I learned a lot researching these eggs, but mostly I learned what a good friend she was! Pysanky are not just given to anyone. They are given to people to bless them and show esteem. They are only given to people you love and wish the best for.  Pysanky are given as a symbolic gift of life.  I never knew until now what I had been given, but I know I love her as always.  Language is not a barrier to love!

How to Make Pysanky

Learn how to Make Pysanky with These Step-by-Step Instructions 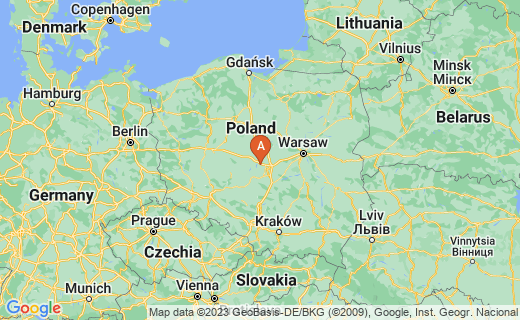