One November evening in the late 1990s my husband I were returning home from Christmas shopping. The radio was playing Christmas music, which my husband was tolerating. I smiled at him while he raised his eyebrow at me. I love the classic songs: "O Holy Night," "What Child is This," "Mary Did You Know," "I'll Be Home for Christmas," "Santa Clause is Comin' to Town," "Silent Night," and the list goes on.

From Thanksgiving to Christmas, he knows I am going to have Christmas music playing in the car and the house. Oh the poor man... Whatever!

I LOVE Christmas music and the way it makes me feel good. I want to buy gifts, give hugs, decorate the tree, and spend time with family - ALL of them. Christmas music is magical to me, but that "happy, happy, joy, joy" description does not describe my husband. I have to laugh and sing, "You're a mean one, Mr. Grinch" to him. It is not from a lack of trying to get him into the Christmas Spirit. 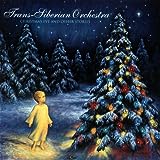 Have you been to a Trans-Siberian Orchestra Concert?

All of a sudden a seemingly subdued cello melody of "God Bless Ye Merry Gentlemen" began to play. It began to crescendo into this awesome hard rock melody with "Carol of the Bells" ringing out in rock opera fashion. "God Rest Ye Merry Gentleman" remained the chorus of this instrumental phenomena.

My husband looked over at me and we both reached for the volume. "TURN IT UP!" was in both of our eyes.

The pounding drums and piano, screaming electric guitar, and amazing electric fiddle vibrate through the air making our hearts pound.

We didn't know whether to be "air" directors, play "air" drums, or play the "air" guitar.

We were breathless. It was like our generation had arrived in the world of Christmas carols - with a PASSIONATE BANG!

"Mr. Grinch" actually liked it. I was amazed. For him, the words were not enough. There needed to be a perfect instrumental rock element to stir his Christmas Spirit. Okay, I get it.

Christmas Eve and Other Stories

What we were listening to was Trans-Siberian Orchestra's "Christmas Eve/Sarajevo 12/24" from their album Christmas Eve and Other Stories. We had to have it.

So we bought it and played the totally awesome rock/classical/opera mix for our friends then they wanted it.

It made great gifts for those of us who grew up in the '80's loving the classic rock of the 70's and hard rock of the '80's. Elements of Queen, The Who, Zeppelin, Aerosmith, along with Chopin and Beethoven. What a mix! Even our kids had to have their own copy of the CD. Now, we have to have the MP3 downloads for our iPhones, iPads, and iPods. It is as classic as the rock bands that every kid born after the 70's grew up with by either listening to it on the radio or having it played by their parents.

Paul O'Neill is the talent, creator, and imagination behind TSO. His creation has reached out to grab our social conscience. 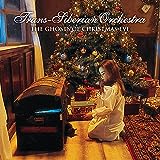 It wasn't until years later that we realized the magnitude of O'Neill's message in TSO's rock opera's narrator, Phillip Brandon. His deep bass voice told of situations of need throughout the world. An Angel going to one part of the world then another. The Angel reported of the need for a Savior.

It was a message that was 2,000 years old. The Spirit of Christmas through Christ to be delivered to all. His miraculous birth held the true meaning of Christmas. The greatest gift of all. Unconditional love to all. An old message to a young audience with their style of music, rather than the old carols.

A spectacular light show with multi-screens as the stage backdrop showing war torn countries and the poor and desolate crying out to the world for Peace on Earth and Good Will Toward Man.

We felt the heart-pounding compositions telling the story and the need for the true meaning of Christmas across the world all year round.

5 stars for Trans-Siberian Orchestra Christmas Eve and Other Stories