Christmas Fun Facts and Interesting Trivia From Around the World

Christmas is traditionally regarded as a Christian holiday honoring the birth of Jesus Christ, but many non-Christians have taken to celebrating it and following some of its themes without the religious component. Now, Christmas is one of the few holidays that nearly everyone in the world recognizes.

Whether treated as a secular or religious holiday, some Christmas traditions are essentially the same regardless of why and where it is celebrated. Giving gifts and spending time with loved ones, for instance, are two customs generally associated with the occasion. There are, however, certain elements and details that are distinctive to the country where the celebration is taking place. Below are several interesting Christmas facts and trivia from around the globe.

For many, the word “Christmas” brings to mind snow-covered grounds and people bundled up in heavy sweaters drinking eggnogs by the fire, but not for Australians. Christmas in Australia falls during summer and is celebrated by most people outdoors, usually in camping grounds or on a beach like Bondi Beach in Sydney.

Of the many Christmas songs that have been written over the years, “Stille Nacht, Heilige Nacht” or “Silent Night, Holy Night” remains the carol of choice for many Austrians. Composed by Franz Xaver Gruber and Joseph Mohr, it was first performed on December 24, 1818 in the small Austrian town of Oberndorf and has since been translated into over 40 languages and more than a hundred dialects.

Paris may be known as the City of Light all year round, but it has nothing on Colombia every 7th of December. On this day, as a form of tribute to the Virgin Mary and the Immaculate Conception, Colombians adorn their houses, the streets, and parks with lanterns and candles. The event, which is known as Día de las Velitas or the Day of the Candles, is considered the unofficial start of the country’s Christmas season.

Christmas is among the most lively and festive holidays in Cuba today, but there was actually a time when it was stricken off the holiday list of the country’s calendar. Fidel Castro’s government, which pronounced Cuba an atheist nation in the early 60s, banned Christmas in 1969 and only reinstated it in 1997 in anticipation of a visit from Pope John Paul II.

Though Islam is Egypt’s official religion, the country is home to quite a number of Christians who belong to the Coptic Orthodox Church. The Copts, like most Christians, celebrate Christmas with much enthusiasm; however, their celebration falls on January 7 rather than on December 25.

Every year, thousands of letters addressed to Santa Claus find their way to Finland. Many people might believe that the North Pole is Santa’s residence, but there are also a lot who are convinced that he lives at Ear Mountain in Lapland. He is also said to be a frequent visitor of the Arctic Circle, which has gained popularity for being the site of the Santa Claus Village.

In some parts of the world, children spend Christmas waiting eagerly for Santa to come down their chimneys bearing gifts. In Greece, people dread the idea of the Kallikantzaroi making their way into their houses through their chimneys and wreaking havoc inside. To deter the mischievous, goblin-like monsters from entering their homes, Greeks are known to keep their fireplaces burning through the night.

Christmas in Guatemala is very much a religious occasion. On the nine evenings before Christmas Day, Guatemalans participate in “posada” processions. The processions are a reenactment of Mary and Joseph’s quest for shelter, with groups of people carrying around figures of the couple and depositing them in a different house each night. On Christmas Eve, the figure of the baby Jesus joins the figures of Mary and Joseph in the last house. The processions are usually enlivened with some dancing and the singing of carols.

Like in many countries, Christmas trees are pretty common in the Christian-populated areas of India. What sets those places apart though is the fact that people there are more likely to decorate a banana, bamboo, or mango tree than utilize the more traditional pine or fir. Some also adorn their homes with banana and mango leaves.

With Islam as the primary religion in Morocco, Christmas has never really been as big a deal to Moroccans as it is to other people. This is starting to change, though, because of tourism endeavors. For economic reasons, businesses are trying to make the country more appealing and friendly to tourists by recognizing Christmas as a special secular occasion. As a result of their efforts, it is becoming more and more common to see Christmas goods and ornaments adoring the shops of Morocco.

To say that Christmas is an anticipated holiday in the Philippines is an understatement. Malls and stores are known to start blaring Christmas carols and working on their Christmas displays as early as September. By the time December rolls around, streets and houses are festooned with blinking lights, star lanterns of different colors and sizes, wreaths, and streamers conveying holiday wishes. 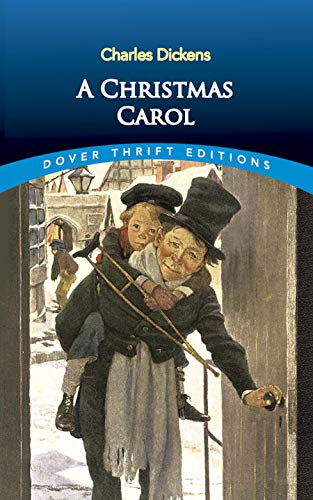 Fire is regarded as rather symbolic in Syria. On Christmas Eve, family members gather together and create a bonfire, which they don’t light until after the youngest child finishes reading the Nativity or Christmas story. With the bonfire lit, the assembled family members take the time to observe the flames, believing that their direction can reveal the home’s fortune for the next year.

The British equivalent of the U.S.’s Black Friday, Boxing Day is a public holiday that directly follows Christmas and is even referred to by some as the second day of Christmas. Customarily, this is supposed to be a day when employees and trades people are awarded gifts, either in the form of money or food. While this practice is still carried out, many opt to hand out the gifts before Christmas and Boxing Day has become more known as a shopping holiday, with many retailers offering dramatic price reductions.

When it comes to receiving gifts, children in Venezuela have others beat because they get presents twice during the Christmas season—on December 25 and January 6 (the day of Epiphany). Venezuelan kids are also not as attached to Santa Claus as other children are. Instead of the bearded man in the red suit, Jesus Christ and the three wise kings are given credit respectively for the December 25 and January 6 gifts.

It seems that despite the geographical boundaries and cultural disparities separating the peoples of the world, there are still certain things that they share—such as their appreciation for family, traditions, and special occasions that allow them to express their said appreciation for family and traditions. So wherever you find yourself this Christmas, may you have a marvelous and magical time.