A Simple Christmas is the Biggest Holiday in Growing Amish Communities

What is an Amish Christmas?

The Amish heritage is one of splitting from the Catholic Church in the 1600s to follow one Joseph Ammann to America in a simpler way of life.

Related to that split, the turmoil, strife, financial outlay, and other negatives of both the secular and religious Christmas celebrations in America are left to the "English" - those that are not Amish. Above all, an Amish Christmas is emotionally warm, glad, and peaceful. It is a community sharing an annual tribute to Jesus Christ of Nazareth, the Savior sent by God.

If the animals of the Christmas legend actually ever do talk on Christmas Eve, it would be in an Amish barn. The simplicity and depth of belief and celebration among the Amish is miraculous.

Giving and making others happy is the best part of Christmas.

Largest Amish Community in the World 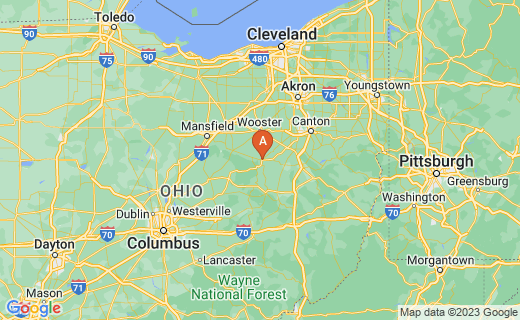 Ohio supports the largest community of Amish residents in the world in Holmes County, where over 40% of residents are Amish. An hour's drive from the state capital, Holmes County is a disorienting sight to first time visitors when they see horses and buggies sharing a large portion of roads and city streets with automobiles.

Other states with large Amish populations are Michigan, Pennsylvania, Indiana, and Wisconsin. Of note is the fact that Ohio State University researchers discovered and published the fact that among the Old Order Amish in July 2012 that an additional, new Amish community is founded in the USA every 3.5 weeks. The overall Amish population is growing in the 2010s, promoting the simple lifestyle among a greater number of people.

The Amish Are Increasing

The US Census finds in 2015 that 251,000+ Amish live in the United States and Ontario, Canada in 456 settlements or communities. The number is growing because of the size of large families among the Amish and because of increases in numbers of baptisms in the faith.

42% of Holmes County is Amish

Amish Growth: A new Amish community is founded in the United States every 3.5 weeks as of the end of 2017.

The Amish are one of the fastest growing religious segments of American society and others that want to simply their Christmas Celebrations can look to the traditions of the Amish in order to do so.

Generally, the Amish of America eschew the traditions of decorative lights, Santa Claus, Christmas trees, and mountains of presents. The Amish stick with candles in their windows, an array of freshly made baked goods to scent the air and tempt the palate, judiciously placed evergreen boughs, large Christmas caroling groups, visits to friends, and enjoyment of snowy sleigh rides in a horse and buggy.

Some homes display Christmas cards as a from of decoration as a centerpiece or a string of cards along a stair railings. Presents are a few high quality handcrafted items that last a long time. Family, friends, and faith in the Amish religious traditions are the backbone of Christmas for these communities.

Other parts of America may observe the Twelve Days of Christmas with parties and parades, but the Amish have their own gatherings, without so much of the glitz and expense. A little Christmas shopping is done here and there and some Amish communities are big on board games.

When you drive through snow covered areas of Amish Ohio in winter, you won't see plastic Santa figures on an Amish front lawn, but you will likely see a family of snowmen dressed in Amish clothing, along with a handcrafted nativity. Children help build the wooden structures and figures, while they learn the biblical Christmas Story from the adults.

My favorite Amish restaurant finally closed when the couple that owned it retired, so I looked around for others. I will miss the Yoders, however, as they always made the round of the dining tables and sat with their customers to talk. They hired Amish and Mennonite youth to work in their restaurant alongside adults of all ages. All of these workers were gracious and friendly. The small store at the front of the establishment kept a daily supply of fresh bakery items and homemade jams and jellies that are still unforgettable. I wish the Yoders well as they live on and est from their hard work, probably in special grandparent quarters on the family farm.

All of the food made at Yoder's in Newark, Ohio was made from scratch with fresh ingredients. About 50 miles to the west in Plain City, Ohio the Der Dutchman complex of restaurant, cafe/coffee shop bakery, and gift shop offer similar fare on a larger scale. Many of the delightful dishes at Yoders and Der Dutchman are enjoyed on Christmas Eve and Christmas Day in the Amish household, their preparations begun early in the midnight morning.

Amish Christmas food is the same as that of the Eastern Ohio farms of my great grandparents and grandparents in the 1800s. Fresh bread and cinnamon buns or bread-braids, yeast rolls and biscuits, bread puddings, cakes, and pies. Apple butter and homemade jam and jellies are stars on the table as well. Homemade noodles with mashed potatoes and either chicken or beef on top, covered with gravy, is a favorite meal.

Cookies from family recipes are big at Christmas among the Amish. As a boy, my father would receive a Christmas stocking filled with an apple, an orange, some walnuts, and a few candies; but the Amish receive more than that. Besides a huge meal on Christmas Day, Amish children have new board games or a few new toys from commercial stores, well-made handcrafted new clothing, but no electronics. Computers and iPods would be distracting from better things in life and cause strife. My father, of course, never had an iPod or a television, but he did build crystal radio sets as a boy. Apples are a major food item on Amish farms, because Johnny Appleseed provided them to the states of Ohio, Michigan, and Indiana as he planted seed and grew orchards that he gave away to good caretakers.

My grandmother made apple butter as many Amish have done - in a large iron kettle over a backyard fire. They have all preserved produce as well, in pickles, relishes, chutneys, jams and jellies, and pie fillings as well as glass-jarred, canned vegetables. Christmas brings out all of the best dishes.

Eliminating some of the expense and hectic nature of the Christmas Season might be right for many of us as well. 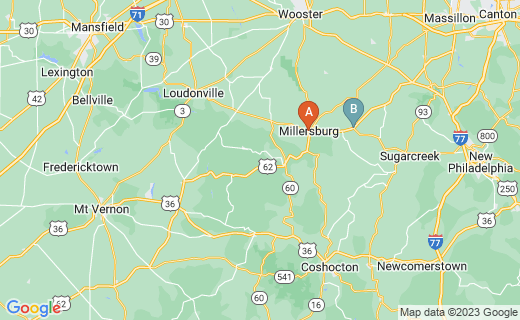 The Amish in Ontario

The Amish and Mennonite populations of Ontario first settled in Western Canada before 1950 and migrated southward to Mexico. In the 1970s, these groups began to migrate back northward, this time to Eastern Canada and specifically, Aylmer, Ontario.

In 1953 after the Korean War, some Old Order Amish members also migrated toward Ontario and settled east of Aylmer. Their reason for migration was the escape from a nuclear facility being construed near Cincinnati near their settlement. From 2006 to 2011, the population of the main Aylmer group grew by about 100 individuals to nearly 7,200 residents.

The Amish and Mennonites of Aylmer often participate in the Aylmer Farmers Market and Flea Market, bringing authentic handcrafted foods, hand raised small livestock, and handmade furniture to sell. The Christmas season brings in large revenues for these groups. 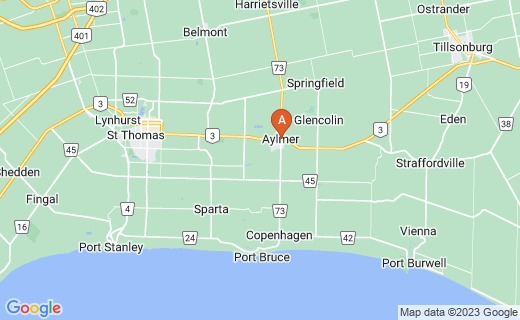