Feast of the Epiphany - The Twelfth Day of Christmas

Epiphany Celebrates the Arrival of the Three Wise Men

January 6th, is the Feast of the Epiphany.

Epiphany is the traditional end of the Christmas season in the Western Church and is traditionally the day when people put away their Christmas decorations.

Epiphany is the Traditional 12th Day of Christmas.

The Christmas carol, The Twelve Days of Christmas, describes the Christmas celebrations in England as they were observed in medieval and Tudor times.

In some Latin American countries the period of the Christmas celebration and observance extends for forty days from the birth of Christ on December 25th through Candlemas (Candalaria in Spanish) which occurs on February 2nd.

While in America Epiphany tends to be observed mostly in Churches, it is both a religious and secular holiday in other parts of the world.

Since it is a day of religious observance in America and, in the Catholic Church not a major feast day on which the faithful are expected to attend Mass, Epiphany has tended in recent years to be observed on the first Sunday after the first Saturday in January. Most Roman Catholic and Protestant Churches in the U.S. now observe Epiphany in this manner. 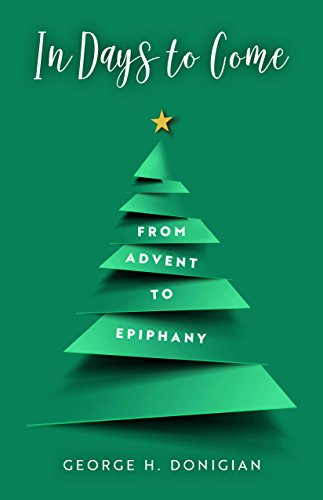 In Days to Come: From Advent to Epiphany
Buy Now

The Arrival of the Magi

Epiphany is the date on which Caspar, Melchior and Balthasar, who are variously referred to as The Three Kings, Three Wise Men or Magi arrived from the east bearing gifts for Jesus. In the story they see the star in the west announcing the birth of the Messiah and then follow the star to see the new king. They bring gifts of gold, frankincense and myrrh. When they arrive they go to King Herod's palace seeking information as to where to find the newly born king. Herod has not heard of the new king but, fearing that baby might be a threat to his position as king, instructs the Magi to seek out the location of Jesus and then come back and let him know where Jesus is so he, Herod, can bring gifts also.

The Magi do find Jesus, but God directs them in a dream to return home by another route so as to avoid having to meet Herod again and tell him where to find Jesus. Not hearing from the three Magi again, Herod proceeds to have his troops slaughter all infants under the age two so as to remove this possible threat to his throne.

Mary & Joseph Kneeling Next to the Crib holding Jesus

Many Legends Surround the Magi

There are many legends surrounding the Magi but the only biblical reference to them is in the Gospel of Matthew where it is found in Chapter 2, verses 1 – 12.

Matthew does not give a number but simply refers to them in the plural. Matthew does describe them as opening their coffers and giving Jesus gifts of gold, frankincense and myrrh.

Down through history the Magi have been represented in stories, pictures, etc. in varying numbers and not limited to three. The early church in the West portrayed them as being three in number and that is how they appear in our stories and traditions.

The number three was probably arrived at because of the three gifts – gold, frankincense and myrrh. Many stories and paintings portray the Magi as three with each one presenting one of these gifts.

Arrival of the Maji

However, Matthew in his Gospel simply states that they opened their coffers and presented the baby Jesus with these three things.

Three also made it easy to have them representing each of the three races of the world – African, Asian and European and many paintings, both ancient and modern depict each of them as being of a different race.

However, the Eastern (Orthodox) Church, however, has always depicted the Magi as being twelve in number.

Until the arrival of the Magi, all of the characters in the Christmas story are Jewish.

Jesus himself is Jewish and his arrival, which was foretold by Jewish prophets, was the fulfillment of the promises God had made to his chosen people, the Jews.

But the Magi are not Jews and their coming to bring him gifts and pay homage to him is the first indication that Jesus and his message are universal. Jesus has come to preach his message to the whole world, not just the Jewish people.

Epiphany Carol - "We Three Kings of Orient Are"