It's that time of year again -- the Fourth of July! Children use it as an excuse to set sparklers on fire and run through the streets while their parents throw BBQs, but as we know, there's a much more serious meaning to this holiday.

The free Fourth of July clipart below will help you commemorate Independence Day, and decorate party invitations and place cards, and the story below about the origins of the July 4th celebration will remind you why we're celebrating in the first place.

This clipart was created with the premium version of Picnik, the free online graphics program anyone can use. I highly recommend Picnik for photo editing and all kinds of image fun. 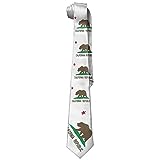 1. Please read the Terms of Use below before downloading the clip art.

2. Choose a small version of any of the Fourth of July clip art images above the large image to the right. When you click on one of the images, it will appear larger. Once you've chosen an image and see it larger, double-click on the larger image, which will make the best version of the art appear.

Feel free to use this 4th of July clip art all you want for scrapbooks, craft projects, handmade cards and other non-commercial uses. You may also use the clip art on blogs or Web sites, as long as you provide a link to this page and DO NOT group the images into a collection and distribute them, either free or for a fee. Please use a screenshot if you want to post multiple images on one page.

If you'd like to incorporate any of these images into commercial products or use them for anything else not described above, please read the Picnik terms of service, which governs their use. If you want to make variations of these images, I suggest that you get a Picnik account, which will allow you to create your own images. To learn how, please read my tutorial about how to create clip art images with Picnik.

The History Behind the 4th of July

People had to work very hard in the 13 colonies that comprised mid-1700s America. It was a difficult life. With no established infrastructure, the early settlers who had come from England to start new lives had to scratch and fight just to stay alive. There was bitter cold in the winter and little food, and they had to depend on each other just to get through each day. So when taxes from England were piled on top of their already heavy burden, it rankled. Over time, this burden became too much. The growing colonies yearned to be free of the obligations of being British citizens and owing allegiance to King George.

The colony of Virginia was the first to move toward independence by voting to set up the First Continental Congress to represent the colonies. This groundbreaking committee met for the first time in September 1774. They outlined their complaints against the king, which became the first draft of a document that would separate the colonies from England once and for all. This caused a war with the British in Massachusetts. George Washington took command of the Continental Army and for eight years many colonists gave their lives in the Revolutionary War.

While the war was still being fought, on July 2, 1776, the Second Continental Congress was convened to debate a second draft of the list of grievances against the British crown. John Hancock, who was the president of the Second Continental Congress, was the first to sign the final draft. This document, which was so aptly named the Declaration of Independence, was considered treason against Britain. It was so revolutionary; the 56 signers were in danger of being executed for treason.

The Continental Congress adopted and signed the final draft on July 4, 1776, even though the Revolutionary War raged on until 1783. When the war finally ended, July 4 was named "Independence Day" and made an official United States holiday. It wasn't until 1941 that Congress made the 4th of July a federal holiday.

So, there's a quick reminder of why we celebrate. I hope it helps you enjoy the holiday all the more!