There are tonnes of Halloween costume ideas out there, but if you want to make double the impact at a Halloween party, grab someone else and go as a couple. You don't necessarily need to team up with a partner, you can dress up with a friend, a family member or even the dog!

Whether you are aiming for a sexy, grown-up look, a cute and funny outfit, or something to scare the wits out of your friends, here are some ideas to get you started. There are some videos tutorials for a couple of costumes, plus links to where to buy costumes if you don't want to make your own. Happy Halloween! 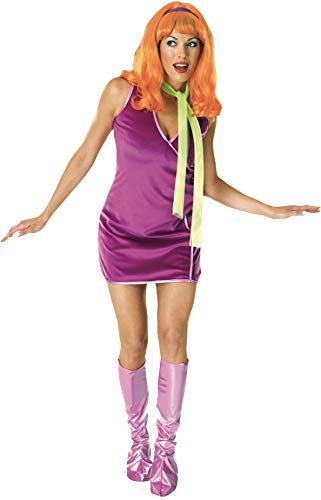 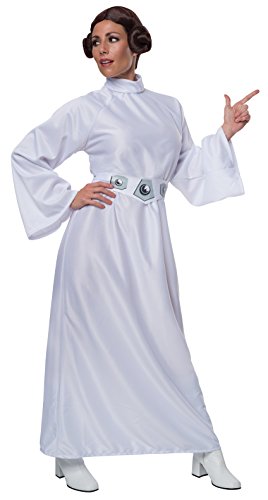 If you want to be instantly recognisable, dress up as a famous couple, whether it's a historical couple, cartoon character couple or a pair from a fairy story or legend. You can either buy a costume off-the-peg or make your own.

How to Make a Toga!

A Homemade Halloween Costume for a Couple

Time or money running short? Try making your own costume - here's a basic kit for a Julius Caesar/Mark Anthony and Cleopatra outfit.

Cut the sheet in half. Make one half into a "skirt" - sew or pin depending on time. Put on the tee shirt then drape the other half of the sheet over the shoulder and tuck into the "skirt" - you have a toga! Still not sure - take a look at the video to the right! Trim it with an Imperial purple border if you have time. Wear sandals or lace-up boots.

Make a skirt from the sheet - keep it fairly long and tube shaped. Put on the bra top or vest. Tie a wide gold scarf or belt around your waist. Put some gold braid in a band around your head. Pile on the mascara and eye liner. Wear some sandals and an aloof expression!

Take Some Risks with Your Halloween Costume!

You don't need to be the perfect replica of the couple you are mimicking. Sometimes, it's far funnier when you look less than perfect - especially if it's intentional. For instance, a bearded man playing Red Riding Hood with a pretty wolf is more interesting than the traditional representation. Or go as the Grady Twins from The Shining even if you clearly aren't twins (or even the same gender).

It's fine to want to look cute, but Halloween is, after all, about ghosts and ghouls, so perhaps a scary theme is more in order. There are plenty of dark characters to choose, whether you take your inspiration from iconic horror films or myths and legends.

A Funny Muppet Costume for Halloween

A Plug and Socket Couple Costume

If you want people to die laughing at Halloween, then opt for a funny costume. There are plenty of quirky ideas for Halloween couples as well as witty ideas. You could either go for a comedy duo, a funny pairing or an unusual idea. Sending up a traditional costume by turning the tables (boy plays girl or vice versa), as described above, is another ploy. Your funny costumes could be:

If you'd rather raise temperatures than a laugh, you and your partner could slip into something more seductive for Halloween. Almost all costumes can be given a sexy twist and there are many options on offer. Whether you want to be a lascivious vampire and buxom victim or saucy pair of devils, Halloween gives the perfect opportunity to get fired up. Here are some costume ideas that dare to bare.

Amaze your guests with your knowledge of this fascinating holiday - my fellow hubber Wilderness has written an excellent hub on the origins and history of Halloween.

If you have a family party, why not try some ideas for Halloween Costumes for the whole family from Brainy Bunny? Or, if you're a cartoon fan, try out GoodLady's cartoon character costumes.