Remember remember the 5th of November

Celebrating the capture and subsequent hanging of one of the people involved in the plot to blow up UK Parliament may seem like an odd thing to do.

Using words like terrorist, bomb and explosion are frowned upon these days and will get you a lot of unwanted attention.

But every 5 th November in the UK and in many other countries around the world we celebrate Guy Fawkes Night or as it is known globally. Bonfire Night.

So what are we celebrating exactly? That he got caught, or that he tried to blow up the British government.

In recent years, the hacker group, Anonymous, have adopted the

Guido mask as they see themselves as the modern day equivalent of Mr Fawkes and his merry men. Mr Fawkes picked up the nickname Guido, when working as a mercenary in Spain.

The world famous rhyme. Remember, remember the 5 th of November rhyme is chanted by millions. But do you know what it actually means?

Every year on this day, we collectively spend more money on

In some cases we 'are' financing these nations, as this is where most fireworks are now made. Health and safety laws in developed countries, being what they are.

Did you know the full Guy Fawkes Poem?

It appears that we enjoy freezing ourselves to death, in the cold and usually wet British November weather.

Waiting to see if someone is going to blow themselves to kingdom come and burning Guy Fawkes.(1570 – 1606) in effigy has been a national pastime for 100's of years.

Many a child in England would be encouraged to go begging for a penny, with a Guy Fawkes effigy made from old pajamas and anything they could lay their hands.

This form of begging was completly acceptable and no one seemed to consider it odd that children would be encouraged to spend so much time making something to earn money and then throw it on the bonfire.

Many children in the UK and around the world know the opening few lines of this dark nursery rhyme without knowing exactly what they are singing about.

In the time before mass literacy, these rhymes formed a part of the oral history of the people. It was also a way of indoctrinating people into believing a particular viewpoint.

Most of the peasantry learned by these oral tradition. This learning took the form of songs, stories and rhymes.

Rhymes are often used in this way, to assist the illiterate to remember the details of the story.

The ease of learning a song or rhyme, helps to reinforce the details of the events.

In a world of non-readers, this oral method of passing on knowledge worked well, and still does in some countries, where illiteracy is still common.

The Full Guy Fawkes Poem has evolved over time as we can see from these two examples below.

This is one of the drawbacks of an oral tradition. People tend to embellish and develop the story in new directions. This of course also happens in written works.

Don't you Remember,
The Fifth of November,
'Twas Gunpowder Treason Day,
I let off my gun,
And made'em all run.
And Stole all their Bonfire away. (1742)

Cited by Ronald Hutton in

The Stations of the Sun

The verses below are probably the best known version of the rhyme but how many people know the whole rhyme?

Remember remember the 5 th of November

I see no reason why gunpowder, treason

should ever be forgot.

To blow up the King and Parliament

Three score barrels of powder below

By God's providence he was catch'd

With a mark lantern and burning match

This full version of the rhyme gives a lot more detail of the plotters and whose side the rhyme makers were on.

The 'Gunpowder Plot' conspirators were

But what exactly were they up to and why should we remember them?

Guy Fawkes nickname 'Guido' was picked up whilst fighting for the Spanish (Catholics) in the 80 years’ war against the Dutch Republic (Protestants). He wasn't in the war for the whole time obviously,

The Protestant King James 1st of England was not to keen on Catholics. You know what’s coming don’t you.

King James 1st had stated that he did not want the Catholic religion, gaining a firmer foothold in England.

Those Catholics that already existed should not be molested. It was a time of persecution for Catholics.

James 1st' comments were interpreted by many, as an invitation to abuse the Catholics.

Guy Fawkes and his buddies decided that they had a right to protect themselves, and plotted to blow up the House of Lords, at Westminster Palace.

An Act of Treason. Well they got pretty close to achieving their aims. They had deposited the gunpowder in the basement (or under-croft), of the House of Lords. When they were about to light the blue touch paper and retire, on the 5 th of November 1605 AD.

The plotters were discovered and captured. Treachery was as common back then as now.

Someone had sent an anonymous note to the authorities, about the treason plotters. Fawkes was found with the stockpile of gunpowder and was arrested, tortured, found guilty and summarily tried, yes in that order.

I don’t think they water boarded him, but who knows?

Before the authorities had the opportunity to hang him however. He leapt from the scaffold and broke his own neck, so at least he wasn't alive for the drawing and quartering.

The drawing part is where they carefully hang you by the neck until you are almost dead.

Then they take you down to recover and maybe hang you some more. Then they cut open your guts and show you your own intestines.

Finally they chop you into four pieces and send your bits, to the four corners of the kingdom.

The reason for this practice was to send a message to the whole country. That this is what happens to you, if you plot treason. A bit like community service today for young offenders.

A deterrent if you like. So for generations the 5 th of November is still remembered.

Many people today, are unaware of the gruesome acts that inspired this annual celebration. Hopefully it all makes sense to you now.

The Root Cause of the Treason and Plot

England had been going back and forth between Catholicism and Protestantism even since Henry the VIII (1491 - 1547) invented Protestantism.

Henry had wanted to divorce any wife, that failed to produce a male heir to the throne.

The Pope wouldn't allow divorce in those days, so Henry VIII decided to make up his own religion.

He set about robbing all the Catholic churches.

This act was known as the dissolution of the monasteries,(1536 & 1541) and would eventually lead to the English Civil War, and the dictatorship of Oliver Cromwell.

So the scene is set. England had been in religious turmoil for quite some time, and had all sorts of plagues and great fires of London to content with.

What they don't need is a bomb under parliament.

Combined global sales figures for fireworks are in excess of $350 million a year. The US’s 4 th of July celebrations account for huge sales annually.

The bulk of these fireworks are manufactured in China and India.

I wonder who our descendants will be burning in effigy in the future. I can guess at a few candidates.

Will we still be burning Guy Fawkes to celebrate his failed Gunpowder Plot of 1605, or some other modern terrorist, who knows?

There are so many to choose from these days.

House of Lords. London Site of the Plot! 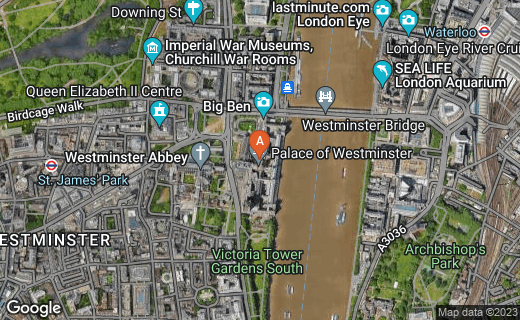 Who Was Guy Fawkes?

Have You Ever Heard Of Guy Fawles?