Beware the Vampires, Ghosts, Witches and Werewolves on Halloween

Protect Yourself From Ghosts and Witches on Halloween

Beware the Dangers of Halloween Night

It's easy to make light of Halloween as costumed children beg for candy and Jack-o'lanterns flicker on porches. I'm here to tell you that there are scary things in the Halloween night like vampires, werewolves, ghosts and witches. We need to protect ourselves from the unseen dangers lurking in the dark. Don't be fooled by the holiday atmosphere of stores stuffed with orange and black decorations and Halloween costumes or neighborhood houses decorated with festive pumpkins and lights. The dangers of Halloween are not all make-believe! Beware of the real vampires, werewolves, ghosts and witches and take care!

How to Ward Off Evil Spirits on Halloween

In your pocket, carry a handkerchief tied into a knot to ward off evil. Wear or carry an amulet of agate or turquoise or put a silver dime in the heel of your shoe to protect yourself from the evil spirits. I don't have a protection against the blisters you might get from the dime in your shoe, but at least you won't be plagued by evil spirits. For extra protection carry a rabbit's foot or put a piece of rattlesnake skin in your shoe.

Tip: It's best to get the rattlesnake skin ahead of time rather than looking for a rattler to skin that night.

How to protect against Werewolves

The plant Wolfsbane is rumored to act as a poison towards werewolves. The problem with werewolves is that they could be someone we know during the day and being a werewolf is just their night job. So it's really better to turn them back into human form if you can. If a werewolf is dunked in water it returns to it's human form. You can strike the werewolf three times on the head with the flat of a knife blade and it will return to human form. This is a little dangerous as it requires you to be pretty close to the werewolf. If you have to kill a werewolf, use a silver bullet. (Yeah, you can get them at Walmart!) Once you’ve defeated the werewolf, cut off its head and burn it. Don't put the ashes in water as it will pollute the water, but you knew that, didn't you?

Protect against evil Witches (not the good witches)

Witches are not always bad, but they can bewitch you. To keep witches from coming into your house under the door, hang a horseshoe over the doorway pointed down. German folklore says that sleeping with a piece of silver under your head will keep witches away. To be extra safe, turning your pockets inside out should do the trick.

Protect Yourself From Vampires on Halloween

Vampires are even more dangerous than ghosts, and you should take careful precautions against them. You can protect your home from vampires by sprinkling mustard seed on your sidewalks and hanging fishnets over the windows. But don't forget to protect yourself if you go outdoors. As you know, the most common protection against vampires is garlic. Do not, I repeat, DO NOT go out of the house without your garlic necklace and a little garlic rubbed under your arms. Your friends will thank you for keeping the vampires away from their parties. Your bell will also come in handy here because constant ringing will drive away the vampires (along with any undesirable company). If you do run into a vampire despite all your precautions, you can get rid of them by splashing them with your vial of holy water. Oh, didn't I mention that you should have a vial of holy water handy? Anyway, that should do the trick. In extreme situations, you can stab them with a wooden stake through the heart, but that's pretty unpleasant.

Protect Yourself From Ghosts on Halloween Night

In England and Ireland, folks know that souls are released from Purgatory on All Hallows Eve, the night before Halloween, for 48 hours. To protect yourself from ghosts, you should wear silkstone or silver and take several additional precautions.

Carry a bell. If you are walking on Halloween night, you can ring your bell occasionally and it will ward off the ghosts. Whatever you do, if you hear footsteps, don't look behind you. If a ghost is following you and you look into it's eyes, it could mean the end of you!

You can also carry a lump of bread as a peace offering to ghosts. If you do come upon a ghost that you can't avoid, walk around it 9 times and it will go away. 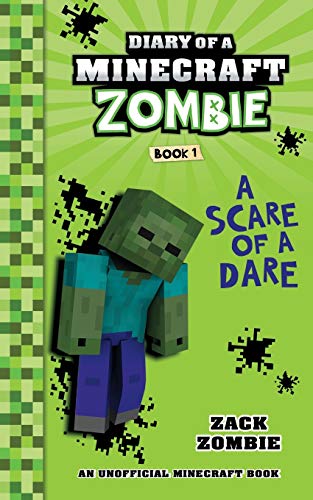 Diary of a Minecraft Zombie Book 1: A Scare of A Dare (Minecraft Adventure)
Buy Now

Protect Yourself From Zombies

Zombies have starred in so many movies that we will certainly know them when we see them. Dripping gore and rotting flesh (yech!), they are probably the most disgusting of the ghouls that we might meet on Halloween night. Mostly found in Haiti, Zombies are also called the Undead, the dead come to life. They start out slow and clumsy, but they have a purpose in life or unlife, as the case may be. They want to eat human brains. The best protection against zombies is to stay away from their hangouts, like cemeteries and funeral homes at night. If you do get cornered by a zombie, it's best to kill him with a shot or blow to his head as any other parts of the zombies body are immune to injury. If you wear a protective amulet of chalcedony, black sapphire or silver, you may be lucky enough to never meet a zombie. And, lets face it, you have other things to worry about on Halloween.

Don't go unprepared into the spooky Halloween night! Use the tips above to protect yourself and your loved ones from the special dangers of this creepy season. You'll have zombies, witches, werewolves and ghostly spirits knocking at your door that night. Pretend that it's all a game and give them lots of candy bribes, but wear your amulets and garlic and put that rattlesnake skin in your shoe. You know that some of them are really who they say they are. If you play your cards right, you'll survive until November 2nd, Day of the Dead. But that's another story.

Have a Spooky Halloween!