Hilton Hotels are upscale, full service properties catering to business travel and leisure guests. They are a chain of over 500 hotels all over the world from Rome to Omaha. Hilton Hotels are enjoying a phenomenal growth in online sales. Hilton hotels are the place for you if you want a distinctive hotel. Hilton Hotel Corporation was created by Conrad Hilton who purchased his first hotel in Cisco, Texas in 1919. The first hotel which carried Hiltons name was opened in Dallas in 1925. In 1943 Hilton hotels became the first coast-to-coast chain of hotel in America, which was placed on the emphasis on the service of business customers. Then Hilton became the richest man in the world. In 1949 he opened his first hotel outside of the USA in Puerto Rico. Conrad Hilton died in 1979 and his son Barron Hilton followed and by the year 2000 Hilton Hotel Corporation had nearly 500 hotels around the world. Hilton Hotels Corporation is engaged in the ownership, management and development of hotels, timeshare properties and the franchising of lodging properties.

Hilton hotels are known for featuring world class accommodations in the countries hottest destinations. The hotels are adding MP3-friendly alarm clocks, allowing guests to awaken to their own music. They are internationally known for their Hilton Meetings Business Centres. Hilton Hotels are known for a high level of comfort and prestige. The Port of San Diego and Hilton are planning to develop a 1200-room hotel on the waterfront adjacent to the San Diego Convention Center. The prestigious Hilton Malta promises the best in accommodation and a high standard of service for which Hilton hotels are renowned. For business or pleasure the Homewood suites by Hilton hotels are designed with all the comforts of home in mind. The Hotels are the "Official Hotel Group of UK Athletics and the Great Britain and Northern Ireland Athletics Team." Hilton Hotels are now building computer files on customer preferences using a system called OnQ, pronounced "on cue". The Hotels are known across the globe and offer a choice of 2700 quality hotels in the UK, Europe, Asia, America, Africa and Australia. Room 902 in the Amsterdam Hilton became famous when in 1969 Yoko Ono and John Lennon staged their first Bed-In for Peace.

Hilton Hotels is one of the market leaders in the hotel and gaming industry in the United States. Hilton is a well-known and distinguished name in fine hotels across the United States and worldwide. In 1999, Hilton expanded aggressively by acquiring the Promus Hotel Corporation, Hampton Inn and Suites, Doubletree Hotels, Embassy Suites Hotels, and Homewood Suites. Hilton Hotels Corporation has grown to become the world’s most recognized and most successful hotel company (Hilton Innovation, 2007). With the 2006 acquisition of Hilton International, Hilton Hotels Corporation became a global force with more than 2,800 hotels in more than 80 countries throughout the world (2007).

HHC, like all major hotel corporations, is continuing to recover from the events of September 11th. This tragic human event also delivered a financially devastating blow to the travel industry as a whole and to the hotel industry in particular. In order to fully recover and thrive in the coming years, HHC must assess its overall all strengths and weaknesses as it moves forward through the new millennium. The following SWOT Analysis sheds some light on some of the pitfalls and opportunities that await the Hilton Hotels Corporation.

By studying national and regional industry trends, HHC will be able to take advantage of opportunities that will enable growth while identifying threats that may affect profitability. Growth in the hotel and hospitality industry will include a continued focus on gaming, international expansion and using all media to promote its products to potential customers. One recommended strategy for Hilton is to emphasize the importance of family in all its hotels, including the gaming and casino locations. Las Vegas has spent millions to attract families by adding children’s attractions as well as the traditional casinos for the adults. Most of the hotels have at least a small area dedicated to arcade games. However, some hotels have elaborate arcades, game areas, and child-care centers intended for those traveling with children (Hilton Hotels Corporation, 2007). Hilton needs to ensure they are right in the middle of this demographic of parents traveling with children. While the focus can still be on the high dollars that are tossed around in the casinos by the parents, it will be critical that the hotel have the facilities available that will attract parents with children to stay at the property. Since there is a greater demand and vacation time has become one of the few times that families are able to spend quality time together, Hilton must capitalize on this market segment. 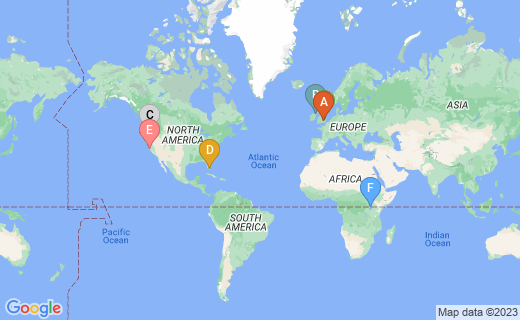