When Did This Holiday Begin?

This is an American holiday in honor of Scottish independence from Britain in 1320 AD. On March 9, 2005 the US House of Representatives voted in favor of House Resolution 41 to create National Tartan Day. In 2008, President George W. Bush added his Presidential Proclamation to the celebration.

On October 21, 2010, the Minister of Canadian Heritage declared April 6 a holiday as well.

Scotland declared the holiday for the first time in 2004.

April 6th is National Tartan Day in America and you can celebrate by researching your family history and finding whether you have any Scottish - or Irish - heritage. Both the Irish and the Scottish have the traditional plaid cloth designs to honor families. They both have bagpipes as well. The various clan plaids from which traditional clothing is made allows whole family to be recognized at once.

Both the Scottish and the Irish were instrumental in building America after they immigrated to the US during the Great Potato Famines that scourged their nations as well as Wales. Almost immediately upon arrival, the Celtic groups played important roles in building locomotives and laying the tracks for for them to travel. 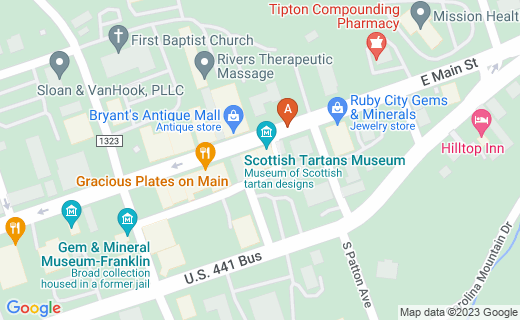 Others began farming, weaving their music into the American tapestry to create much of the Appalachian tradition. Many of these people brought tartans with them to the US and their descendants have always kept them, either framed and displayed as art or packed in trunks. However, the plaids were worn over many Confederate uniforms during the Civil War.

Native Americans also wore tartan materials, because they were friendly with the Scots and Irish settlers, who treated them with respect.

Today, many of the original designs are housed in a museum located in the Great Smoky Mountains not far from the Appalachian Trail. Before his death in 1832, the renowned author of Ivanhoe, Sir Walter Scott, carried out an innovative propagandist measure by creating completely inauthentic, phony tartans.

Scott provided the materials to poor Scottish workers and to English government officials that were not closely related to anyone in the UK.Soon, nearly everyone could claim official clan membership based on the material designs Scott created and distributed.This lessened the status of the richer classes that wore full kilt and kit as status symbols.

The plaid plot included King George II, a German of the Hanover line. Imagine Scottish reactions when they discovered the German wearing a kilt!

If you think you may have a family-based historical tartan, then research your family history thoroughly and deal only with respectable dealers of genealogy products. As in Sir Walter's Scott's era, not all plaids are special. In fact, you can make up your own to celebrate the April 6th holiday in America; but, beware of expensive fake tartan dealers online and in brick and mortar shops.

How to Celebrate Tartan Day

Create your own family kilt pattern for fun. After all, the original legitimate clan patterns were all created by someone and did not descend from Heaven on a cloud. The clans-people and their families created them out of wool, various dyes, and a floor loom.

If you have young children, you can work with them in order to come up with your own family crest or coat of arms and tartan. Write a history of your family and while you chose the symbols you selected for your coat of arms - get the grandparents involved - and keep the history with your creations. You might want to use your new creations on T-shirts for your next family reunion.

Several online graphic generators allow you to design your own tartan, even if you are not descended from Scots or the Irish. The most widely known of these generators are:

The first maker on the list provides selections of up to six colors. You can experiment, selecting different combinations and seeing a swatch of the result each time. You can save your favorite and you can order cloth made in that pattern, but the cloth may be expensive. I remember a Scottish fabric and tailoring shop in Georgetown in Washington DC in the 1970s and finding the least expensive pattern on hand cost $40 per yard.

Check your clan pattern against all those that are officially registered in the National Records of Scotland. You can find a pattern or attempt to register a new pattern at www.tartanregister.gov.uk/index

Attend or Organize a Parade

Parades celebrating April 6th can be found across America and you can organize one in your own community as long as you receive a parade permit from the city or town. Neighborhood organizations may also be able to grant permission to parade, just as they do for July 4th.

Existing parades are held in the following communities:

Your city may have a piper's association like the one in Columbus, Ohio:: Some Famous Scots Descendants in America

My job is to find the politicians and the presidents and the pompous people who are telling other people how to live, powerful, visible creatures and ... go at them.

The US States and several individual American cities have begun to host seven-day celebrations of the holiday, with one Tartan Month observed in the USA.

It's all becoming as big as St.Patrick's Day. See the links below for more.